Apple Music got to bathe in the success of Drake’s new album Views for 2 weeks, but now it’s released on Spotify Drake has taken Justin Bieber’s place as their most streamed artist ever.

Drake has always been a massive presence on Spotify and with the release of View’s, after 2 weeks exclusively on Apple Music, Drake has pushed his way to the top of Spotify. With over 3.1 billion streams he only just edges past Justin Bieber, both of whom are however far ahead of Ed Sheeran’s third place with 2.15 billion streams. 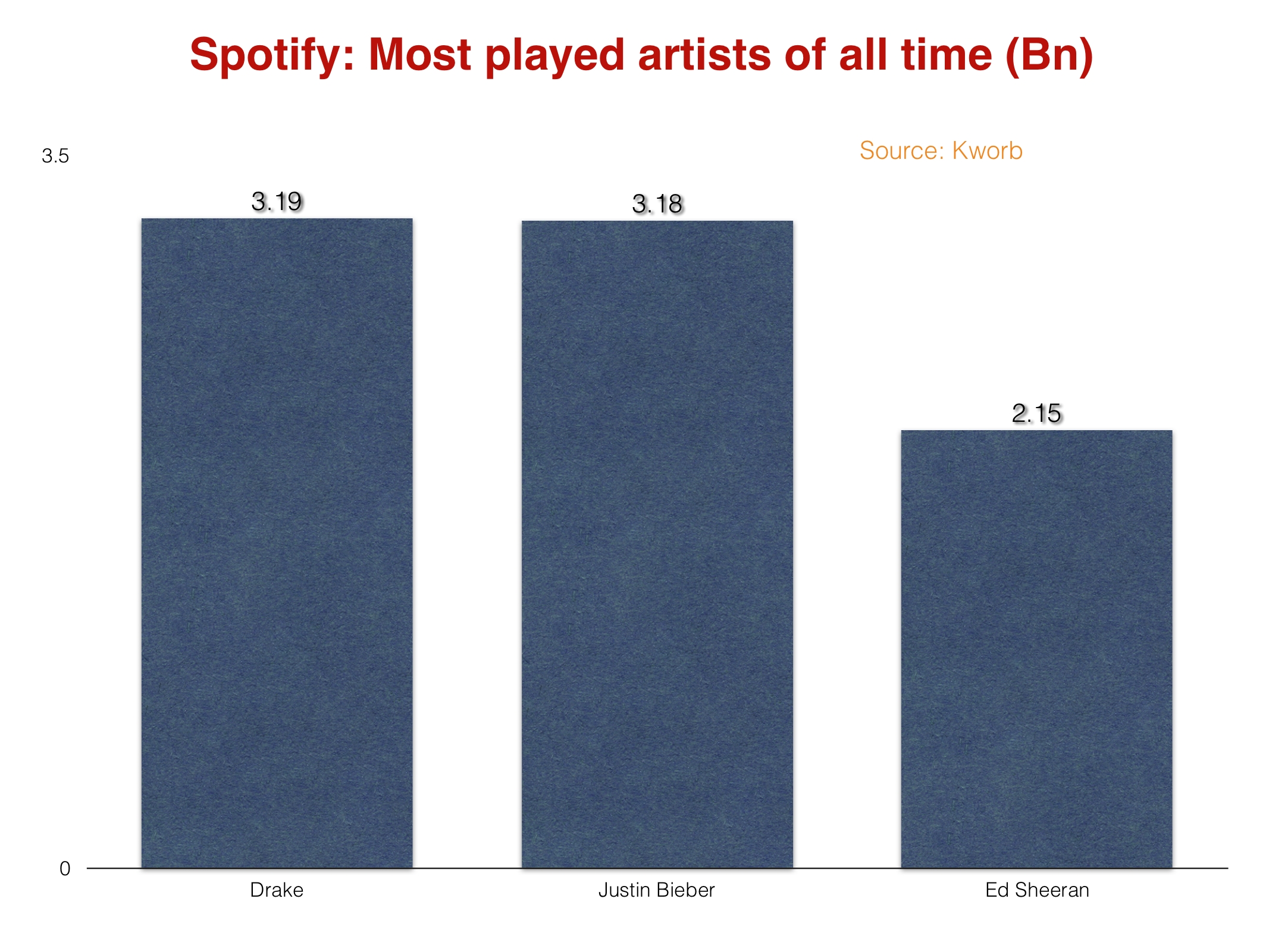 Drake’s Spotify success story doesn’t end there though. Thanks to the new boost in his streams with the release of Views he has also become the most popular artist of the last month with 33.7 million active monthly listeners, taking Rihanna’s top monthly spot.

Still thinking that’s not enough, that Drake deserves one more top spot on Spotify? Drake’s most recent single from Views, One Dance is currently number 1 on Spotify’s Global Top 50. The track has almost 6.5 million plays daily and is the final piece of proof needed that Spotify users love Drake, and he’s dominating.

In the first week of it’s release Views broke the record for album streams in a week with 247 million streams on Apple Music just in the US.