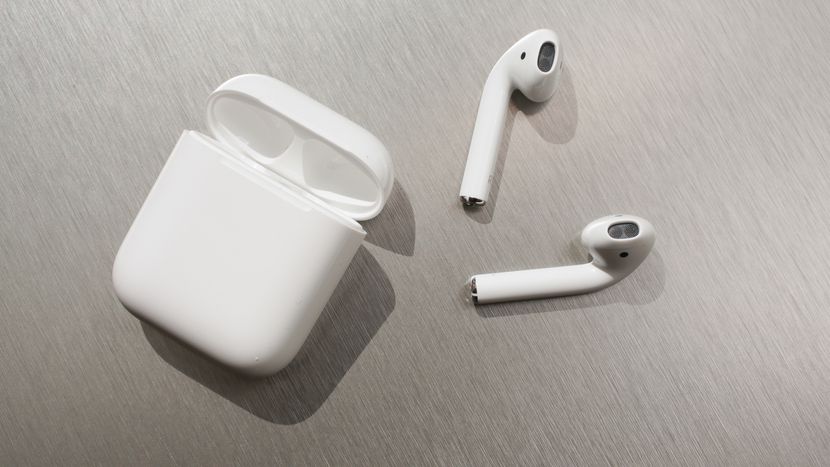 As Apple build up to the launch of the next generation of AirPods a new patent suggests that their updated earbuds will come with a lot more sophisticated tech.

Apple’s AirPods have received mixed reviews in the 2 years they’ve been available with praise for their quality and wireless functionality but drawing criticism for their size/wireless design making these $160 earbuds very easy to lose. Some listeners complained that the AirPods weren’t comfortable, either not fitting into their ears or being uncomfortable when pushed firmly into their ears. A new patent suggests this might be in some way solved with their first upgrade to their AirPods since they launched.

The approved patent application, which 9to5Mac discovered, shows an earbud design that “can be worn interchangeably in either a left or a right ear of a user”. The patent describes that the earbuds would use biometric sensors to sense it’s position in the ear to “alter operation of the earbud in accordance to which ear the earbud is determined to be sitting in”.

The patent fuels the fire that we could be seeing new AirPods releasing soon. A new Ming-Chi Kuo report just days earlier suggested that updated AirPods could be releasing as soon as the first quarter of 2019 and will include wireless charging technology. However details in the patent imply that their biometric sensor technology might not feature in their earbuds until 2020.

Despite the concerns with certain aspects of Apple’s earbuds they have become the most popular Apple accessory in years – and not just because people keep losing them down the side of the sofa. According to people surveyed many users said that they plan on buying AirPods before they would buy a new iPhone. We will probably find out more about the future of Apple’s AirPods in the coming months and what we can expect in the next generation.