Both Logic Pro X and Garageband just got some sweet new features making music creation on Apple it’s best ever. With new touchbar support Logic Pro becomes more intuitive and easy to control than ever before and Garageband’s new tools make creating music on the fly easier than ever.

First up Logic Pro X 10.3 gets updated with a modern interface and support for the new MacBook Pro touchbar which gives you intuitive, context sensitive controls that makes navigation simple and more streamlined than ever before. Using a new timeline overview you can easily navigate through your project, change the volume and access Smart Controls all through the touchbar. Possibly the coolest function with the new Touch Bar is the ability to use it as a keyboard for playing MIDI instruments or as drum pads for sampling and creating beasts. The Touch Bar can be customised to show all your favourite functions and shortcuts too. 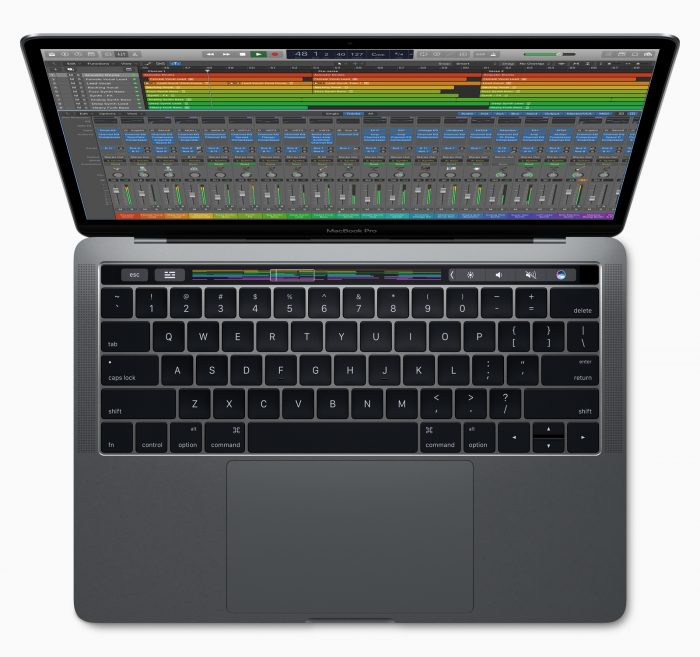 With Logic Pro X you can now add tracks to your sessions in Logic straight from your iPhone and iPad, even if you aren’t near to it. With their new sharing option you can even upload special versions of Logic projects to iCloud that can be used in Garageband. This means you can work on projects wherever you go on your iOS devices then save it back to the iCloud and the new tracks will automatically appear in your Logic project when you next open it on a Mac.

Track Alternatives let users create and switch between different playlists of regions and edits on any track. This feature makes it easier to experiment with various creative ideas or evaluate different versions of a track as it evolves. Selection-based Processing allows users to apply any combination of Logic or third-party effect plug-ins onto any selection of one or multiple audio regions. It is useful for optimizing sound quality and a great tool for creative sound design. 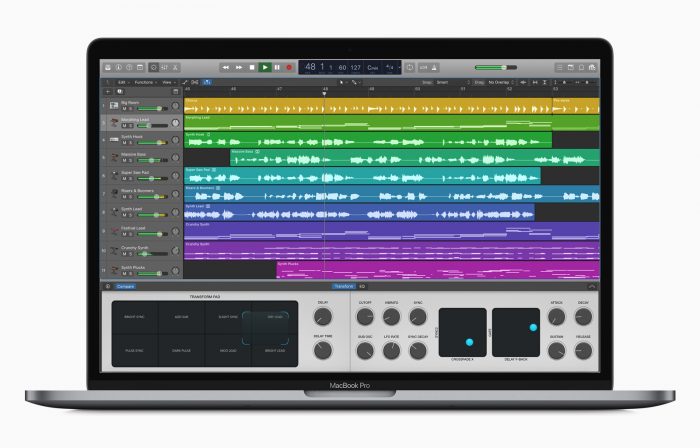 Paul Epworth, a Grammy and Academy Award winning producer and composer, said: “Logic Pro X is an indispensable part of the creative process for me and the artists I work with. I’m thrilled to see all the new professional features that have been added. As a huge fan of the Alchemy synthesizer, I love that I can grab my iPhone or iPad and use Garageband to keep coming up with new tracks for my Logic sessions when I’m travelling and away from my studio.”

You heard it right; Alchemy, one of the world’s most innovative modern synthesizers and “a favourite of Logic Pro users” is now available on Garageband for user wherever you are in the world. Alchemy comes to iOS Garageband with 150 Apple-designed patches from a wide variety of genres, including EDM, Hip Hop, Indie, Rock, Pop and more. Alchemy also features a ‘Transform Pad’ that allows you to create expressive, varied synthesis. 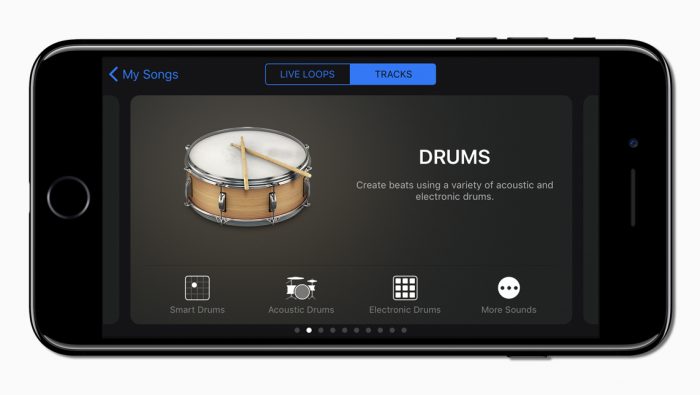 Garageband on iOS also adds Multi-Take Recording which lets you take multiple gos at recording your track and even switch between takes to choose you best one. GarageBand also features a redesigned Audio Recorder which adds fun vocal effects for playing around with and for recording properly features sophisticates studio effects including pitch correction, distortion and delay. To give users more control over their mixes Apple have also added a bunch of advanced audio processing tools, including an interactive graphic Visual EQ and the ability to use third-party Audio Unit plug-in effects for expandable, creative sound design. 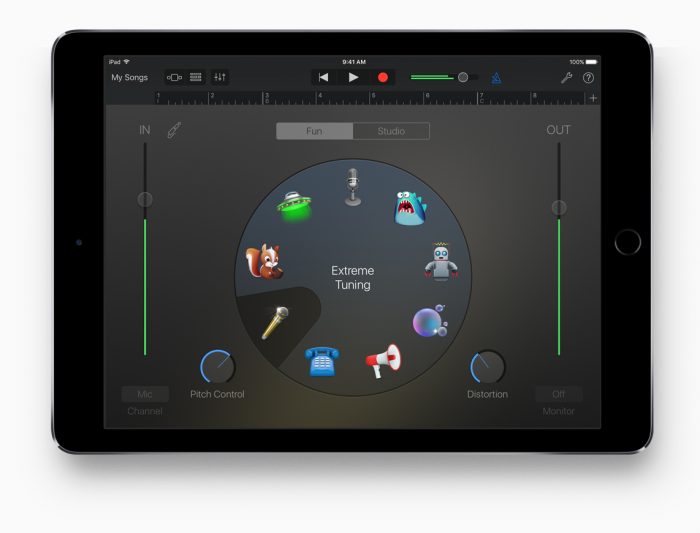 Apple’s vice president of Application Production Marketing, Susan Prescott: “Music has always been part of Apple’s DNA, and we are excited to deliver yet another fun and powerful update to our music creation apps, GarageBand for iOS and Logic Pro X. These updates bring a wide range of new and highly requested features to both hobbyists and the community of pro musicians and audio engineers who rely on our software and hardware to create amazing music.”

Logic Pro X 10.3 and GarageBand 2.2 for iOS are both free updates for existing users. For new customers you can purchase the GarageBand app for $4.99 and Logic Pro X for $199.99.

Steinberg’s Nuendo DAW is the younger software sibling of Cubase, and Nuendo 12 has a very clear focus on speed production for different media applications.