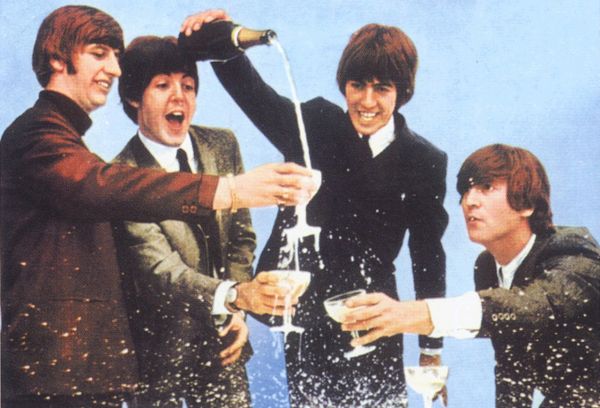 It’s been 100 days since The Beatles studio catalogue was welcomed on to all the major streaming services, and Spotify have just revealed how successful those first 100 days were.

Even 46 years after The Beatles broke up they’re still making headlines and dominating new music platforms. The Beatles debuted all of their studio albums last Christmas Eve on streaming services and the 60s phenomenon was reborn as 11 of the band’s 13 albums re-entered the Albums Chart within 2 weeks.Now Spotify have been kind enough to release some info in how 100 days on Spotify fares for (debatably) the biggest band in history.

With the ability to binge on Beatles worldwide their music has been played for a total of 2,793 years! That’s total listening time, they aren’t that old yet. It shouldn’t be that surprising with over 6.5 million monthly listeners around the world, with top numbers in USA followed by the UK and then Mexico. Though Mexico had the third biggest Beatles fans as a country, Mexico City was the city that had streamed them the most globally.

Peculiarly the most popular day to listen to The Beatles was on a Thursday, maybe it’s all those throwbacks? Surprisingly Beatle-mania seems to have died over the years as only 35% of listeners globally were female, though I suppose no-one wants to throw their underwear at McCartney’s 73 year old prune face anymore.

Impressive numbers for any artist but for a band that has been wholly inactive for the best part of half a century, it’s pretty damn impressive. This is only 100 days since they were released to stream and there are still Beatles releases being added, so for now their success continues to outlive half the band. 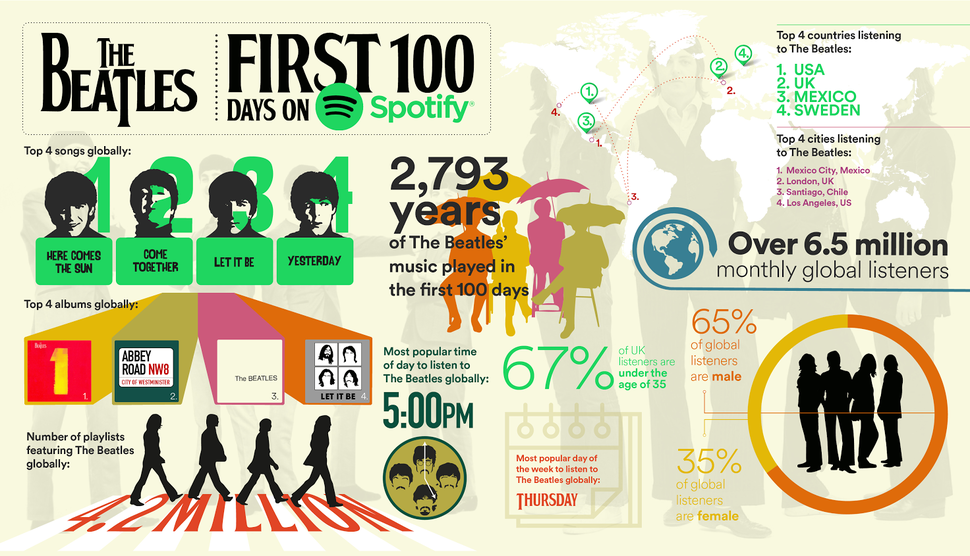