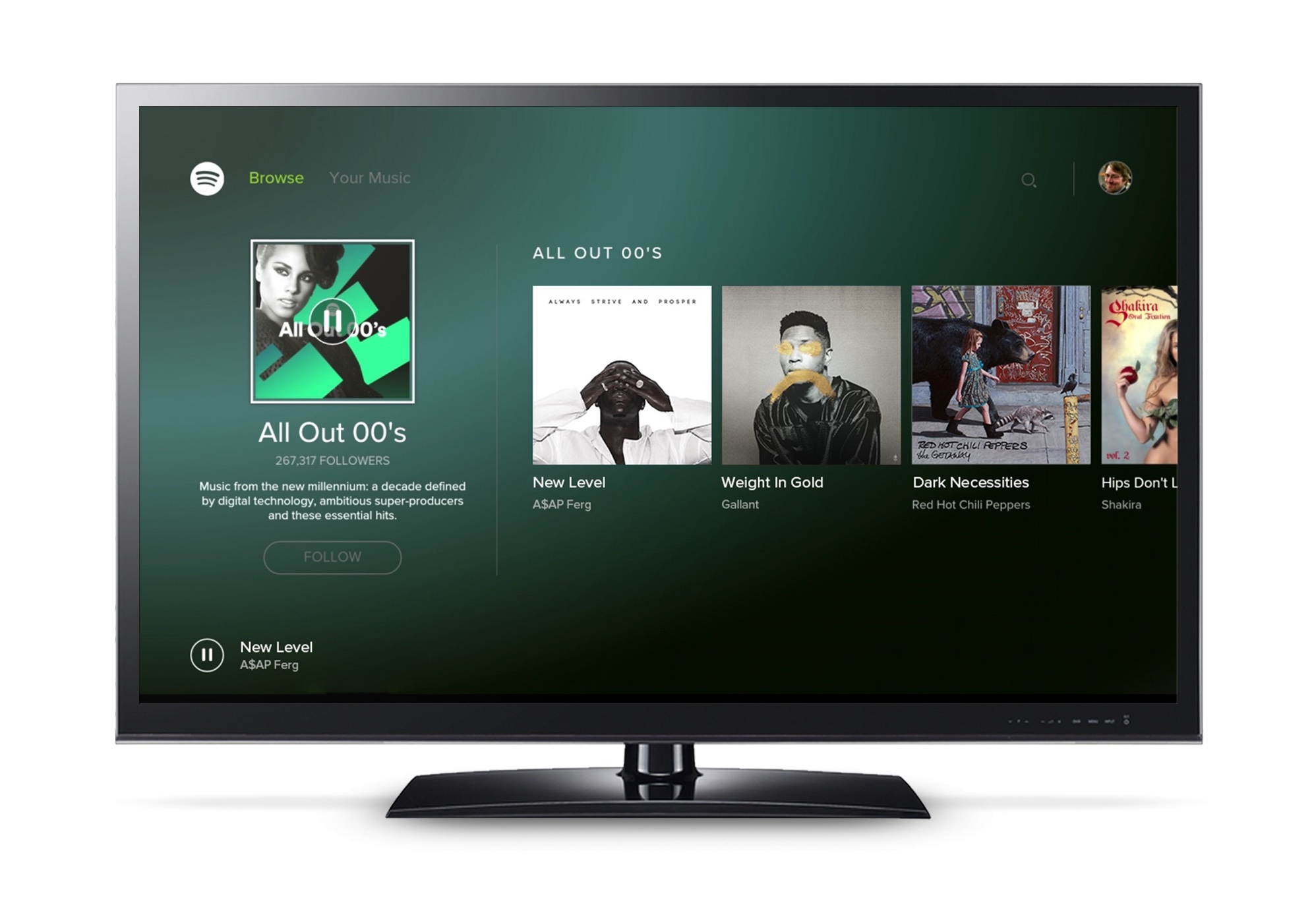 Spotify are improving their Smart TV app with an enhanced experience for all users and most excitingly, support for free users to log in and stream music.

Spotify has been available for Smart TV users for a while but has remained exclusive for Premium listeners, meaning free users or subscribers to other streamings were left unable to access Spotify’s massive music collections. Now free users can stream music from their TV too, however only if you have a Smart TV from 2015 or later.

The app has been improved to look better than ever on Smart TVs no matter how many 0’s are on the end of your TV’s inches. Free users can enjoy over 30 million songs streamed on their TV along with Premium users but there are also improvements to Spotify Connect.

With Spotify Connect you can easily control Spotify across all of your devices, from mobile to PC and now on your TV. Just connect your device up and take instant control of the stream on your TV wherever you are in the house.

Whilst streaming music through your TV isn’t the optimal listening experience it’s so convenient in a world that is becoming filled with accessible music. And for those with a fancy surround sound hooked up to your TV then you may as well just throw out your stereo right now (don’t actually do that… well, it’s your choice).

Older Smart TV’s will still feature Spotify’s older app which is only available for Premium subscribers. Spotify say that additional updates will be coming soon for both the new and old versions of their TV app.