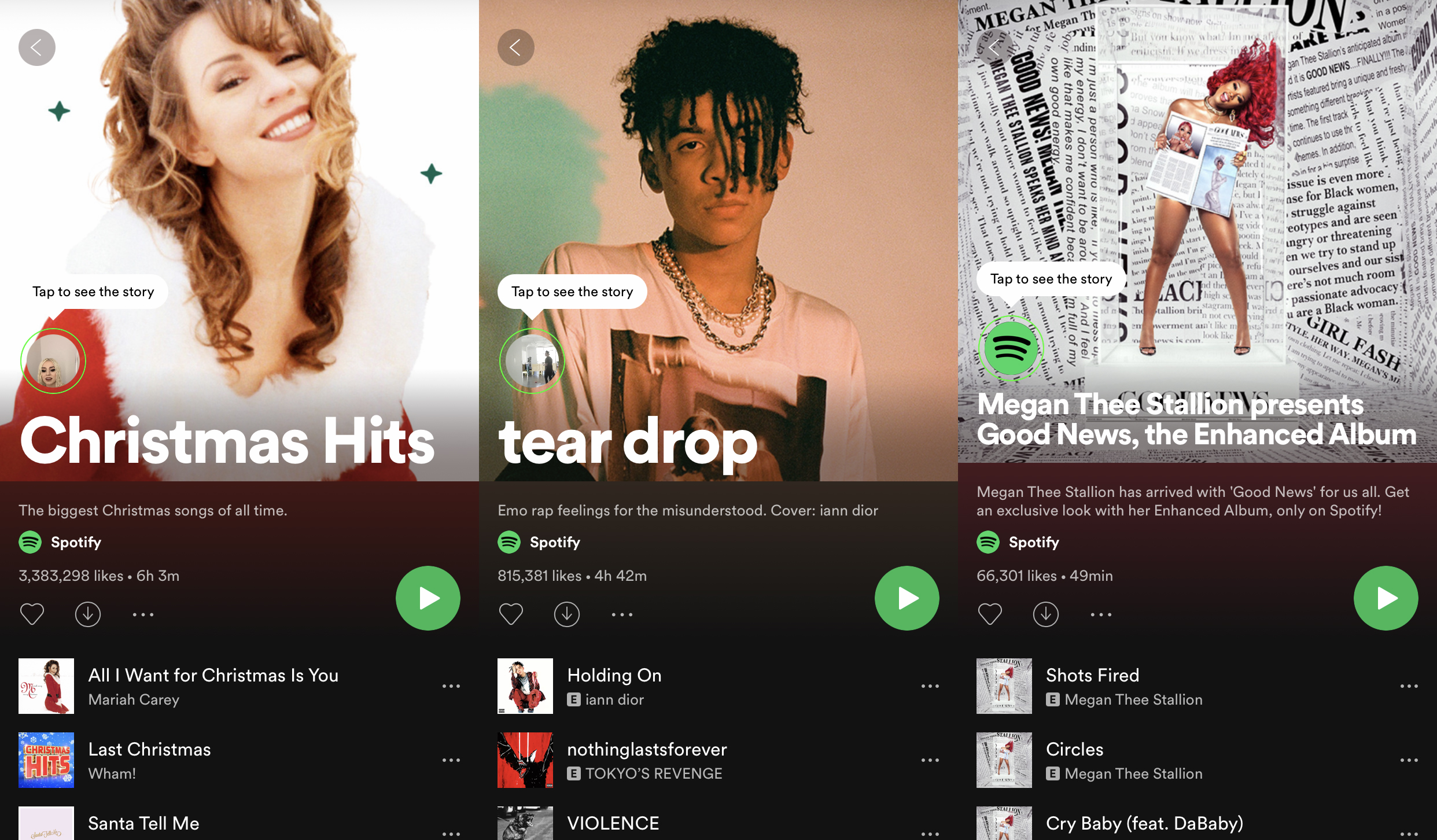 Spotify are testing a new Instagram-like stories feature on their app, but is a music streaming service the right place for stories?

Following in the footsteps of many social media platforms such as Instagram, Snapchat, Facebook, YouTube, LinkedIn (I didn’t know about that one either) and recently Twitter, Spotify are currently testing the new feature on a handful of playlists with clips from major artists.

As hilarious as it is that every social media platforms (and now other types of services) have seemingly directly copied Snapchat’s feature, is Spotify really the place for stories?

Spotify stories could be a good place to hear more from artists or playlists curators, with a behind-the-scenes look at the albums creation or curators decision to include certain tracks. But are playlists really the best place to introduce this feature?

Personally I don’t care what inspired Meghan Trainor’s new Christmas song, however should the feature be rolled out to all artists, I would be interested to see stories from artists that I follow (not friends that I follow, I have Instagram) appear at the top of the homepage, letting me know about their new single or shouting out a similar artist.

Time will tell if this feature catches on and becomes available to more artists or playlist curators as it moves out of testing. We’ll be sure to let you know if Spotify brings this feature to the masses.

How to get your music on Spotify’s artist breaking playlists.