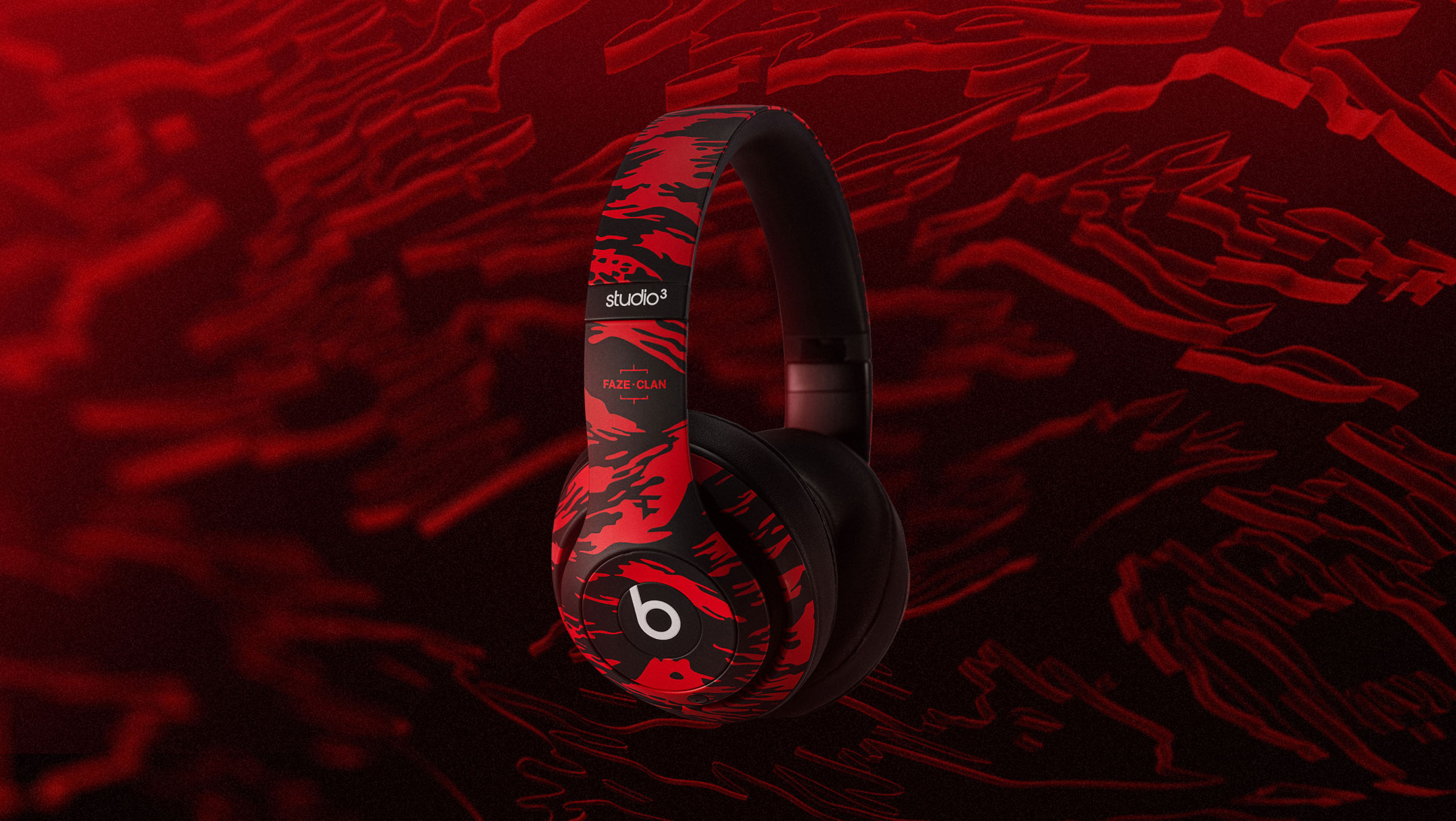 Professional esports and entertainment organization FaZe Clan first partnered with Beats back in May. Now the two companies are teaming up to launch a special limited run of 500 headphones wrapped in FaZe’s red tiger camo inspired by the elite skin in their favourite first-person shooter, along with a similarly branded hard case.

The custom Beats Studio 3 Wireless dropped on shopping app NTWRK that often sells limited runs of products to Gen Z and millennial consumers. The drawing for the headphones is now closed. Those selected will be able to purchase the rare headset for $350.

FaZe partnering with Beats has been a super meaningful moment for gaming and music culture. We’ve created so much cool content together but now that we’re teaming up on a product release with these Studio 3 wireless headphones in the classic FaZe Red Tiger Camo, our fans are going to go wild. I hope everyone loves them as much as I do.

The headphones were first teased in a horror film trailer from Brian ‘FaZe Rug’ Awadis. Ten pairs were handed out to fans who won a digital scavenger hunt across FaZe’s social accounts.

Internally, the over-ear headphones are identical to before, with ANC, 22-hour battery, on-ear controls, and Apple’s W1 chip for quick pairing, switching between devices and Audio Sharing.

NTWRK was founded by Jaime Iovine, the son of Beats founder Jimmy Iovine. NTWRK has obtained the exclusive global rights to all future FaZe Clan products, as existing apparel and merch is also integrated into the platform. No words on the financials of this deal.

The non-FaZe Beats Studio 3 Wireless still retail on the Apple Store for $349.95, which is waaayyy overpriced for a three year old product, but can be found on Amazon renewed for $195.49. Still, I’d recommend these top 5 ANC headphones over the Studio 3 Wireless, or these top 5 headphones under $200 if you’re on a tighter budget.

Last month, Beats collaborated with fashion brand Ambush for a special edition of their Powerbeats line.