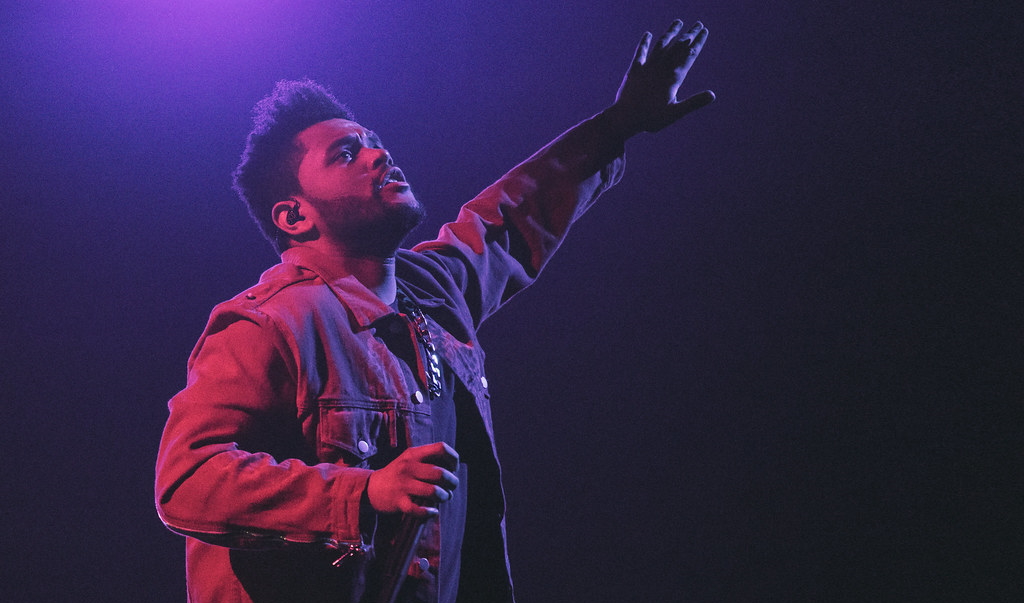 Young people aren’t engaging with awards ceremonies, more and more artists are snubbing them, and they’re repeatedly called out of touch. Is this the end for the GRAMMYs?

The 63rd annual GRAMMY awards show just passed last weekend. The prestigious awards ceremony has been running annually since 1959, and so it’s probably younger than the mean age of the academy’s committee! (that’s a joke, don’t shoot me with facts)

Having run for such a long time, it has built a reputation for being one of the highest accolades any artist can achieve for their music. But in recent years, its long-running existence and archaic structure – despite recent attempts to bring it up to date – has disenfranchised viewers and artists alike to the point where a GRAMMY may not actually mean anything to many anymore.

The Weeknd deliberately didn’t appear at the 63rd show last weekend, in spirit nor in nomination. It is his lack of nomination that has led to his snubbing of the awards ceremony. The Weeknd broke chart records with Blinding Lights which spent a year in the Billboard Hot 100. Not just listeners, but critics loved it too. So why didn’t The Weeknd receive a nomination?

It’s not entirely clear why The Weeknd wasn’t selected despite his huge musical accolades in the last year. For the artist himself, he says he will now be boycotting the awards “because of the secret committees,” referring to the anonymous groups of people who review the nomination choices by the Recording Academy’s membership. The committee is kept secret to avoid lobbying from major influences, though many artists feel it simply makes the selection process shady.

The Weeknd said: “I will no longer allow my label to submit my music to the GRAMMYs.” He joins a long list of major artists including Drake, Kanye West, and Frank Ocean have snubbed the awards ceremony. It plays into a larger conversation being had that the GRAMMYs don’t recognise black artists in the way that they should.

Whilst they made an effort to re-name their ‘Urban Contemporary’ category as ‘Best Progressive R&B Album’ last year, it doesn’t change the lack of representation in the highest awards. The last Black woman to receive the album of the year was over 2 decades ago in 1999. The last Black man was Herbie Hancock over a decade ago in 2008.

Recent years have seen criticism of GRAMMY’s perceived racial bias grow. There is a strong argument that Black artists don’t end up winning the top accolades like Album, Record, or Song of the year because they’re placed into Rap or R&B or “Urban” categories and not considered for awards beyond these categories which have been stereotyped as becoming Black categories.

At the 59th Annual Grammy Awards, Adele won Album of the Year with ’25’ over Beyoncé’s ‘Lemonade’. Adele said in her acceptance speech that she didn’t feel deserving of the award and felt that it should have been Beyoncé receiving it for the ‘monumental’ and ‘beautiful’ Lemonade.

Things have been changing. In 2019, for the first time ever, a rap artist won Song and Record of the year when Childish Gambino won for ‘This Is America’. But the racial issue is just the tip of the iceberg for an institution which has been accused of undermining female artists, valuing only the most commercial of records, and even accusations from their ex-CEO that the awards are rigged.

The academy’s interim Chief Executive, Harvey Mason Jr., responded to The Weeknd’s statement saying: “We’re all disappointed when anyone is upset. But I will say that we are constantly evolving. And this year, as in past years, we are going to take a hard look at how to improve our awards process, including the nomination review committees.”

But is it too little, too late? It seems to be a recurring narrative each year for the awards show. A constant endeavour to do better, so when will people feel that they truly have done better… done enough? Perhaps it will never be enough, because people just don’t care.

The problem is; even if the GRAMMYs were to change their structure so as to mend the rift between them and major artists, the inescapable fact is that a lot of people don’t even care about them anymore. This year the awards show hit a record low of 9.2 million viewers, down a whopping 51% from 2020’s already shockingly low figures.

Last year, Nielsen reported that the GRAMMYs had the lowest number of 18-48 year olds tune in to the broadcast than ever before. With a 2.28 rating of adults in the age range, this years ceremony was even worse for younger audiences dropping a huge 58% in viewers in the age range.

For many, it’s not just the controversy plaguing the awards show that is putting them off. It is simply seen as an outdated structure that people are no longer interested in. Music award shows in general have been losing traction as younger generations simply seem to lose interest.

What does this mean for music?

The thing with more and more artists snubbing the awards is that it simply doesn’t matter for them anymore. As evidenced with The Weeknd, whether the GRAMMYs recognise his work or not he has had major success with his music in the last year and gaining or not gaining an award doesn’t make a difference to that.

It feels like a relic of the music age gone by; when it was made up of big record labels and industry executives, the top few artists and the glamour surrounding them. Music has changed a lot in recent decades and it’s reflecting on all aspects of the industry.

Artists no longer feel restricted by the rigid structure of powerful label infrastructure and the image-based ceremonies that come with a highly manufactured entertainment sector i.e. awards shows. Whilst snubbing the big awards ceremonies is nothing new for artists, the circumstances have changed. What might have once been a musician’s stand against a system that tries to rank and categorise art, it can now be as simple as an artist doesn’t see the point in caring.

The internet has brought about a brand new realm for artists and listeners both. Smaller communities are being built up and independent labels and artists are given the same platform and reach as people who are signed to any of the big three (Sony, Warner, and Universal).

People care less about the overarching industry and touting the few at the top, and more about their own musical communities and the specific artists which they love. Thanks to digital platforms, they have that connection on a daily basis without the need for some grand ceremony.

Perhaps this is reading in too much to the degradation of the awards show, I needn’t say that the controversy mentioned earlier no doubt plays a part in people’s active avoidance of the ceremony. But the pattern between the shifting culture in the music industry seems all too convenient to this writer to not play a part.

We’re moving towards a system where it is the listeners and the artists who decide what is good and who is worthy of being celebrated. The time of ‘middle men’ and organisations deciding what matters in such a diverse and colourful industry is numbered.