In a mid-year report BuzzAngle Music have found that music streaming services have generated more music streams than video sites for the first time ever.

Video services like Vevo and particularly YouTube have been behemoths in the digital music industry, earning the majority of music streaming consumption for years now. With the giant rise in music streaming services over the past year they’ve now taken claim to the top spot over video streamers.

This isn’t necessarily bad, as both video and audio streams saw a significant rise from last year, it just proves the prevalence music streaming services are taking in peoples music consumption. BuzzAngle show that audio streams saw a massive rise from 2015’s 54,961,808,648 streams to 114,226,566,336 so far in 2016, an increase of 107.8% or over double the same period last year. 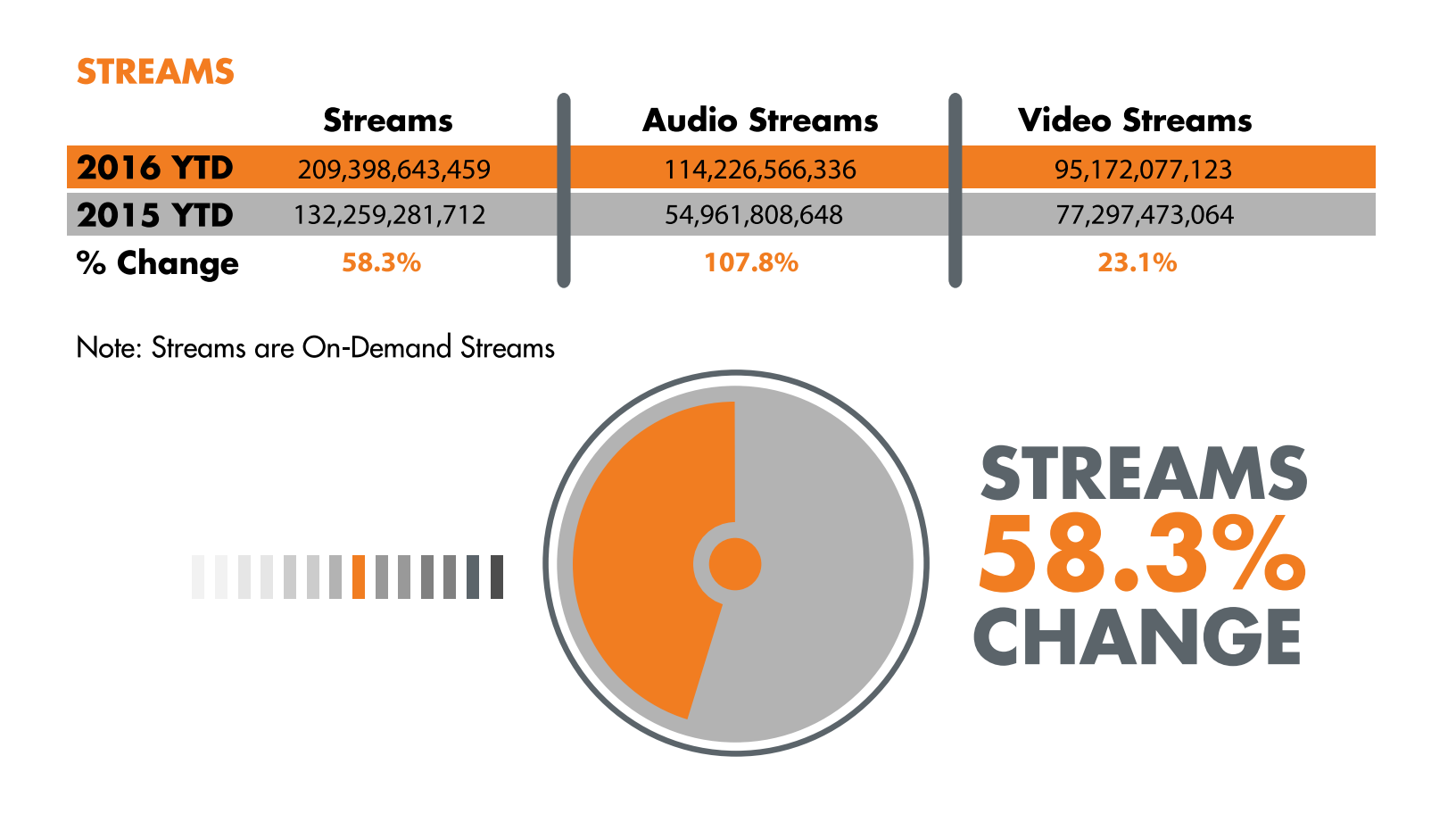 As you can see streaming in general has seen excellent growth with an increase of over 50% in overall streams from last year. BuzzAngle also revealed which artists were dominating music so far this year, finding that Drake had a major lead with over 2.5 million album project units (combined sales and streams) and 1.5 billion plays for his new album Views and 3.3 million song project units for his single One Dance.

The year so far has also seen some impressive resurgence in sales for the artists who were lost this year, including David Bowie and Prince. In fact since Prince’s death 5 of his albums ranked in the 100 top selling albums of 2016 so far coming in at the 6th most consumed artist this year, whilst Bowie was 8th. 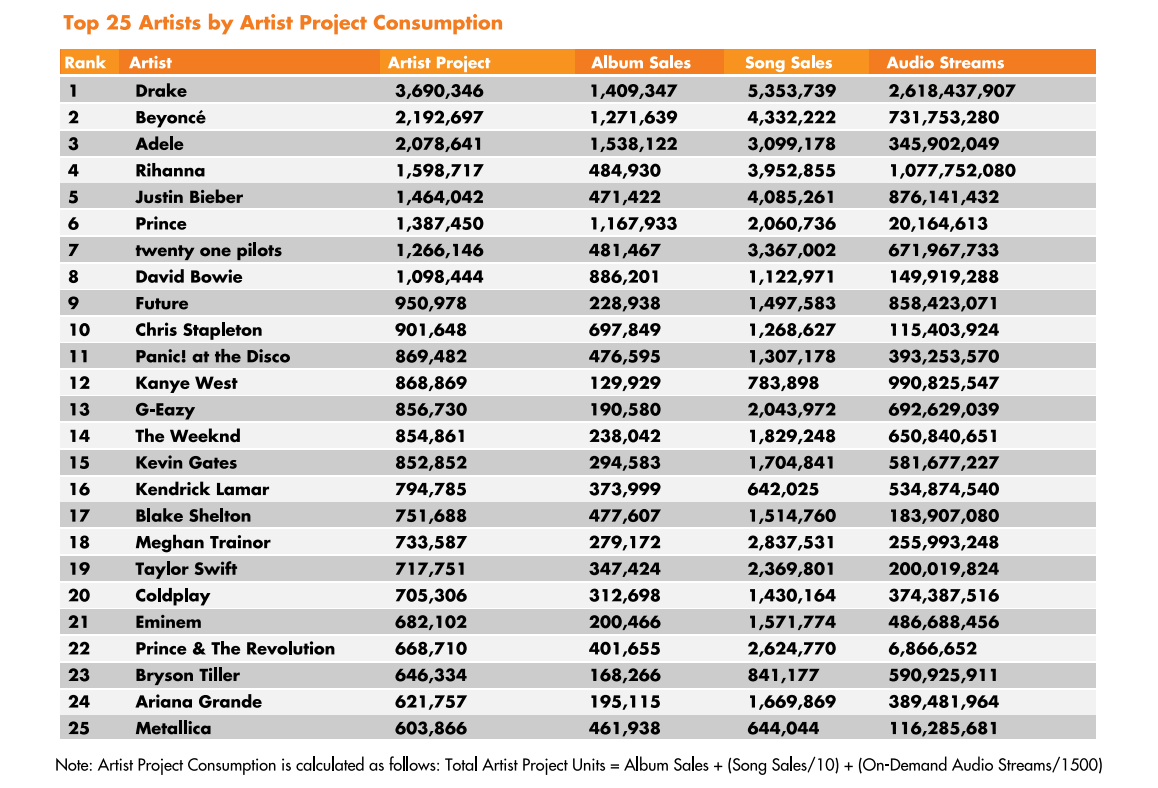 You can view BuzzAngle’s full report for the music industry’s first half of 2016 for free here.