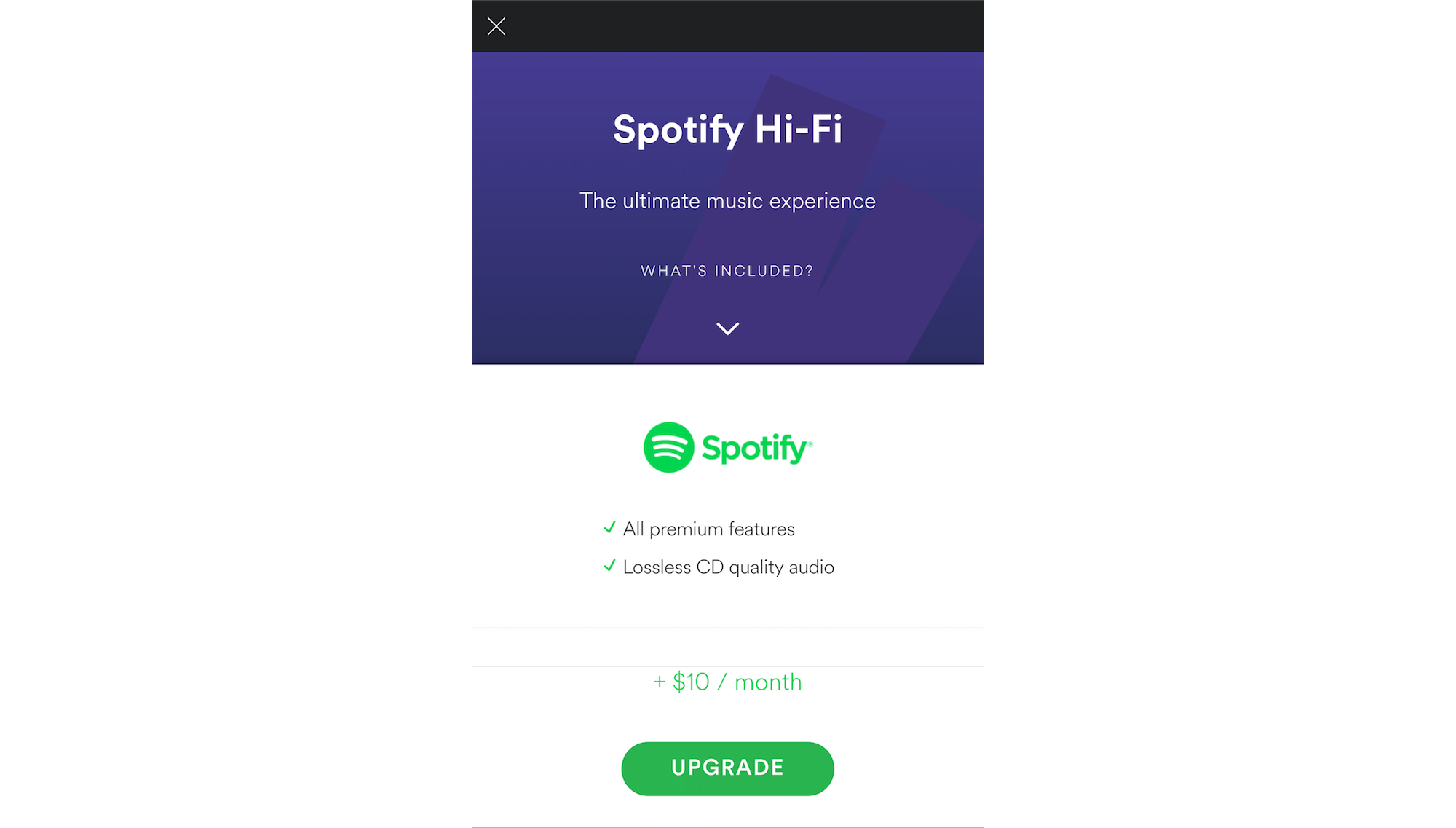 Spotify’s app has leaked what appears to be a new subscription tier coming to Spotify soon, offering High Fidelity audio and extra bonuses like a free vinyl record.

A new page has appeared on Spotify’s app which seems to reveal that the music streaming service is testing a brand new tier for offering higher quality audio streams. This doesn’t just signify the first variation in Spotify’s 2 staple offerings (free and Premium) but also sees the service going up directly against Jay Z’s rival streamer – Tidal.

The screen reveals a new service, simply called ‘Spotify Hi-Fi’, which offers all the features of Premium alongside Lossless CD quality audio. The test for Spotify Hi-Fi was rolled out to a limited number of users yesterday for between $5 and $10 extra than a typical Premium subscription. However those who have tried to sign up have reported that they were told it either wasn’t available in their area or just received an error message.

It’s a move that makes a lot of sense for Spotify, as the music streaming arena becomes more and more congested and competitive Spotify need to set themselves apart. As the company has announced before, they refuse to go the way of signing exclusive music from artists (besides original live sessions) so they are trying to give their platform a unique appeal.

However, Spotify’s move into lossless audio isn’t entirely unique as Jay Z’s semi-successful streaming service has offered Hi-Fi music streaming since it’s launch 2 years ago. However the pictures seem to reveal a strange Vinyl bonus with Spotify Hi-Fi, with the details offering “One free vinyl (record)” and “Discounts on limited-edition vinyls” as well as Lossless audio. 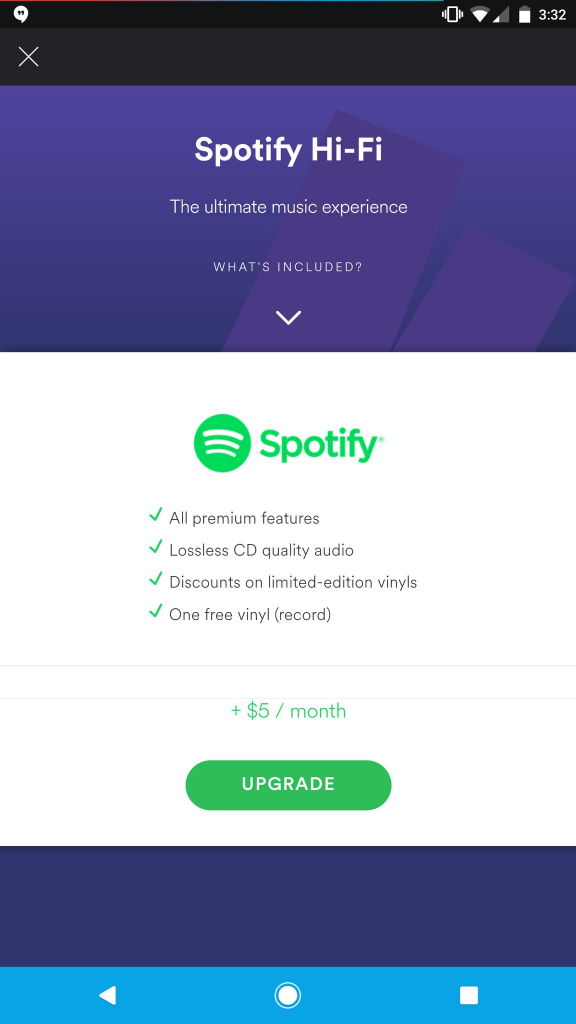 Whilst it appears the leak to certain users was unintentional it looks to be part of an A/B test to test their pricing strategy with the new tier. When reached for comment a Spotify spokesperson said: “We are always testing new products and offers but have no news to share at this time.”