French producer Maximus MMC has come a long way since entering the world of music production 5 years ago. After deciding he needed to shake up the music scene and bring something new to electronic music, Maximus MMC has played sets in the Netherlands, UK, France and Finland.

Today is the release of his excellent new EP ‘Kinship‘ in which he blends experimental trap and hip-hop with oriental themes to create the most unique sound in electronic music we’ve heard so far this year. Never one to settle for mediocrity, ‘Kinship’ sees Maximus MMC come together with fellow Parisian Fab for 4  tracks that culminate the talent and experience of both producers into an atmospheric experience not to be missed. 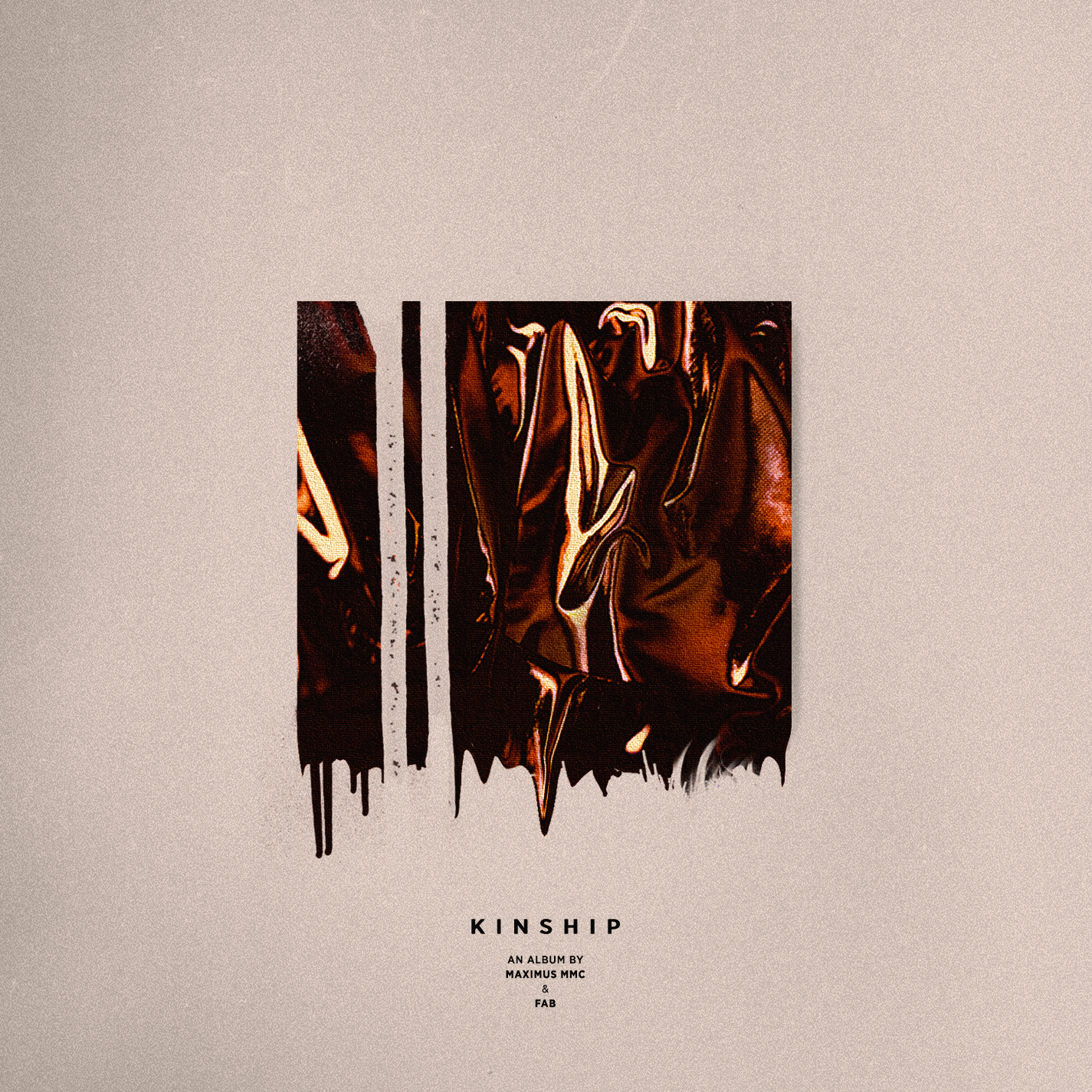 With the release of ‘Kinship’ we asked Maximus MMC a bit about his journey to the present and the experiences and artists that have influenced him along the way to become the talented producer he is today.

I’ve been into music since my youth. My parents have always been playing music regularly, both at home and in the car, from post-punk (Joy Division, New Order, etc.) to more soulful/funky artists (Janet Jackson’s Velvet Rope, Bootsy Collins, Barry White, etc.).

Going from there I picked up on Hip-Hop, thanks to my brother that is a bit older than me. He would come back home and bring so many cool records in the late 90’s (Outkast, Snoop Dogg, Eminem, Dr. Dre), allowing me to develop a certain passion for music.

Throughout the 2000’s I dug deeper into the rap scene and got into Southern rap (UGK, Three 6 Mafia, DJ Screw, etc.) and later trap music (Young Jeezy, Gucci Mane, Crime Mob). I ‘ve also learnt music theory and played piano for about 6 years.

When did you first start producing music and why did you want to start?

I came to a point in my life (about 2010-11) where I just couldn’t stand sitting here not bringing anything new to what music had to offer. That’s pretty much when I decided to start doing music. To do so, I went to a music gear shop and bought myself my very first MIDI controller. I was so excited about it that I quickly came back home, installed Logic 9 and started working on my first beat. The whole DAW environment was very weird and new to me, but thanks to the Internet and YouTube I found my way around it.

I was living in the Netherlands back then, finishing my studies and the vibe that the country brought to me was just so much different from when I was in France. I would say that their musical culture is somewhere between the UK and the US. I thought that having this mixed background between my French roots and the Netherlands would be pretty interesting to develop.

Who were your influences when you started out?

Back in 2009-10 I was super big on the whole new rap scene movement. I remember Wiz Khalifa making waves with his mixtape, Curren$y was just out of his Cash Money Records deal and was building hype around his Jet Life movement (I was big on that Trademark Da Skydiver off-beat flow). Big Krit released this K.R.I.T. Wuz Here project that was sounding crazy and the whole OFWGKTA movement was blowing out of nowhere.

Apart from that I had mad love for the late Jay Dee (J Dilla) and some other big names such as Kanye West, who dropped his biggest masterpiece around that time – 808’s Love and Heartbreaks.

Are they different today?

If you could collaborate with anyone, past or present, who would it be?

If there was one person that I would have loved to collaborate with, it would have definitely been J Dilla. The way he worked with samples was flawless. His sound structures were so unusual and his music has so much soul to it.

Nowadays, artists that I would love to do studio time with are Kanye, André 3000 (of Outkast) and Pharrell. I picked these three incredible producers/musicians/rappers because they’re my main inspirations in terms of pushing music forward. Their work ethic is incredible and they are always bringing something new to the scene.

In your music career so far what has been your favourite experience/moment?

Touring is the most enjoyable thing that a musician can experience, in my opinion. Meeting all these people that are supporting you, in real life, is incredible. It’s like you feel an aura that you cannot see anywhere else, like some sort of spiritual connection.

I also enjoy the time that I spend in my home studio, it really allows you to evade your mind in some areas that you aren’t even aware of sometimes.

If you can choose one, what would you say is your favourite track of your own?

I would probably go for a very unknown track that I released way back, early 2014, in my Shenmue EP. It’s called ‘Cherry Blossom Wind Dance‘. As a fan of one of Sega’s greatest video games ever released, sampling the Shenmue OST was so enjoyable and it reminds me that I loved the game in my youth.

This specific song has so much to it, it is very ambient and experimental, the type of sound that will take you on a journey.

If you were stuck on a desert island and could take one track to listen to, what would it be?

Woah, that’s a pretty tough question. I think it would be Joy Division – ‘Love Will Tear Us Apart‘. Seeing my dad dancing to it every single day since my childhood, without getting tired of it, probably plays a big role in my selection. This track is also very deep and really tells a story about Ian Curtis and what he was going through back then.

What are your plans for the next year?

More original music, starting to collaborate with vocal artists, rappers, singers, and putting out a solid project, like a debut album. Keep on working with my mates from Flow-Fi trying to bring the label up with solid project releases.

Developing the brand/image around my artist name and starting work on my first live set (I’ve only done DJ sets until now). Oh, and travelling the world 🙂

What advice would you give to any aspiring musicians/DJs/Producers out there?

Never give up on anything that you’re doing, keep on working hard, craft new materials every single day. Push your limits, try different genres and also, don’t rush things, take your time to perfect everything you do. It will all pay off one day and it is worth the wait and struggle.

Check out our interview with children’s musician Piccolo

DIY Till We Die: Blitzcat Records

In the final edition of our DIY Till We Die article series we chat to Blitzcat Records, a DIY label operating in London.