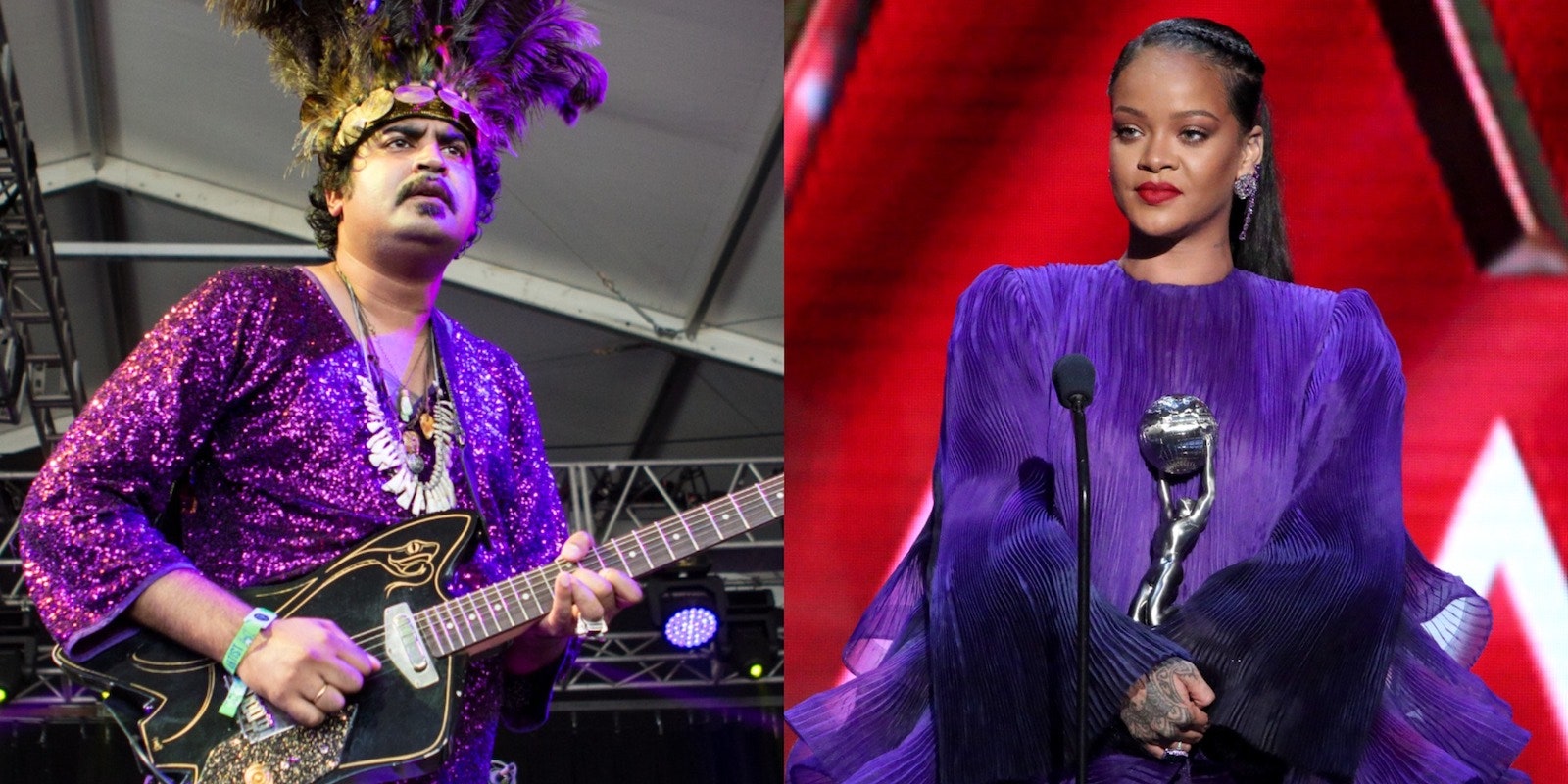 Canadian (via Germany) independent musician King Khan (who is also known for his work in King Khan and the Shrines & The King Khan & BBQ Show) and his daughter Saba Lou have alleged that Rihanna used their music without their permission. The two are now suing the pop superstar for damages. The song in question is taken from 2012’s 7-inch ‘Until the End’ and was written by Khan and Saba.

The plaintiffs have requested Rihanna no longer use the song and pay damages. The ad was viewed 3.4 million times according to the lawsuit. It also likely resulted in plenty of sales for Rihanna.

Rihanna is yet to address the lawsuit but the ad does seem to have been removed.

This story is still unfolding and we’ll update as it progresses.