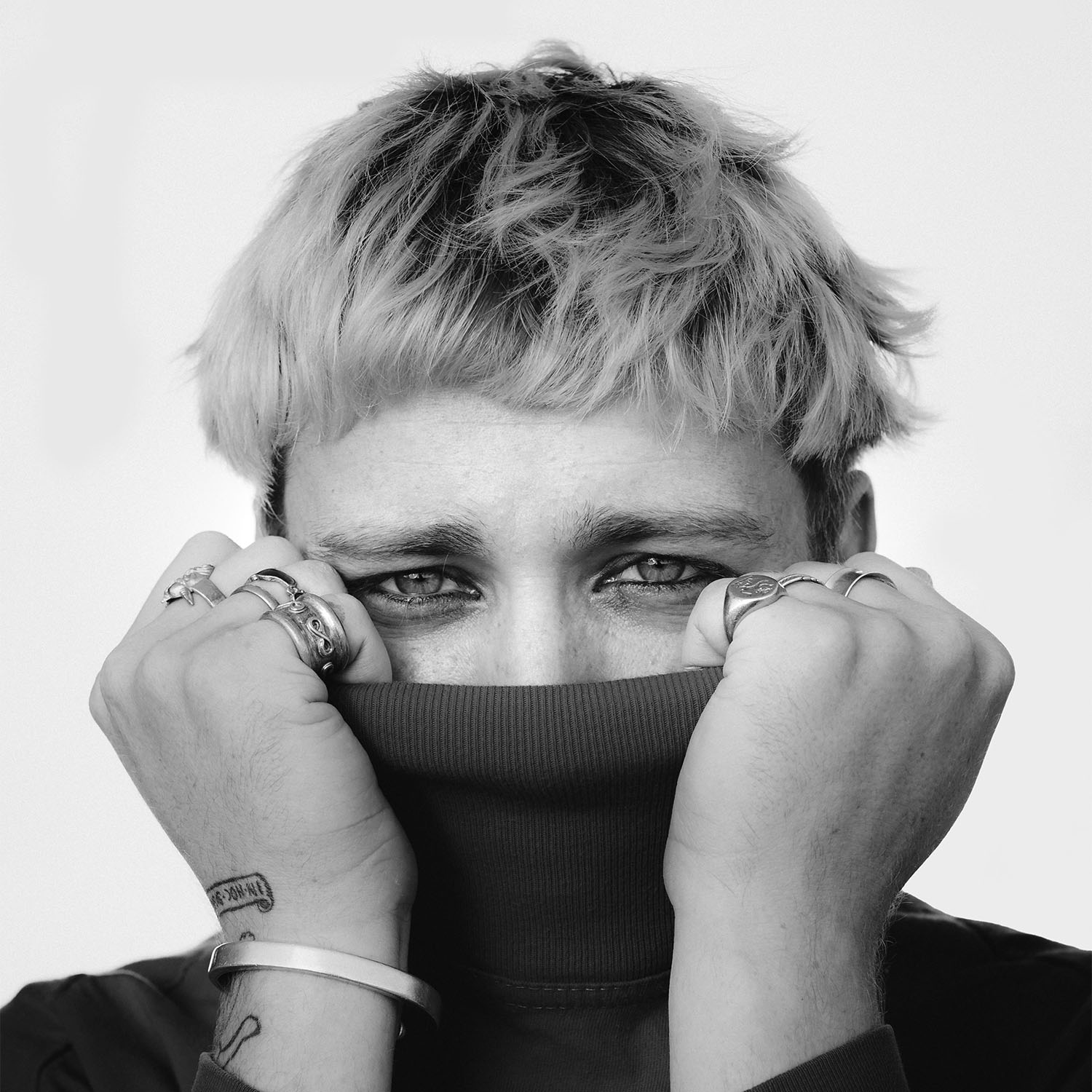 We caught Up With Independent Artist Milo Gore To Chat About His Latest Fully DIY Album ‘How Do You Cope While Grieving For The Living?’, his experiences and much more.

Milo Gore was formed out of Falmouth University a couple of years back and since then it has been a non stop ride for Milo and his band. The indie solo artist blends emotive songwriting, passionate live performances and dedication to the independent ethos made him a staple in the Cornish and South-West music scene. In a short time Milo has toured the UK, played prestigious festivals such as Boardmasters, and had plenty of radio play on BBC Southwest Introducing.

Not only did Milo form the band he also started his own label and events company called Red Van Records during his time in Falmouth. Over a period of a few years they ran two Red Van Festivals, a day that celebrated local and national music on the Falmouth Campus and countless shows throughout Falmouth. All of this was driven forward by a DIY ethos and approached in a DIY manner, from promotion to booking to sound tech. This passion for independence and community spirit is felt through their music as well and continues to be a massive influence in the artists life, inside and outside of music.

We recently caught up with Milo to chat about his experiences in the DIY scene, how his music continues to flourish whilst being an independent artist and much more.

You recently released your debut album ‘How Do You Cope While Grieving For The Living?’ in a very DIY capacity. How was the response and how was it managing all elements yourself?

Milo: The response has been great. The album recently hit over 100,000 streams on Spotify. I’m really stoked. Sadly I didn’t manage to land myself in any editorial playlists, but to get 100,000 streams organically is really exciting. I’m looking forward to seeing how this foundation will help with my next release.

In terms of managing the release, although completely unsigned and independent, I was lucky enough to have a great support network around me. I think that is really important, especially as I was going through such a tough period in my life. The release wouldn’t have been possible without them, they really brought my music to life. For me, DIY is all about learning as you go. Looking back, there are soooo many things that I would do differently, but then hindsight is cruel like that. All I can do now is look forward to the next release!

Was a DIY approach always on the table or did it happen naturally?

Milo: I think it was always on the table, but I think it also all happened very naturally. Down in Cornwall, I feel everything is a little bit DIY. That’s almost the beauty of it. We are so far removed from ‘the money’, that you have to carve your own way, and make your own path. If you don’t, then you won’t be heard. Really it was my producer Pete Prokopiw that came to me with the DIY idea of renting a house and recording the album. We met Pete when we played alongside each other at a gig in Birmingham, and afterwards, he came up to me and simply said.. ‘I wanna record your album.’ – and we went from there.

What was the attraction of going DIY for you?

Milo: Complete creative control. These songs always meant so much to me, and I wanted to be able to create something deeply personal. I think it also adds to the journey, ya know?? Doing things DIY, I feel you really get to live the experience.

Do you feel DIY is more tailored towards rock music or is it open to other genres?

Milo: It’s definitely open to loads of other genres. For me ‘DIY’ means more than just ‘Do It Yourself’. I think it’s about creating without backing, and most importantly, doing it for the love of it. There are so many artists out there, so many genres, outside of rock, that are creating music all by themselves, with no backing or support. All carving their own path off the back of their own hard work, for the sheer love of making music.

What have been the advantages and disadvantages of acting as an independent artist?

Milo: In this day and age it’s all about money, contacts and reach. I think the advantages have to be creative control and maintaining integrity. Now that’s not to say that signed artists don’t keep their creative control or integrity, but it’s definitely harder not to be influenced by the label or management when they have money involved, and their own vision for their artist. However, that’s also the disadvantage for smaller independent artists. How are you meant to compete? How are you meant to get your music heard above the noise? The internet is so saturated these days. It is very difficult to be discovered, seen or heard amongst everything else online. To survive, more often than not, you have to put money towards marketing and PR, the ones with the contacts. There are ups and downs for both sides and all scenarios.

What difficulties have you come up against as a DIY artist?

Milo: I’ve definitely found it hard to be taken seriously. When you’re an independent artist, with no backing, you can often get overlooked by people. They write you off before they even give you a listen.

Have you found that taking a DIY approach has allowed you to be more creative?

Milo: 100%. There are definitely less restrictions. I was really able to experiment with sounds, techniques and the overall image and vision for my music. To have had that opportunity, I will forever be grateful.

Do you feel the internet has made it more of a viable option to act independently?

Milo: Yes & No. It has definitely helped DIY artists in terms of reach. Everyone is one click away from becoming viral! However, as I said before, the internet is just so saturated nowadays. It is really hard to be heard above all the other noise online. Another problem.. just look at streaming platforms. Yes streaming saved the industry from piracy, but now artists are making next to nothing from platforms like Spotify and Apple Music. But the problem is, you then HAVE to be on Spotify and Apple Music to have any chance of being found at all. There are always two sides to a coin. So there are advantages and disadvantages, and I guess it’s just how you utilise the benefits. I’m just really looking forward to gigs coming back in 2021. That is where the DIY artists thrive!

Why do you feel more artists are opting for a DIY approach?

Milo: Well for one.. it is definitely harder to be signed these days.. but I also think it comes down to ownership. As an artist, you want to own your art. Being DIY & independent gives you full creative control and ownership over your work. I think that is really important. As the artist, you should be the one profiting off your work. Another reason I think more and more people are going DIY, is because they can..! Technology and equipment these days are so much better, you can record and create almost anywhere. So why not do it yourself!

Why do you feel there are DIY scenes popping up across the UK and further afield?

Milo: In an ever growing content driven, consumerist world, DIY scenes bring us back to something real, and help keep us grounded. I think people are fed up with fake news, click-bait captions and just the consumerist lifestyle humanity is currently leading. DIY scenes bring a sense of ownership, community and cult following. It allows people to have individuality, and I think that is a precious aspect of ourselves that we need to hold onto.

What makes a good DIY scene and how do you get involved in one?

Milo: Community. Creative supporting creatives. For me, that’s what it is all about. And actually, this is where the internet can come in handy. Reach out to people, follow people, comment on people’s posts, share people’s music. With DIY scenes, it is all about support and word of mouth. Then.. once Covid has passed.. 1000000% make sure you start going to local shows. There you will meet the true core of the scene.

Technology and equipment these days are so much better, you can record and create almost anywhere

Do you feel you can remain DIY if you’re signed to a major label?

Milo: Hopefully… I’d definitely like to think so. But then again, with money involved, there would definitely be more restrictions. I’d definitely like to keep writing and recording in the way I do, so I’d at least keep my creativity very DIY. Then I can just hand it over to the PR and Marketing teams to spread my music far and wide haha! Ultimately though, yes, I think I could remain DIY if I was able to keep creative control, as I could then continue to make the music I love. As I said before, that’s what it is all about! Creating because you love to create, not because you’re paid to do it!

Lastly, what advice would you give to an artist looking to start their own scene or get involved with their local DIY scene?

Milo: Connect with people. Music lovers, locals; they are the ones who keep these scenes going. They are the lifeblood. Reach out, share music, support other artists. DIY scenes are often built around community and friendship. Just go out and get involved. Share your interests, offer your help. DIY scenes rely on people getting involved, so I’d say, the more the merrier!