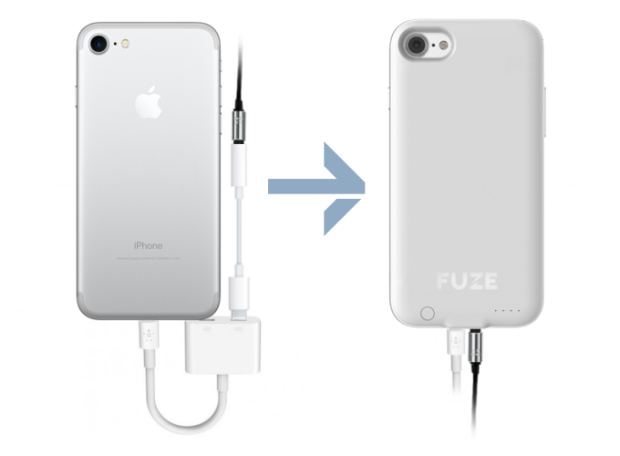 The iPhone 7 has gained a lot of attention for removing the headphone jack from the iPhone, and Actual Innovation want to bring it back with their phone cases.

After the iPhone 7 was announced most of the attention turned to the removal of the almost universally used audio jack rather than any of it’s new features. With Apple fans in uproar and Apple seemingly stubborn on their decision Actual Innovation, a small collective of techies in Austin, US, have built a case that brings the iPhone back to it’s former glory.

Actual Innovation set up an IndieGoGo fundraising campaign 5 days ago to fund their new cases and as an exemplary of people’s frustration has reached 145% of it’s $50,000 goal already. With $73,312 earned for Fuze Cases it seems Actual Innovation are going to achieve and surpass their expectations, though it sends a grave message to Apple about people’s response to their changes.

Whilst most of the fuss for Fuze Cases is about the resurrection of the headphone jack, the cases do a lot more for the iPhone 7 than just enhance it’s connectivity options. The Fuze Case also doubles the iPhone 7’s battery life as well as giving it protection against shock and scratch damage. The case has been designed to maintain the iPhone 7’s slim and smooth shape and as such comes in the perfect combination of utility and minimalism.

Whilst Apple have announced a number of workarounds that will allow you to listen to your old headphones, the primary solution being a large dongle has only served to push users further away from the design. Whether you agree or not, Fuze say on their campaign page: “When you purchase Fuze, you’re purchasing the freedom of choice — something that itself should be free.”

You can support Fuze Cases, find out more and pre order your own case early from: www.indiegogo.com/projects/fuze-cases-bringing-back-the-audio-jack-iphone-headphones#