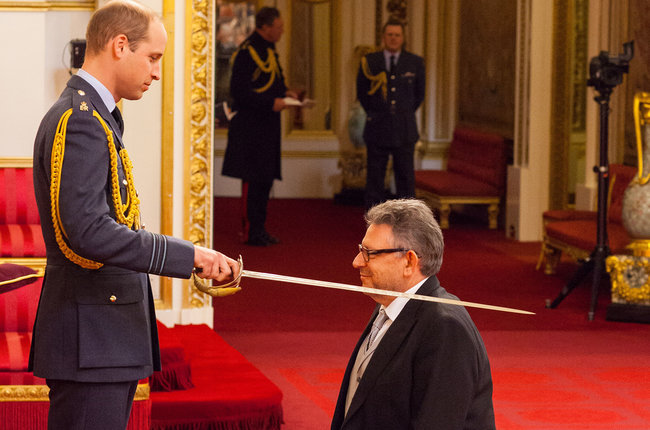 In a “recognition of British music’s significance to the UK” Lucian Grainge, chairman and CEO of UMG, has been knighted by Prince William.

Yesterday Prince William, the Duke of Cambridge, knighted London-born Lucian Grainge during a ceremony at Buckingham Palace. Now Sir Lucian, Grainge was inaugurated into the Order of the British Empire and Knight Bachelor for his contributions and accomplishments in the music business.

As chairman and CEO of Universal Music Group, one of the world’s 3 major labels alongside Warner and Sony, Sir Lucian holds one of the most powerful positions in the music industry across the entire planet. His knighthood was announced during Queen Elizabeth II’s 90th birthday honours in June. Yesterday using his knightly sword Prince William did the honour and appointed Lucian Grainge as Knight.

Speaking on being knighted, Grainge said: “It is with enormous pride that I receive this honour from Her Majesty the Queen. It is a recognition of British music’s significance to the UK’s culture and economy, its role in inspiring investment, and the contribution of incredible creative talent from around the world.”

2016 has been a tumultuous year but for music has been a giant success, with the rise of music streaming increasing music revenues for the first time in years. It was revealed earlier this year that Universal makes almost $4 million every single day from music streaming. Grainge’s influence in the music industry has been recognised around the world, being named the top executive in Billboard’s Power 100 list this year.