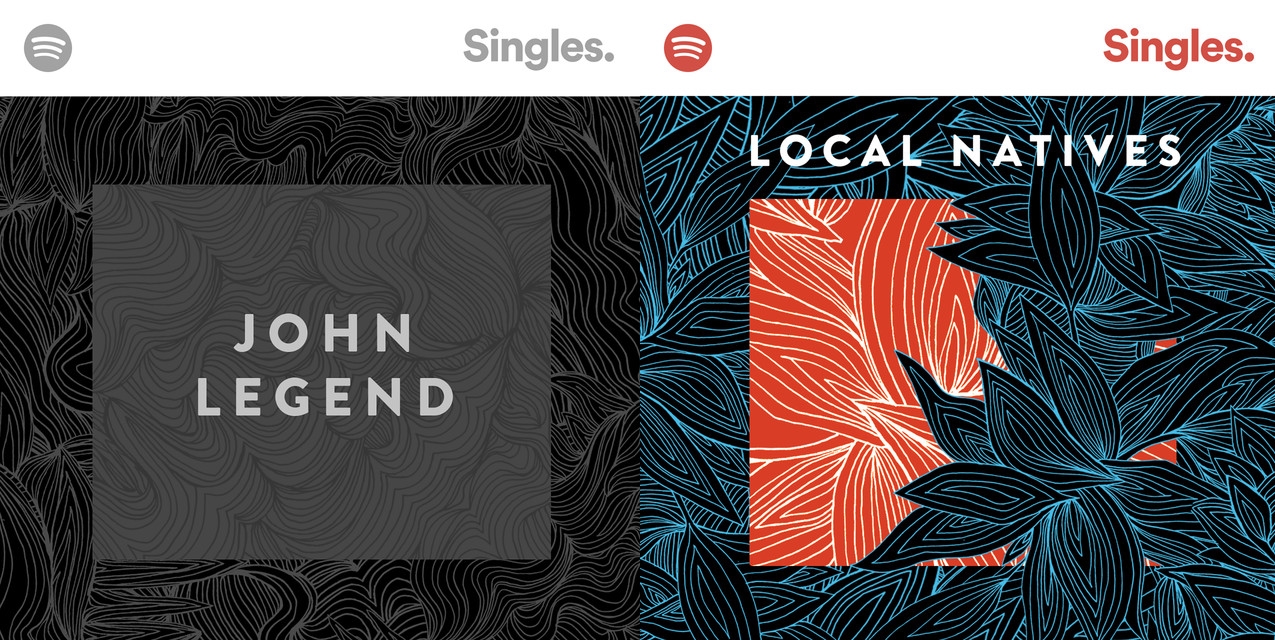 Spotify have launched a new singles section that pays homage to the old days of B-Sides with exclusive covers of popular songs by the artist accompanying a new version of their own popular hits.

Spotify’s new Singles section will feature new Singles every Wednesday in a 2-track album recorded by the artist at Spotify’s New York recording studio. Spotify Singles brings a new take on the old format for the digital era by recreating artist’s popular hits with a unique spin and producing a cover song to accompany their own track.

To debut their new feature Spotify added a new “Single” album for over 20 artists including John Legend, D.R.A.M., Tove Lo, Grouplove, Local Natives, and Juanes. It’s an impressive start and with new Single releases every Wednesday Spotify say that they will add more than 100 Singles in the next year. As an example of what you get, John Legend’s Single features a new recording of his hit ‘Love Me Now’ and a cover of Marvin Gaye’s ‘What’s Going On’ – both recorded exclusively for Spotify at their New York offices.

As well as singles Spotify are planning to launch another new feature called ‘Live’, which will capture live performances of artists and release them on Spotify. In case that sounds a little underwhelming, as part of Live Spotify will offer certain superfans, based on their Spotify listening, an invitation to the performances. A live photo from each of the performances will be used for the cover art of each Live album from Spotify.

Both of Spotify’s new sections can be found in Browse under their own category.