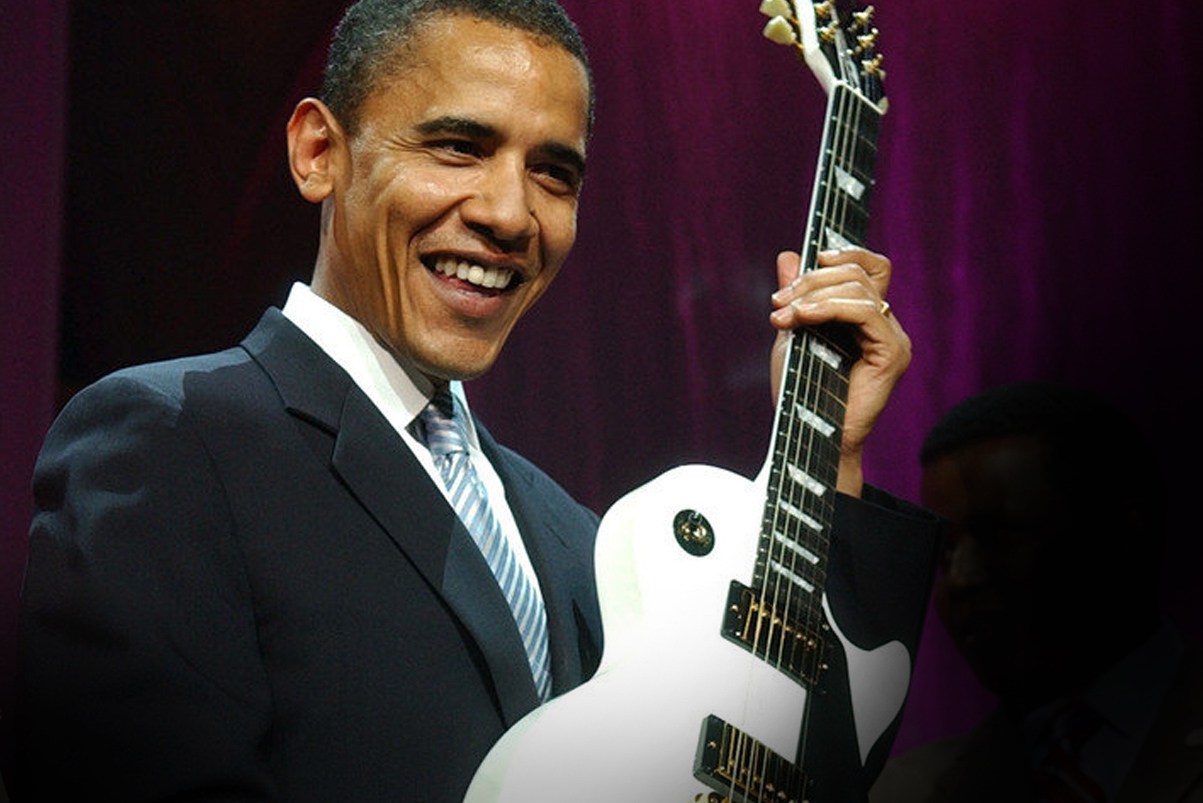 January 20th is closing in fast and will see President Barack Obama leave the White House for the final time, so what are his plans? According to the man himself he’s waiting to be hired by Spotify.

Well okay – maybe, just maybe, Obama was joking when he said: “I’m still waiting for my job at Spotify”. Regardless of his career prospects following his two terms as president of the USA, Obama has embraced Spotify in recent years showing an unmatched recognition of music streaming by a political leader.

Both the POTUS and First Lady Michelle Obama, have created Spotify playlists to share their music tastes around the world. In fact their embrace of the music streaming service led to an official White House Spotify profile where the pair have shared various playlists of theirs, as well as the Biden’s tracklists for celebrating the summer and the holidays.

Obama’s use of Spotify is just one representation of his terms as president, the cool, calm and collected man that showed himself as a real human and earned respect around the world because of it. He has also been vocal in his support of modern hip-hop, naming Kendrick Lamar’s ‘How Much A Dollar Cost’ as his favourite song of 2015. A great choice considering it’s message about society, spirituality, generosity and greed.

Last year Obama revealed his final Summer playlists (at least as President) which features Daytime and Nighttime select cuts. The playlists included a massive range of music old and new, including Nina Simone, Beach Boys, Miles Davis, Jay Z, Courtney Barnett, Common and many more. The president’s love of music hasn’t been revealed through his playlists as Obama has notoriously sung at speeches many times before, including a version of Uptown Funk and even an Iggy Azalea track.

Obama has generally been a revolutionary with his embrace of new technology and platforms, having live-streamed interviews on YouTube and allowing people to get involved via the internet. His successor, President-elect Donald Trump has also welcomed new platforms, however in perhaps a slightly different manner. Trump has gained recognition for his prominent use of Twitter which some celebrate as a way to engage with the world, and others criticise for his hyperbole, tone and making various rants over issues generally deemed unimportant.

It will be interesting to see if President Trump will keep the White House Spotify profile active with his own music tastes or not. However if he does, I’m not expecting much more than a playlist of 30 Ted Nugent songs.