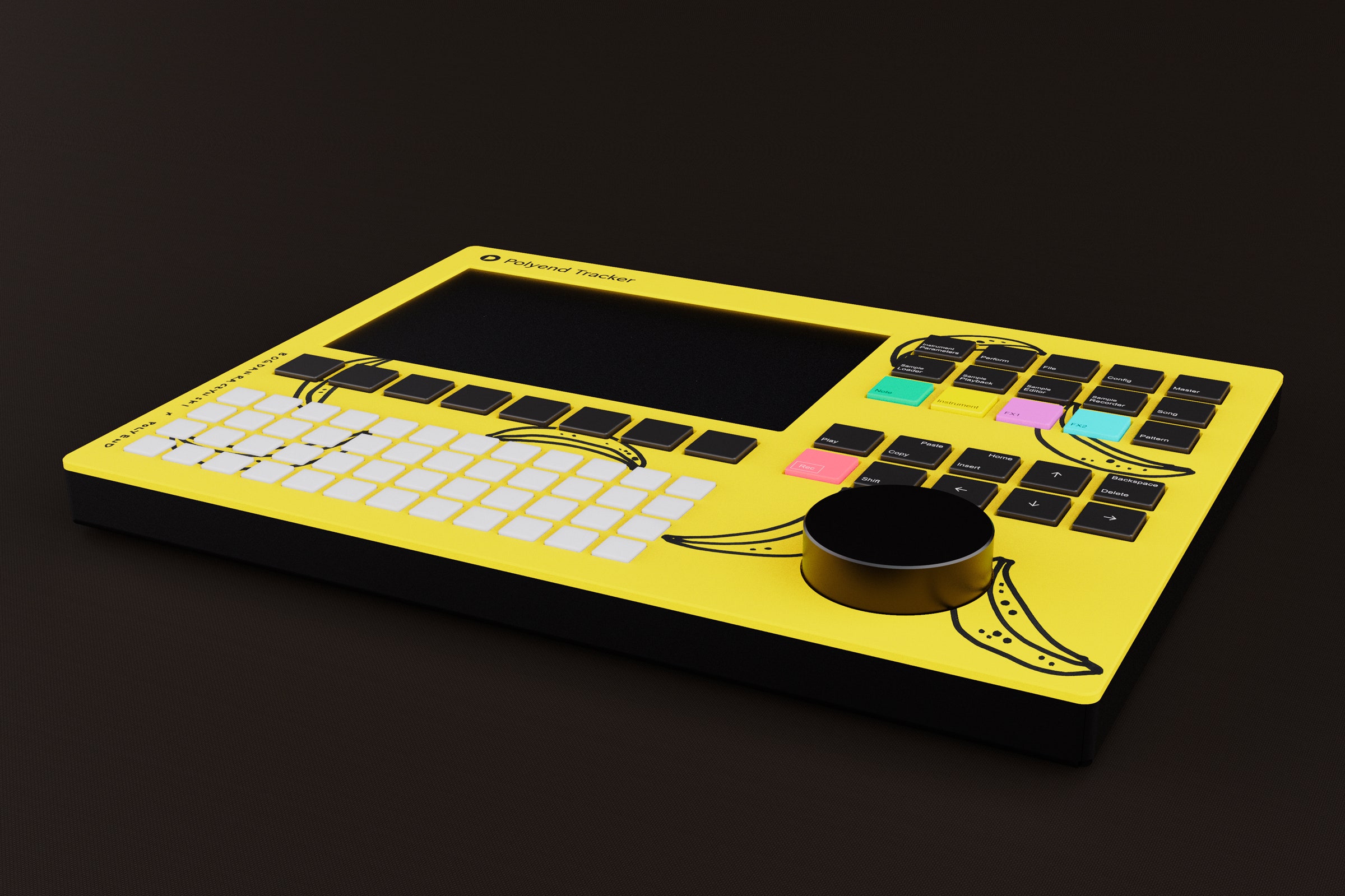 Polyend has teamed up with a trio of electronic music artists to create a limited edition colourful retro tracker.

The Polish music tech company has recently announced a line of limited-edition “Trackers.” These are devices that function as both stand-alone electronic music instruments and as active controllers for manipulating music software.

The design takes influence from the popular tracker software, a music-making program that was popular in the ’80s and ’90s. Trackers were the main influence behind modern digital audio workstations like Logic and Ableton Live. The software could be used for arranging and manipulating samples, composing songs, and for live performances.

Polyends trio of new Trackers was designed in partnership with their popular electronic artists who are known for using tracker software – Bogdan Raczynski, Legowelt, and Pete Tong.

Each Tracker comes with a vinyl EP of songs made with the device pre-loaded as well as other unique samples for users to remix. The trackers are limited-edition and there will only be 300 available from each artist, costing $799 each. Don’t worry though as Polyends standard non-artist Tracker is widely available and retails for $599.

A vintage tracker program looks complicated at first glance, especially to those who are used to using modern software. Vintage trackers use blocks of text characters to represent musical notation, it also displays its playback vertically, where modern DAW’s are horizontally. Polyend’s hardware Tracker comes with a  7-inch screen on the front, and the user interface is based on the vertically scrolling interface of yore.

The hardware also comes with dozens of pads and one large knob that can be used to navigate the interface, control sounds, edit and trigger samples, or serve as Midi controls for any other electronic instrument. It’s very much a meeting of new and old that aims to bring you the ease of modern technology with some of the inscrutability of older tech.

As Polyend CEO Piotr Raczynski explains: “This hardware and software gives you limitations.” Adding: “When you have a DAW nowadays with any computer, you can have thousands of tracks and thousands of effects. That is tempting, and it can be a little intimidating. But here you don’t have any fancy graphics. You have to listen to it; the main receptor is your ears. This limitation gives you a kind of freedom that you don’t have to think of the process anymore.”

if your a musician or producer looking for a challenge whilst also looking chic with your retro gear, then this new Tracker could be for you!