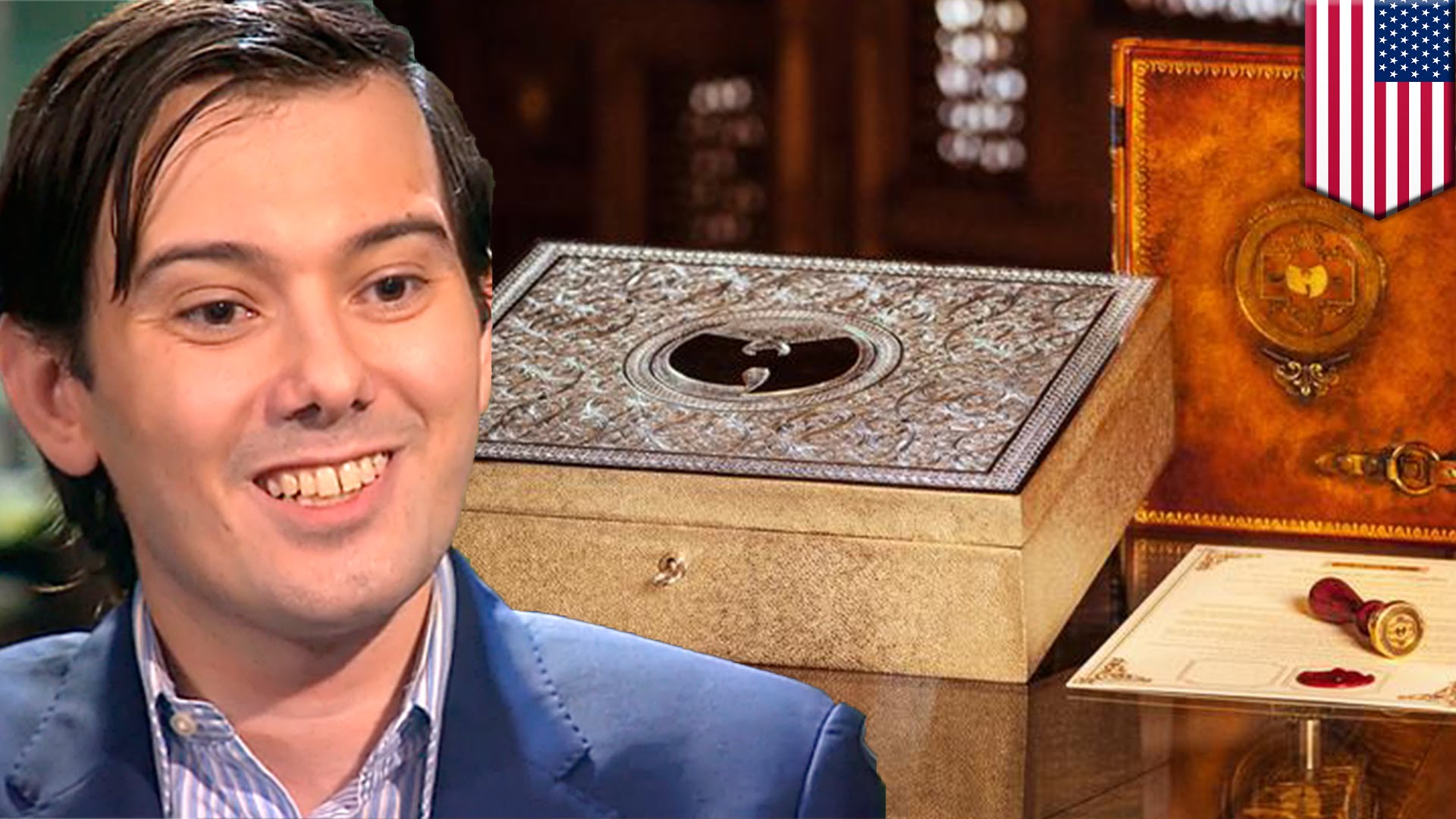 Infamous rich guy Martin Shkreli has teased some more of the world’s most expensive album, Wu-Tang Clan’s 1-of-a-kind ‘Once Upon a Time In Shaolin’.

The American pharmaceutical executive came to prominence after raising the price of one of his drugs, Daraprim, by 5000%. The world lashed out and so was created the closest we have to a super-villain that isn’t trying to invade anywhere or start any wars – that we know of.

Last year Shkreli got the attention of the hip-hop community when he bought one of the most notorious records in years. Wu-Tang Clan’s album, Once Upon a Time in Shaolin, was made as a one-off art project to be auctioned off to the highest bidder. That just happened to be Shkreli.

Later that year though, Shkreli made a bold claim that if Trump won he would release his unreleased music collection featuring never-before-heard Nirvana, Beatles and more as well as Wu-Tang. As you might have seen, Trump won and now everyone is waiting for Shkreli to make good on his word.

He released a snippet earlier this year shortly following the election but has been silent beyond that, citing his contract with Wu-Tang about releasing the album. But now we have more of the album leaked as Shkreli plays the intro and some tracks in the background of an interview. Whether this was a mistake, Shkreli’s way of giving us a bit more or a purposeful tease, who knows.

Unfortunately the quality isn’t the greatest and you will have to cut through Shkreli’s voice arguing various subjects with an incredibly un-charismatic reporter. But hey, this is all us Clan fans have to keep us going for now.

Skip to the end for the music.