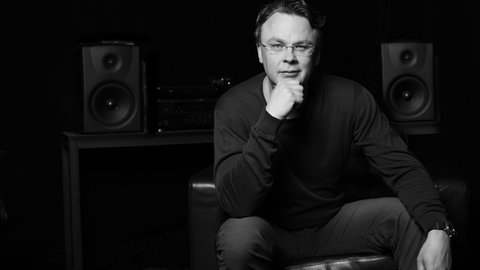 Jay-Z’s star-powered music streaming service has revealed its new CEO, the fourth to step in since launching just over 2 years ago.

Replacing Jeff Toig as CEO of the high-fidelity music streaming service will be Richard Sanders. Sanders takes the reins at Tidal following five-year stint at Kobalt Music Group where he served as President of the company.

With considerable industry experience, standing as the chairman of international & president of global marketing for Sony Music. In addition Sanders headed up Sony Music Live which was responsible for more than 5,000 live music events every year. Before working at Sony Sanders still had an impressive résumé having worked at RCA Records, Arista Records and Sir Richard Branson’s V2 Records.

Considering the various struggles Tidal have experienced since launching to stay afloat, relevant and most importantly make money – Sander’s experience will hopefully go a long way into creating a Tidal that can continue to exist.

Richard Sanders joins Tidal as the 4th Tidal CEO in roughly 2-and-a-half years after Andy Chen left in April 2015. Interim CEO Peter Tonstad then left 2 months later, spelling concern for the company and it’s future. Fortunately Jeff Toig stepped up as CEO in mid-2015 and until now has kept the position, though the company hasn’t seen any considerable growth or success under his management.

How much Jay-Z remains involved in the music streaming service is questionable, he even forgot he owned it in court last year. Jay has just released his latest album 4:44 showing he’s still in the music, but is he in it beyond an artist perspective?