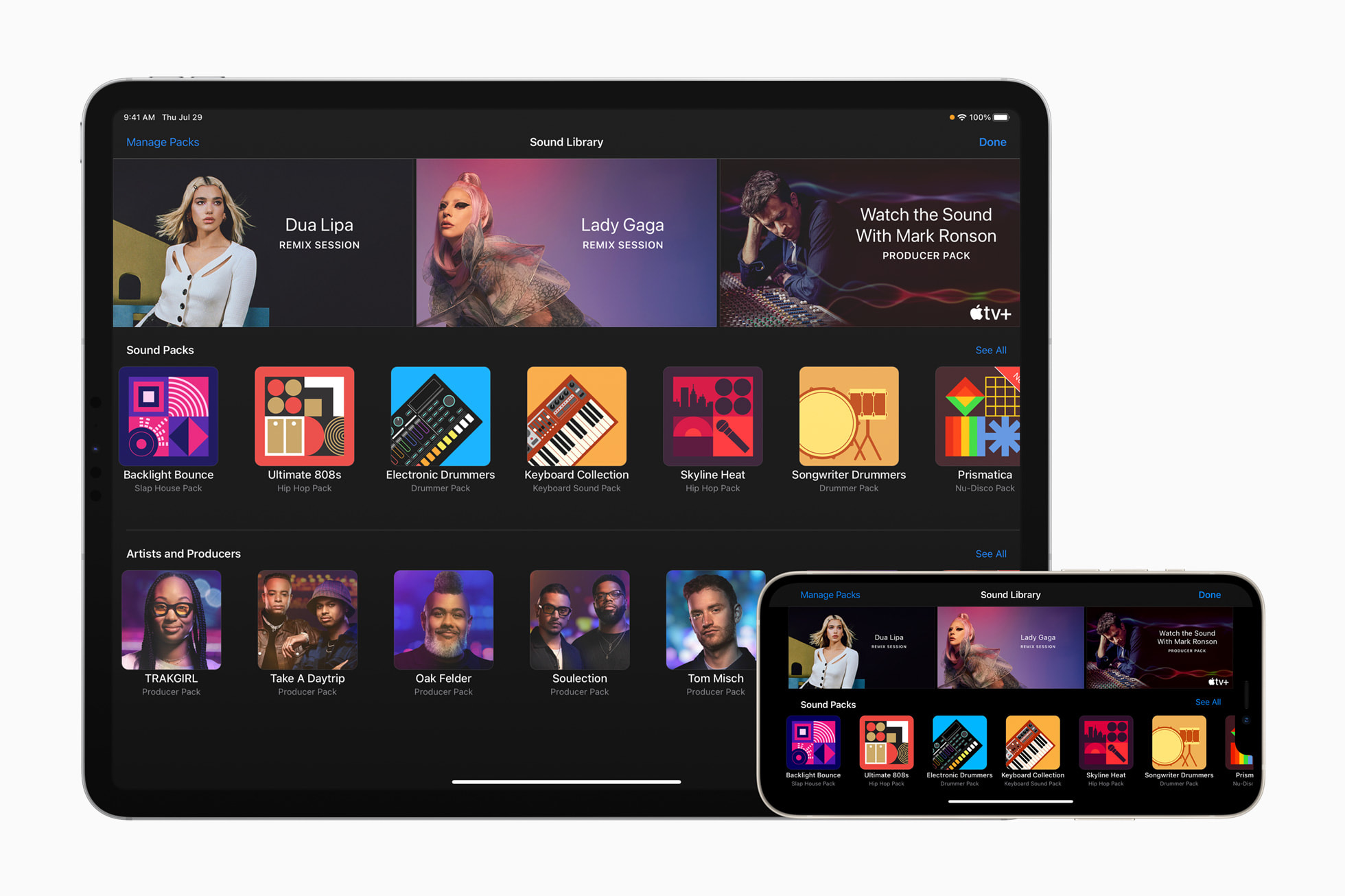 Learn to remix for free and get new artist sound packs including Producer Packs from Mark Ronson and Tom Misch with the latest update for GarageBand.

With the latest GarageBand iOS and iPadOS update Apple has debuted new Sound Packs from top producers in the music industry, all available to download for free. GarageBand offers a route into music production that’s easy and accessible for beginners, and with this update users can learn to remix and create songs with exclusive new beats, loops and instruments.

The seven new Producer Packs on offer include hundreds of royalty-free sounds and instruments created by the likes of Tom Misch, TRAKGIRL and Ariana Grande producer Oak Felder.

Andra Day producer TRAKGIRL said: “It’s been an important mission of mine to help young women break into music making, and GarageBand is a powerful creative tool that everyone has access to. I hope my Producer Pack will inspire people globally to embrace their creativity and show that anyone can follow their dreams and get involved in music production.”

A separate Pack acts as a companion to producer Mark Ronson’s docuseries Watch the Sound With Mark Ronson, available on Apple TV+. Users can play around with sampling, drum machines, synths and effects inspired by the music on the Apple Original show.

Also included in the update are two new Remix Sessions, aimed at letting users have a go at remixing songs through a fun, easy platform. Following the video instructions, GarageBand app users can remix Lady Gaga’s “Free Woman” and “Break My Heart” by Dua Lipa using the stems of the songs – the beats, vocals and instruments – to take the tracks in a whole new direction.

Dua Lipa said: “It’s amazing to see Apple bringing my music to life in GarageBand, so now anyone can experience how I made ‘Break My Heart’ no matter where they are. Music has the power to bring people together, and this is doing that in such an exciting way. I personally can’t wait for people to have a lot of fun experimenting and coming up with different versions of my song.”

The GarageBand app is a great gateway DAW for Apple users. The new Producer Packs and Remix Sessions can be downloaded from GarageBand’s Sound Library for free.