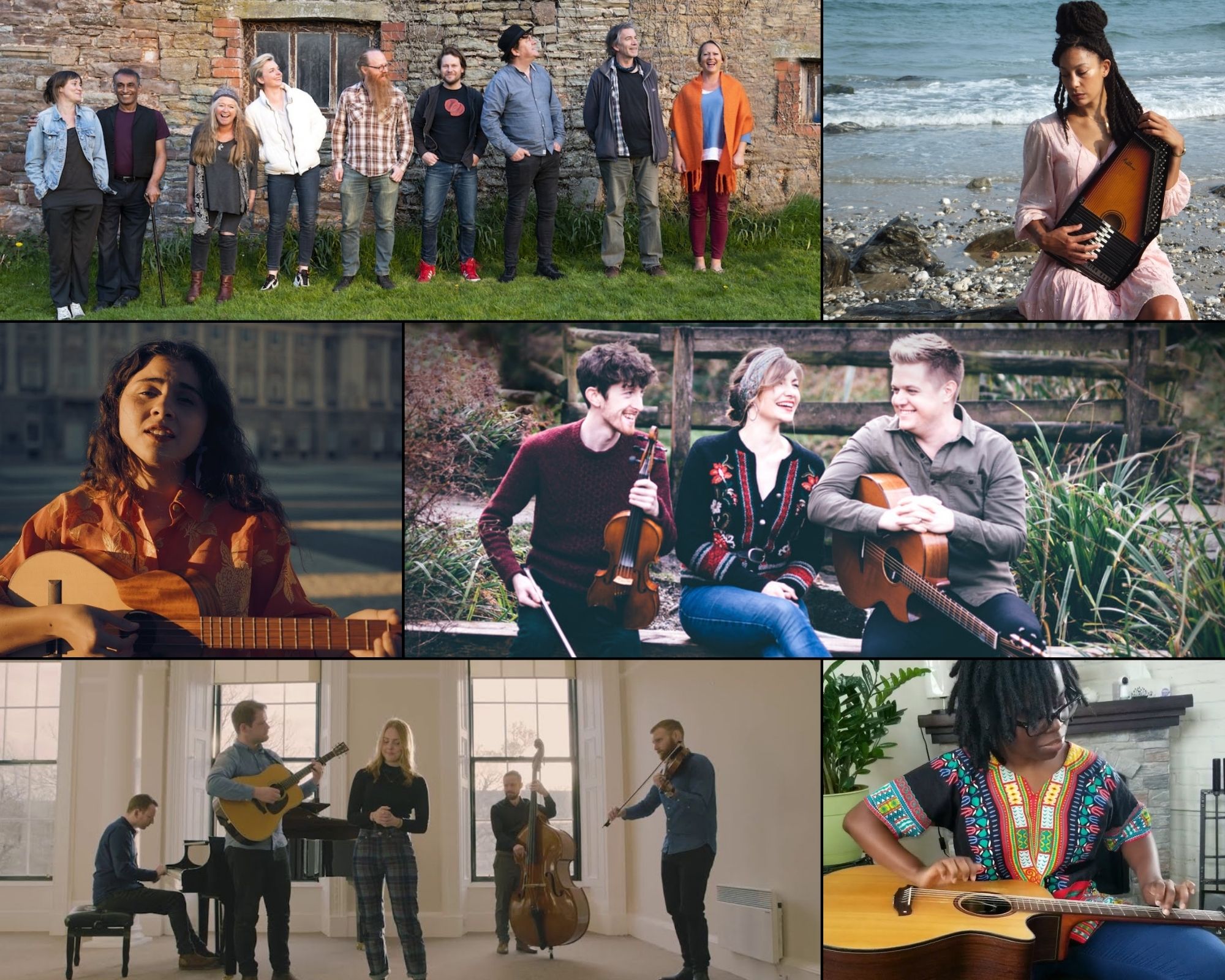 Don’t miss these folk artists creating exciting new music, with influences from around the world, in 2022.

Great folk songs can be love letters to the natural world, calls for unity, or celebrations of community and history. Sometimes they contain all those things. What will 2022 bring for the folk music world?

Folk music in 2021 started off with the delightful #ShantyTok trend, which filled first TikTok and eventually the music charts with sea shanties. There were unexpected joys to be found in major album releases, like the UK folk covers in Robert Plant and Alison Krauss‘ second album Raise The Roof.

Whatever treats are in store this year, on folk scenes big and small, you may well find some of these musicians behind them. Here are six rising folk artists in 2022.

Angeline Morrison’s fascinating and much-needed forthcoming project The Sorrow Songs is still a work in progress, due for release in October 2022. The result of her research explores the black experience in British folk music. A snippet can be found for a limited time on her Bandcamp, if you’re quick. You’ll hear Morrison’s deep love for folk songs shining through her pure, stunning voice.

Multi-instrumentalist Silvana Estrada started off learning jazz standards before diving into Mexican traditional music. There is still a lick of jazz within the instrumentals along with influences like Portuguese fado and Venezuelan folk, anchored by her haunting, heart-bursting vocals. Look out for her new album Marchita in 2022.

An extraordinary guitarist, Yasmin Williams uses her own invented fingerstyle techniques, plus added extras like a kalimbo and bow that in a lesser musician’s hands would be gimmicks. Based in Virginia, she actually took up the guitar after playing Guitar Hero 2. Her 2021 release Urban Driftwood saw her solidify her sound.

Freedom to Roam’s self-titled album was released in 2021 in collaboration with the Born Free Foundation – let’s hope that’s not the only collaboration from this collective who call for compassion for refugees and draw attention to the plight of the diminishing natural world.

Want to discover more new music? Check out further lists of artists to watch in 2022:

With RouteNote you can release your folk music recordings to Spotify and other streaming platforms for free. Get your music heard around the world, without signing away the rights to your songs.