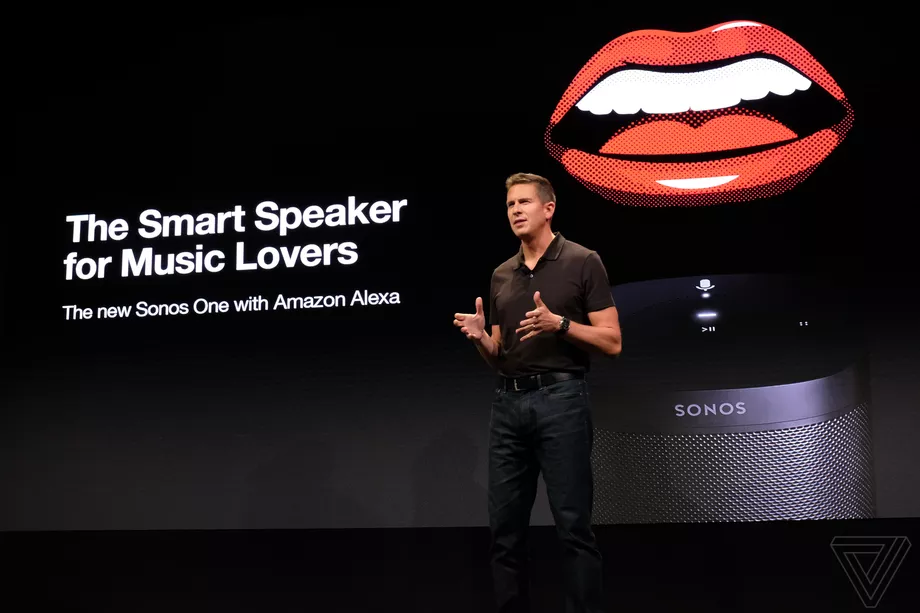 Sonos have revealed a bunch of what they have planned including an Amazon Alexa powered Sonos speaker and Airplay support.

At their media event in New York City yesterday Sonos unveiled a bunch of their newest endeavours revealing some exciting news for the connected speaker makers. Get ready to start speaking to your Sonos speakers and, maybe, say goodbye to the Amazon Echo with Sonos’ competing new speakers.

Yesterday Sonos revealed the Sonos One, a long-awaited speaker containing Amazon’s artificial intelligence assistant Alexa and far field microphones. This means for the first time ever Sonos has the full capability of home speakers like Google Home and Amazon Echo. Of course the Sonos One also has the benefit of superior sound quality over competing AI-powered speakers.

Using Alexa you can tell Sonos One to play from the variety of supported services including Amazon Music (of course), Pandora, iHeartRadio. Whilst Sonos themselves support major streamers like Spotify and Apple Music, they won’t be supported by voice control straight away. Spotify in particular are coming “soon” after release, but will still be supported via apps from launch.

Sonos One will launch with Alexa but they say that they have plans to add support for Google Assistant next year. Legendary Beatles producer’s son Giles Martin, who works with Sonos, said: “We absolutely envision a world where customers use Sonos One with multiple voice assistants.”  At only $199 the Sonos One is going to be a massive threat to smart speaker makers, so it’s incredibly interesting that they are teaming up to integrate their technology into Sonos. 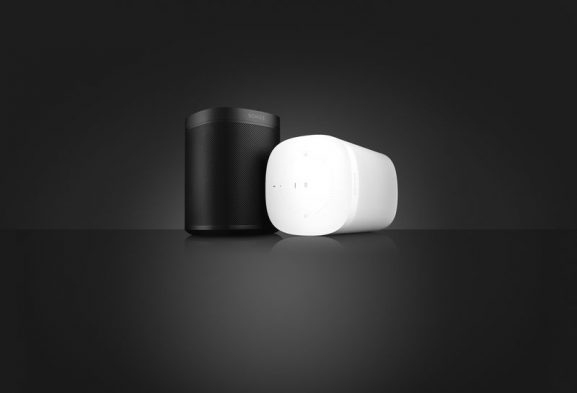 Perhaps the AI technology has become more important to major tech companies like Google and Amazon? That’s not what it seems as Amazon recently boosted the sound quality in new Echo speakers. Google are also reportedly working on a ‘Home Max’ speaker which is said to be capable of high-end audio quality. Perhaps they are just keen to help out other tech-makers.

Further integration with others, (that’s kind of what this conference focused on), Sonos announced that they will be adding AirPlay 2 integration in 2018. This will add a whole host of functionality making it easier to play music from iOS, allowing multi-room connections between AirPlay speakers – not necessarily Sonos -, as well as more voice support as you will be able to use Siri on iOS and reportely the HomePod too to control your Sonos speakers.

Sonos is clearly passionate about integrating third parties into their speakers and business in a variety of ways to enhance them from all angles. At the event Sonos revealed their ‘Works With Sonos’ certification program which will give developers new possibilities to integrate hardware and software into Sonos. They’re already working with Olutron, Wink, TunesMap, Wrensilva, Alarm.com, Crestron, and iPort.

It’s going to be fascinating to see where these partnerships take Sonos in the future, and how much their introduction of voice control will impact the newly booming home speaker market.