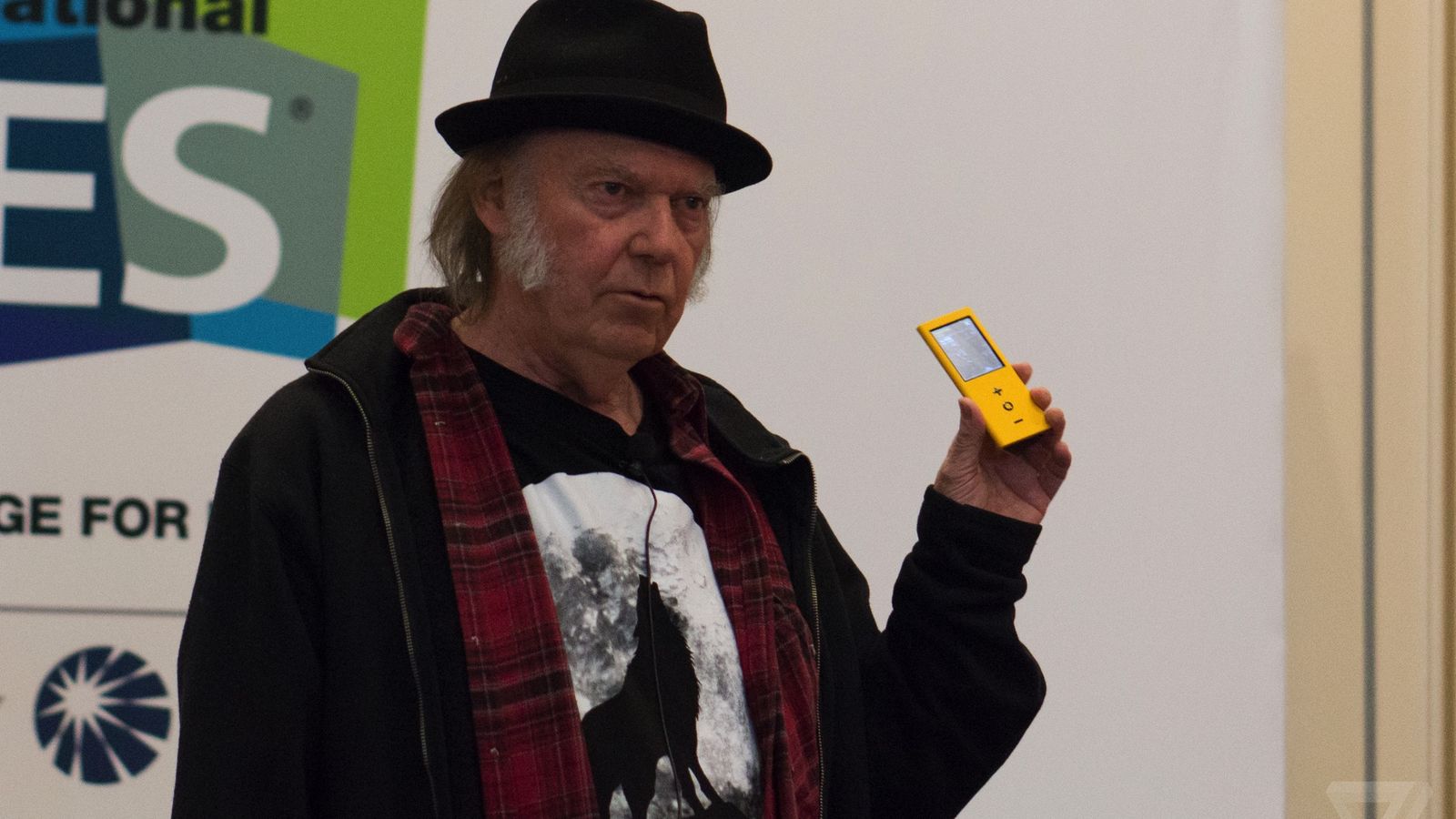 Not willing to give up on his failing music service Neil Young has revealed big plans for Pono that he hopes will resurrect it to success.

In 2014 Neil Young released the questionable Pono player and it’s companion store Pono Music. The player found it’s niche as a hi-res music player but with it’s awful design, limited storage space considering how large hi-res music is and it’s expensive music store it failed to ever kick off.

The Pono Music store has now been down since July of this year but in a recent interview with Rolling Stone Young has revealed that this isn’t the end for Pono, at least as far as he’s concerned. In potentially one of Young’s smarter moves he has recognised the success of streaming services and is looking to introduce a Pono music streaming service.

Young told Rolling Stone: “We’re pushing towards getting a presence in phones,” adding that Pono is working with a Singaporean country to “maintain our quality level when we go to streaming”. They are hoping that they can continue their commitment to hi-res music with their streaming service offering quality up to 192kHz, 24-bit. The service will reportedly shift it’s audio quality depending on your connection as high quality music can be as high as 9Mbps.

The streaming market is far from under-occupied with competition including the leading streamer Spotify, Apple’s massively successful Apple Music, Deezer (recently launched in the US) to name but a few of the many current streaming services. Pono could however find success by cornering the hi-res streaming market, something that Jay Z’s also struggling service Tidal tried to corner (it seems artists venturing into music services doesn’t go too well).

It’s unclear what the future holds for the Pono player, which is currently still being sold, and the Pono Music store as they look towards streaming. The Pono Music website currently reads:

Progress continues to move the PonoMusic store to a new content partner. We are in the midst of doing all of the needed engineering work to enable that. Once completed, you’ll have the ability to purchase our music in the US and Canada again and we will have the ability to begin expansion to other countries. This remains the top priority for the PonoMusic team, and we appreciate your continued support during this transition.

Thank you for your understanding, patience, and support.
The Ponomusic team.

The Pono player struggled to sell after launching and then failed to retain customers by getting them to buy music from the Pono Music Store, which saw pricing as much as $24.99 just for a digital album. Maybe a streaming store will be Pono’s saviour but Young has a long way to go if he wants to break into that industry now.