The original iMaschine wasn’t hailed as the most powerful music production application when it released four years ago for iOS, but it provided producers a platform to sketch their ideas out on the go and then transfer it to the desktop version ‘Maschine’.

Now with iMaschine 2 Native Instruments have created a much more capable app that takes the versatility of the original iMaschine and bring with it a totally new design and powerful performance allowing for an all in one suite, anywhere you are.

iMaschine 2 features a track arranger with which you can transform your loops and scenes into full tracks just by swiping your finger on the screen. You can easily edit your tracks adding, moving and deleting sections quickly.

Step Mode is the new drum-pad-based feature with which you can place all your kicks, hits, snares, hats and more exactly where you want, arranging your percussion all within the app seamlessly. You can also browse through hundreds of different sounds for a diverse set of rhythm sections.

A new in-built Smart Play keyboard allows you to create melodies, basslines, chords and Smart Play will even map the keyboard to notes in a scale so that you never play a wrong note. The arpeggiator also allows you to “quickly add dynamic movement to your music.”

The visual design has had a complete overhaul as well with bright colours accentuating the various features of iMaschine 2. Colour coding also allows simple and fast organisation and navigation of projects, sounds and groups. 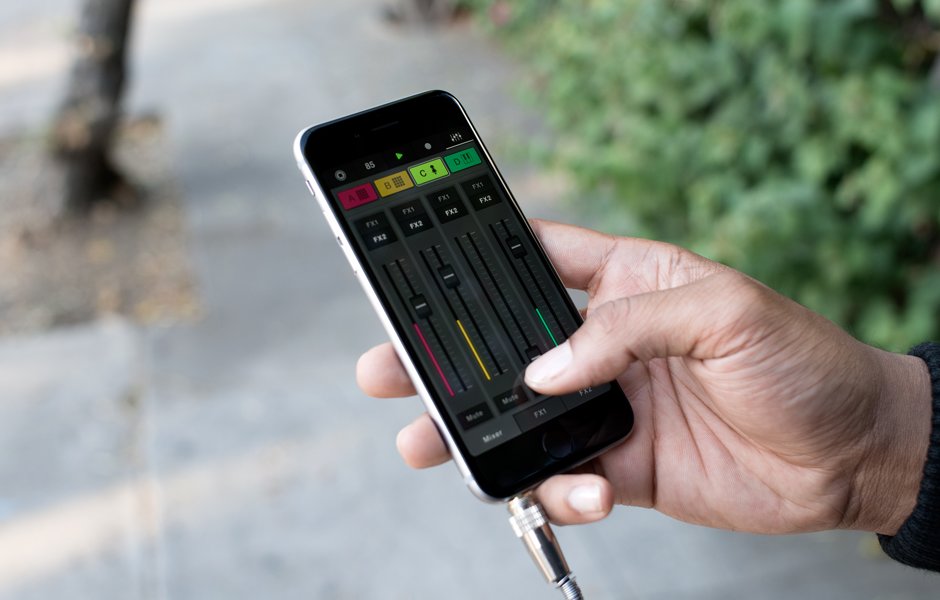 One of the truly unique features introduced in iMaschine 2 is the use of iPhone 6s and 6s Plus’ 3D Touch, the first music production application to use the interactive feature. With 3D Touch you can adjust the dynamics of your playing by how hard you press on pads with the Note Repeat feature, as you can on the desktop Maschine. With the pressure of your finger you also control the rate of Note Repeat. You can also directly jump into recording a sample or opening up a new project from your home screen. Then use Quick Actions to easily enter Step Mode, mute pads or erase notes.

iMaschine 2 also comes with over 300 mb of content making up:

For a limited time (until December 1st 2015) you can get the ‘ULTIMATE COLLECTION’ which includes all 36 iMaschine expansions currently available, for the price of one. It includes over 100 projects, 200 drum kits and 90 instruments all in a range of genres from hip-hop, funk, soul to techno, house, EDM.

Get iMaschine 2 now for $4.99 on compatible iPhones and iPads from the Apple App Store.