After gaining thousands of fans on the iPad djay Pro has launched for iPhone bringing it’s deep mixing app to even more audiences.

djay Pro is an advanced mixing app that puts the power of DJing into your smartphone, whether you’re a beginner or an expert. The 2016 Apple Design Award winning app has been available for a year on iPads, but now developers algoriddim are bringing their quality DJ app to the masses by releasing it onto iPhones. 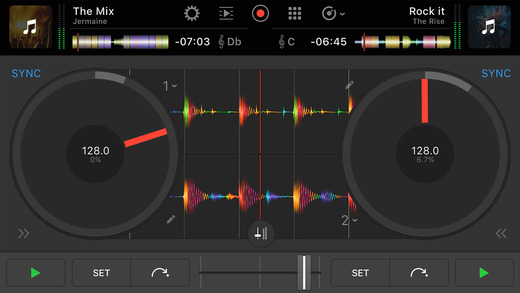 The new app has been rebuilt exclusively for iPhone’s for the best possible experience. Whilst at first glance djay Pro can seem like any other DJ mixing app it is filled with loads of features that provide a DJing experience so deep you won’t even miss the decks. In addition djay Pro uniquely allows you to connect up with Spotify, giving you access to over 20 million songs that you can mix, fade, and more.

djay Pro provides a complete toolkit for DJs of all skill levels. Built exclusively for iPhone, djay Pro seamlessly integrates with your media library and Spotify, giving you instant access to millions of tracks. Pristine sound quality and a powerful set of features including high-definition waveforms, four decks, and video mixing give you endless creative flexibility to mix music on-the-go.

At the heart of djay Pro is an innovative, modern user interface that provides flexible layers of functionality. It features advanced performance modes including horizontal and vertical colored waveforms, live sampler and drum pads, FX racks, a video mixer, as well as a powerful four deck view that allows you to play, mix, slice, and synchronize up to four tracks simultaneously. 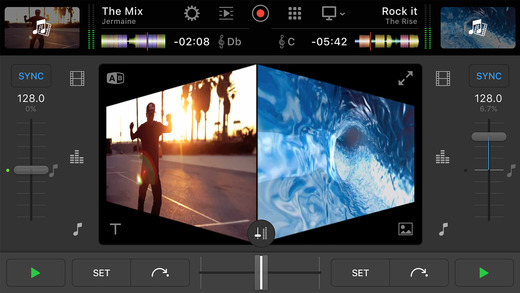 The sheer performance of the iPhone 7 enables a host of new features that were previously impossible on a mobile device, including mixing of up to 4 audio tracks, plus two simultaneous 4K video streams, all rendered in pristine sound quality and with brilliant video output in full HD, at 60 frames per second. djay Pro combines rock-solid stability with unrivalled performance, delivering a powerful, dependable solution for performing DJs and VJs.

You can find out more and download djay Pro for iPhone from the Apple App Store at a 50% launch discount right now for £3.99.