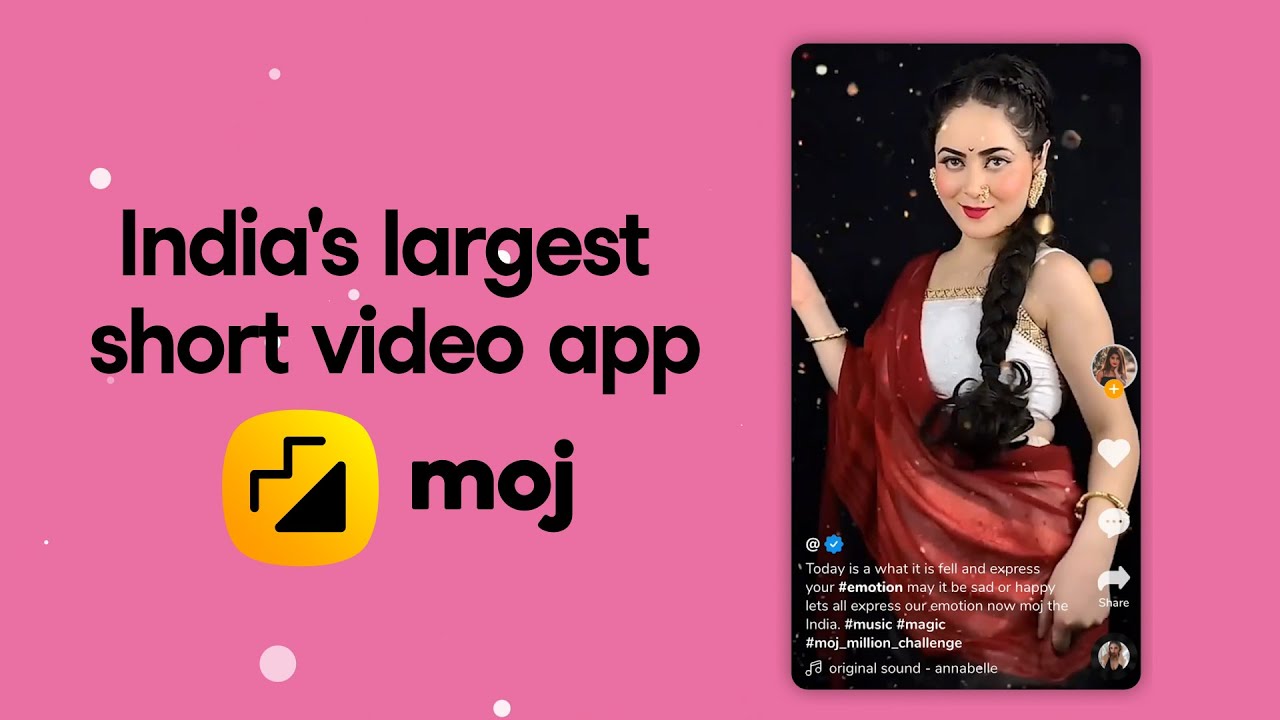 As short video apps fight to take over the 200 million users TikTok left after its ban, Moj pulls in over 50m users just over a month after launching.

Since TikTok’s ban in India, many app have been hoping to take the top spot for social media in the country, with similar short video platforms such as Triller, Likee and Instagram Reels gaining significant traction.

Launching in early July shortly after TikTok’s ban, social networking company ShareChat reported over 1 million downloads in the first week. Since, the app has picked up quite significantly, with over 50 million monthly active users (a fairly useless metric for an app that’s been around for one month).

Download the app in the App Store or Google Play Store.