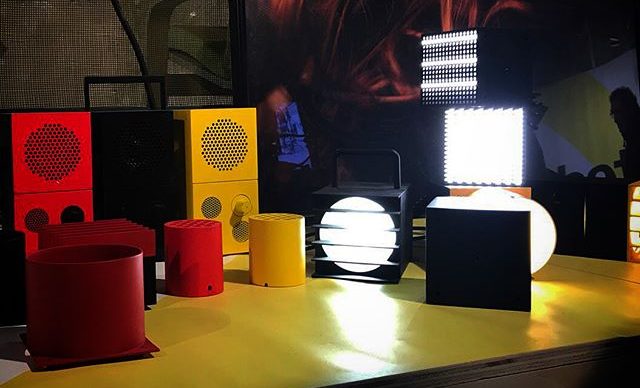 IKEA have revealed the final design for their new range of music products coming next year in partnership with Teenage Engineering.

Last year IKEA announced that they were partnering up with Teenage Engineering to create a new range of music products. Their FREKVENS range still has a year before it’s going to be in stores but IKEA have revealed a first look at what we can expect with 2 images on Instagram

The pictures don’t really go into detail about what they’re capable of but show some colourful, uniquely designed speakers. Another image shows their designs in blueprint style, though what they’re actually depicting is ambiguous. It looks like it could be an IKEA guide to building flat-pack speakers, but it’s hard to imagine they’re taking that approach for music products.

Speaking last year on why they’re bringing out a range of music products, IKEA’s creative leader of range and supply says: “We know that for younger people spontaneity is key. The idea of gathering some friends could become a reality in minutes. What is then needed at home? Or maybe you want to bring along the party somewhere else? Together with Teenage Engineering we want to explore the possibilities of bringing the party with you and what else you need for a great party.”

Jesper Kouthoofd, head of design and CEO at Teenage Engineering, the company behind the amazing OP-1, added: “When you are younger you usually come up with the idea of a party the same day and I think a lot of people use IKEA that way. ‘I’m going to have a party, I need some glasses, napkins, candles and stuff and will go to IKEA to get it.’ For use, it is about finding a reason to make and play some music. Thinking about the totality of what you need for a party is a good start.”

IKEA say that the collection will be in stores February of 2019.