Billboard have released a “scorecard” that pits the pros, cons and secret weapons of various streaming service against each other to see how they fared in the highly competitive year of 2015.

It also covers the surprisingly large subscriber base for Amazon Prime Music as well as Spotify’s pole position in users and value. The chart then closes with an ‘outlook’ for each streaming service , in the form of weather metaphors… fun!

Take a look for yourself: 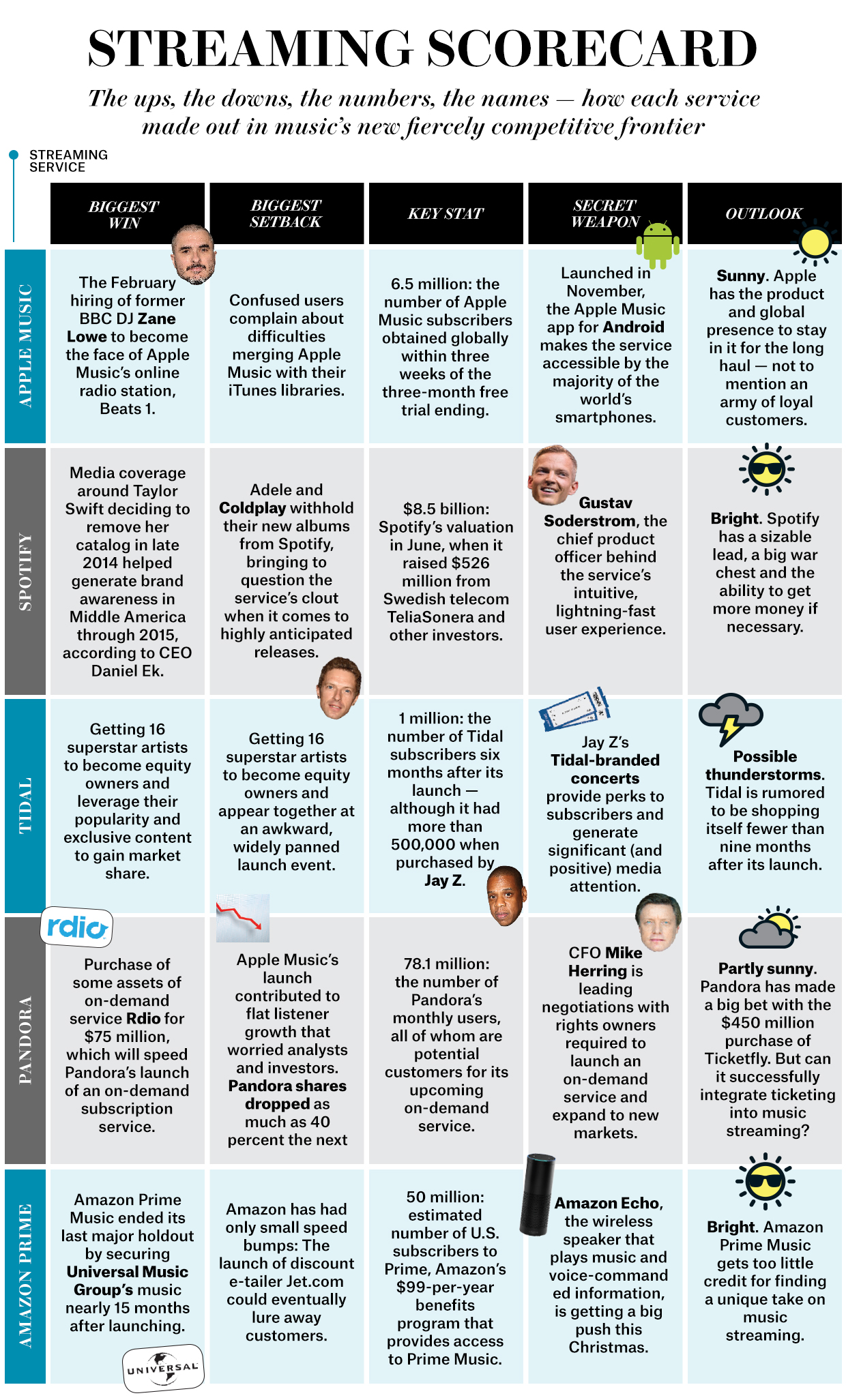