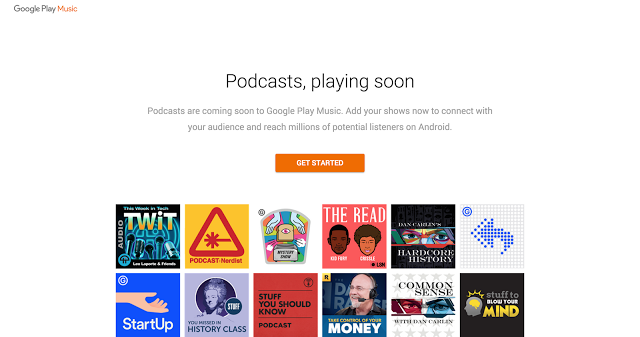 Google announced last October that podcasts would be coming to their music streaming service, Google Play Music. Since then Google have pursed their lips on any news of a launch date. However this tuesday podcaster Bill Simmons tweeted that we’d be seeing the format come later this month. The tweet was deleted shortly thereafter.

This isn’t necessarily definitive proof that Google will launch a podcast section this month but it’s likely, as a popular podcaster, that Simmons might have been let in on it’s release. After podcasting successfully with ESPN Simmons left and now hosts the “Bill Simmons Podcast” which has gained roughly 27 million listens since launching 4 months ago.

Google have been working with an assortment of big-time podcasts like HBO, Nerdist, HowStuffWorks and many more in preparation for their launch. Only time will tell whether or not podcasts will really launch on Google Play Music this month but whenever it drops, we can’t wait.