Doppler Labs have started shipping their new ‘Here’ earbuds that enhance the sound of everything and let you edit what you hear.

After a successful Kickstarter campaign Doppler Labs are sending out the first shipment of their new earbuds to the 2,800 funders. These aren’t your standard earbuds however, you don’t use ‘Here’ buds to listen to music but to change how you hear the world around you.

Using an app to control your Here earbuds you can adjust the volume of what you hear and specifically lower ambient sound whilst maintaining the ability to listen to direct sounds. Using a five-band equaliser you can adjust the frequency of sounds, for example is your neighbours music coming through the walls? Just turn down the bass and relax, amazing right? 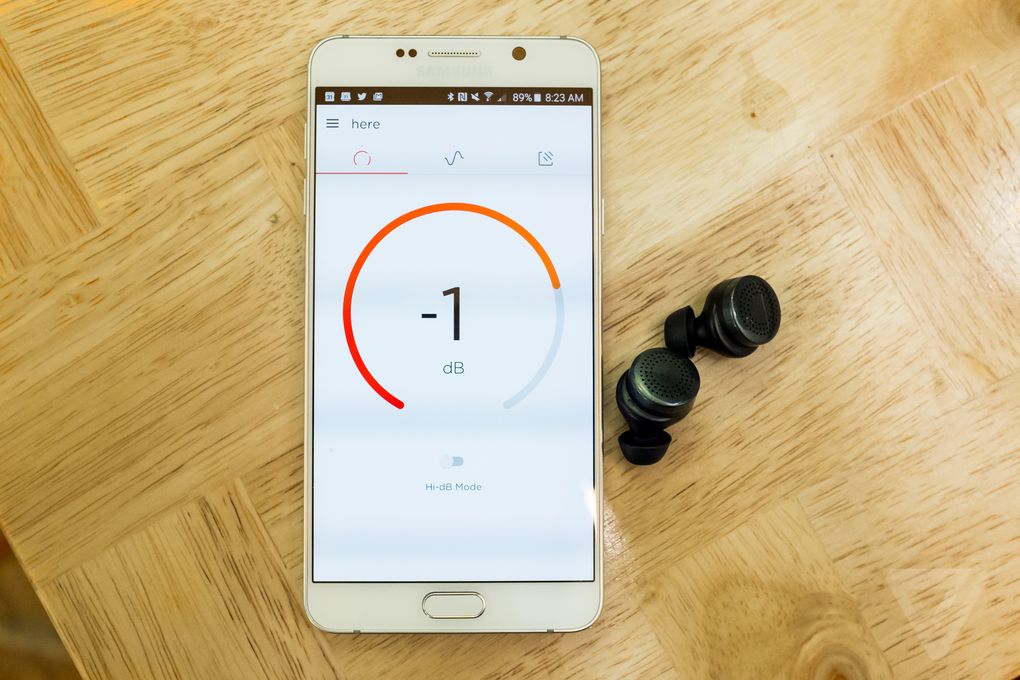 You can also choose between filters which are preset equaliser options set by the team at Doppler Labs to save you the hassle of trying to work out a particular sound setting. Filters include ‘Bus’ for cutting out the hum of buses, ‘City’ and ‘Crowd’ to drown out people making noise and talking around you. Here also features some funner effects like Echo and Fuzz.

Sean O’Kane from The Verge got to test them out and noted how the issues they had with the prototype version last year had all been resolved, especially hearing your own voice in your head. Of the experience Sean said: “From the time I popped the earbuds in for the demo to when I was leaving the Verge office at the end of the day, I was able to hold conversations while using Here. Better yet, there were times where the audio sounded so good (and there was so little latency) that I had difficulty believing I was still listening to the outside world through a pair of earbuds.”

If you’re concerned about looking mad with a pair of earphones in your ear all day fear not as the small buds are wireless and designed to fit snugly in your ear with little protrusion. From the outside they’re less noticeable than your average hearing aid. They look slightly like your ear stretcher plug just moved a little further up. 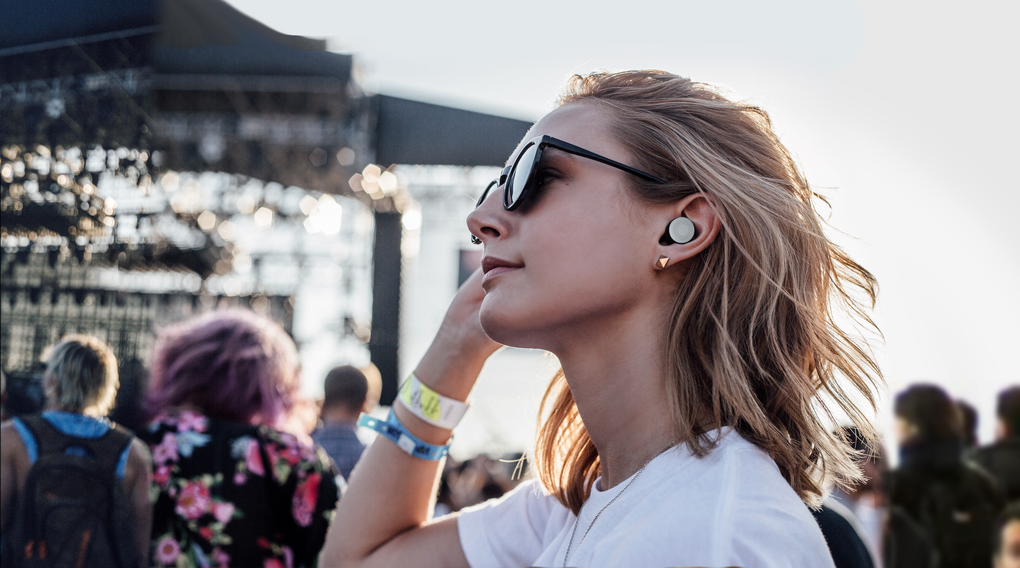 Doppler have announced a big partnership with Coachella that will allow festival-goers to bypass the 30,000 pre-order list and buy a pair of Here earbuds. Whilst at Coachella listeners using Here will be able to set specific audio filters that have been tuned for each stage to provide optimum listening for attendees.

CEO Noah Kraft says of Coachella with Here: “So you could imagine you go to the Sahara Tent, you say ‘I’m in the middle of the Sahara Tent’, and we’ll actually have a filter for that that’s perfect. The idea is that you can curate it for anything you want. It’s basically just algorithms in the back end.”

Kraft went on to give a… strange example of Here’s power, saying: “I sometimes sit here with [the decibel setting at] +6 with just the door open and eavesdrop on the office, it’s kind of amazing. You can hear, like, the little conversations that you’re not supposed to hear.”