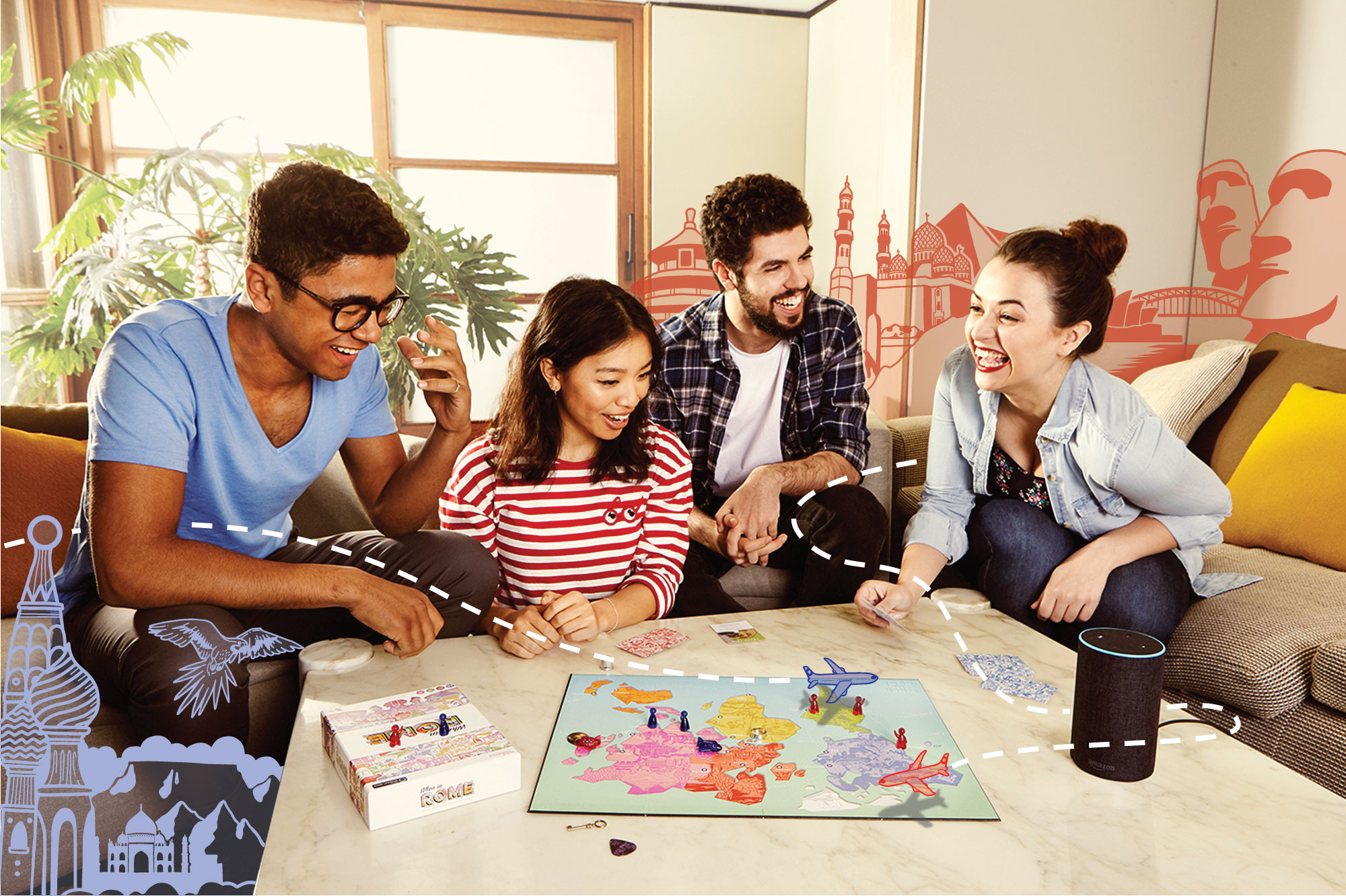 Board games are joining us in the future as artificial intelligence gets ready to start playing games with us and even enhancing them with interactive experiences.

AI’s are in almost every household now whether they’re in your pocket on a phone or managing your home in a Smart speaker. Data from earlier this year shows that smart speakers are in 20% of households now and soon they’ll be playing games with you – the fun kind not the world domination kind.

London-based company Sensible Object have just raised $3.2 million to put towards their development of creative games that integrate into our new technological world. They have been working on games that can use the artificial intelligence of Alexa and Google Assistant to provide a gaming experience with new dimensions and a new level of interaction thanks to the integrated tech which uses voice recognition.

When In Rome is the company’s first game, a multiplayer game which is planned to be released through Alexa on July 2 exclusively until early next year when it comes to Google Assistant. The game/experience will take players to 20 cities around the world and introduces you to a friendly local who will ask trivia questions about their city. You will play with team mates to answer questions and make friends around the world whilst earning upgrade cards and collecting souvenirs for each city.

Sensible Object CEO, Alex Fleetwood says: “When you think about having an amazing night out in a city, you don’t know the people you [will] meet, the kind of things that might happen. It goes into that kind of territory and brings some interesting ideas into the game. We’re working on music licensing for the game with local artists. So, for example, how do you bring the authentic sounds of contemporary Nairobi into the game, how can we bring that to life?”

The game will be updated regularly with new content and characters. A planned expansion coming later this year will be aimed at adults and will allow them to explore the nightlife of cities in the game. CEO Fleetwood says that Sensible Objects plan When In Rome to be the first in a series of ‘Voice Originals’, AI powered games. They will release 3 more Voice Originals in 2019 says Fleetwood.

Their $3.2 million round of funding came from investors including London Venture Partners, NCSOFT, March Capital, and Alexa Fund (an Amazon initiative to put $200 million of funding in startups creating products and services for virtual assistants). In addition to developing their own products Sensible Object also want to make their toolkit available for other developers to create board games with.

Fleetwood said of opening up their technology to other companies: “One of the uses of invested capital is to kind of keep building out those tools. We’re really excited about this because it plays into a strategy for Sensible Object of unbundling the box game.”

Sensible Object have raised $5 million and now have 25 employees since they launched their company in 2016.