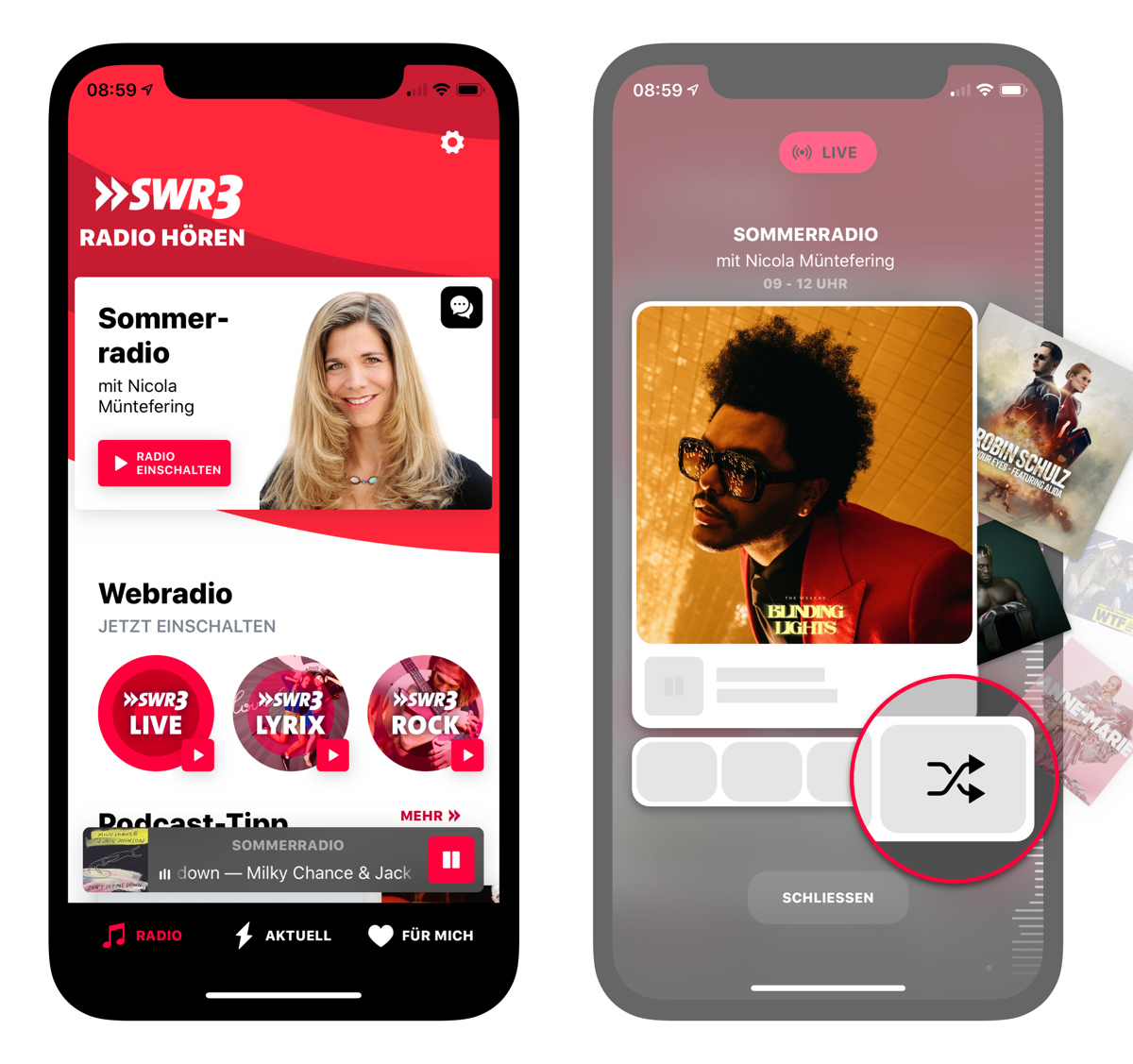 Südwestrundfunk (SWR) updates their radio station app, including a shuffle feature to intelligently change tracks to your liking.

One of Germany’s most popular radio stations SWR update their radio app. Alongside the usual rewind and listen again features, a skip button will choose a new song the AI deems will be more to your own taste. The AI powered by Berlin startup Cyanite, figures out what music you like and personalises song choices from SWR’s 1,300 song catalogue to play instead.

The is the first interactive-style radio station we’ve seen. Serving as a cross between streaming services’ ever popular personalised playlists and radio stations that between the chat, typically play chart music to suit the masses. It will be interesting to see how intelligent the system is at picking suitable songs. Will we see more radio stations around the world adopt this unusual method in the future?