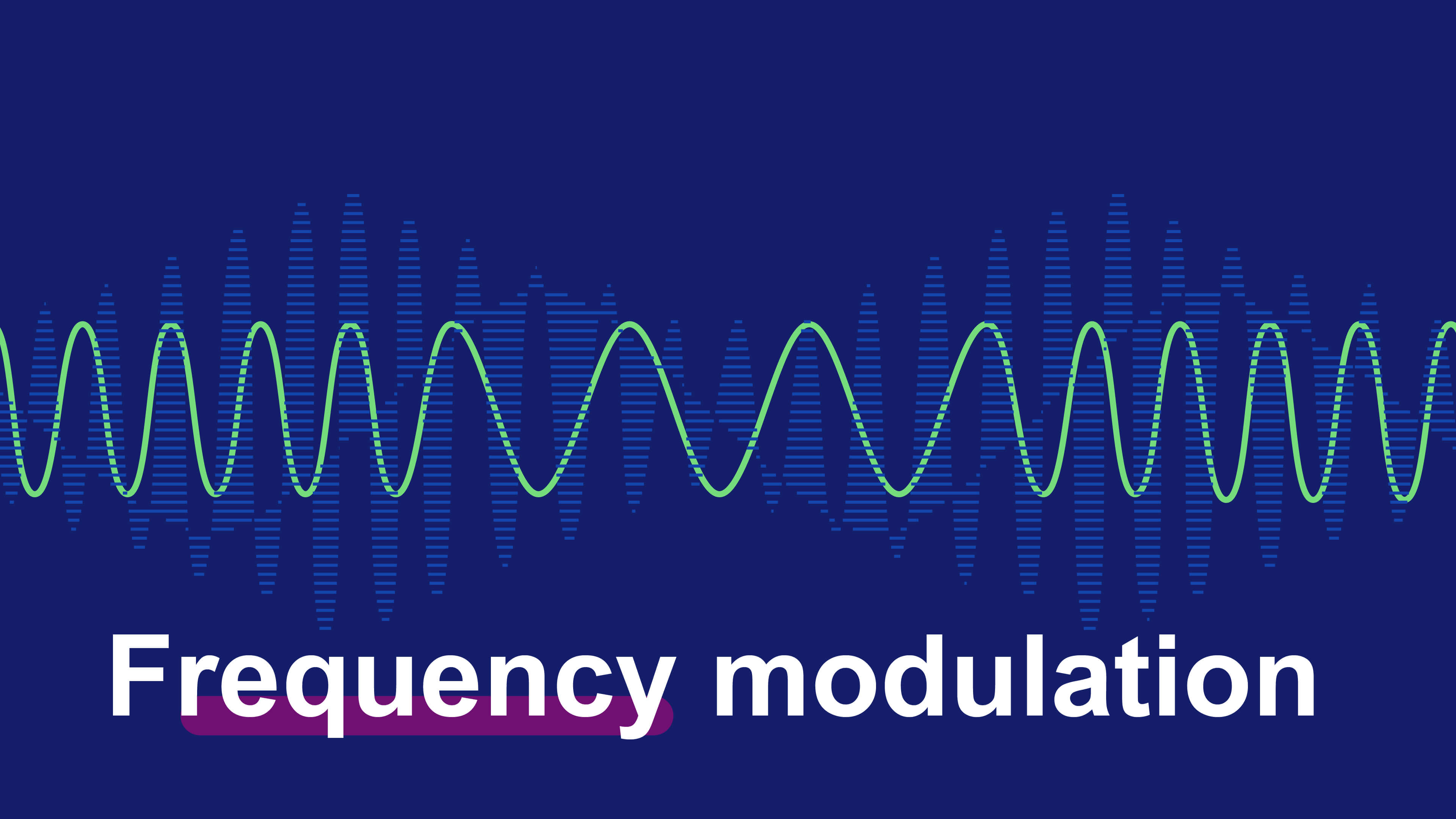 Frequency modulation is a fantastic synthesis technique for creating complex tones, harmonically rich sounds, and so much more.

Music producers know all about oscillators, LFOs, and envelopes. After all, these sound design tools are ingrained in the routine of music makers.

While these synth components are found in the vast majority of synthesizers, there is one type of synthesis that works a little differently. I am, of course, talking about FM synthesis. So let’s begin this guide to frequency modulation and why it’s different from the likes of additive and subtractive synthesis.

After all, an oscillator with no modulation whatsoever is a constant tone and so it’s pretty boring. And one of the easiest ways to make it exciting is to modulate the pitch of the oscillator with an LFO or an envelope for a vibrato effect!

As a result, frequency modulation can create timbres that’ll blow your mind at frequencies in the audible range.

What sounds is FM synthesis good for?

In any case, increasing the amount of frequency modulation will make the output sound more complex.

How does FM synthesis work?

The Yamaha DX7 made FM synthesis incredibly popular in the 80s. As a result, the DX7 shaped the sound of synthesizers in the 80s and is responsible for how FM synthesis works today.

Today, frequency modulation relies on the following things to work:

What are the operators in FM synthesis?

Operators are like oscillators, but they’re self-sufficient as they have their own dedicated amplitude envelopes.

The Yamaha DX7 has six operators in total but the majority of FM synths generally have four operators today. Though this may seem like a limitation, the ability to use waveforms other than sine waves make it easier to build harmonically rich sounds.

As you may have guessed, FM synthesis requires two signals: one to modulate and one to be modulated.

Operators perform both of these functions. The modulator (a fitting name) houses the signal that will modulate the frequency of the carrier signal. Therefore, the modulator is like an LFO applied to the pitch of an oscillator signal.

Adjusting settings in each operator lets you create some crazy sounds. Simply tweaking a few parameters like their frequency, amplitude envelopes, and other available settings lets you create epic sounds.

Operator feedback lets you use the frequency of an operator as its own modulator. So utilizing feedback is another way to build harmonically rich sounds with your operators.

Increasing the amount of feedback will morph the waveform even more!

Each operator has its own amplitude envelope and they work just like they do in other synthesizers like Serum, Massive, and Vital.

What operator is modulating other operators? Are they modulating more than one operator? How do you navigate this mess?!

How each operator is connected to others makes a massive difference to your sound. Yamaha realized that having 6 operators available on the DX7 may get overwhelming for users. So they created a fixed amount of operator arrangements for the most useful configurations making the DX7 far simpler to use.

These operator configurations are called “algorithms“. The bottom row of operators in any algorithm are carriers while the rest are modulators.

In example 5, both carriers have one operator modulating each of them while operator 4 has a feedback loop that consistently modulates its own frequency.

Dalling in different frequencies on each operator creates radically different timbres while adjusting the level of each carrier blends the timbres differently.

FM synths utilize “ratios” for adjusting the pitch of operators instead of the traditional scale of semitones and cents. In fact, Ratios make it easier to predict the kind of sound you’re going to get.

In practice, the modulator frequency will most often be a multiple of the carrier.

Frequency modulation allows you to create harmonic or inharmonic sounds with complex tones that wouldn’t have been available before FM synthesis was born.

So, is it time you downloaded a free FM synth and gave it a go yourself?

What are the different types of synthesis?

Including FM synthesis, there are a total of 6 methods of synthesis commonly used in music production today:

Get your hands on professional synth samples on RouteNote Create. Download and keep royalty-free sounds right now and download one-shots, loops, FX & full sample packs from top producers for as little as $2.99 and claim ten free sounds by signing up!