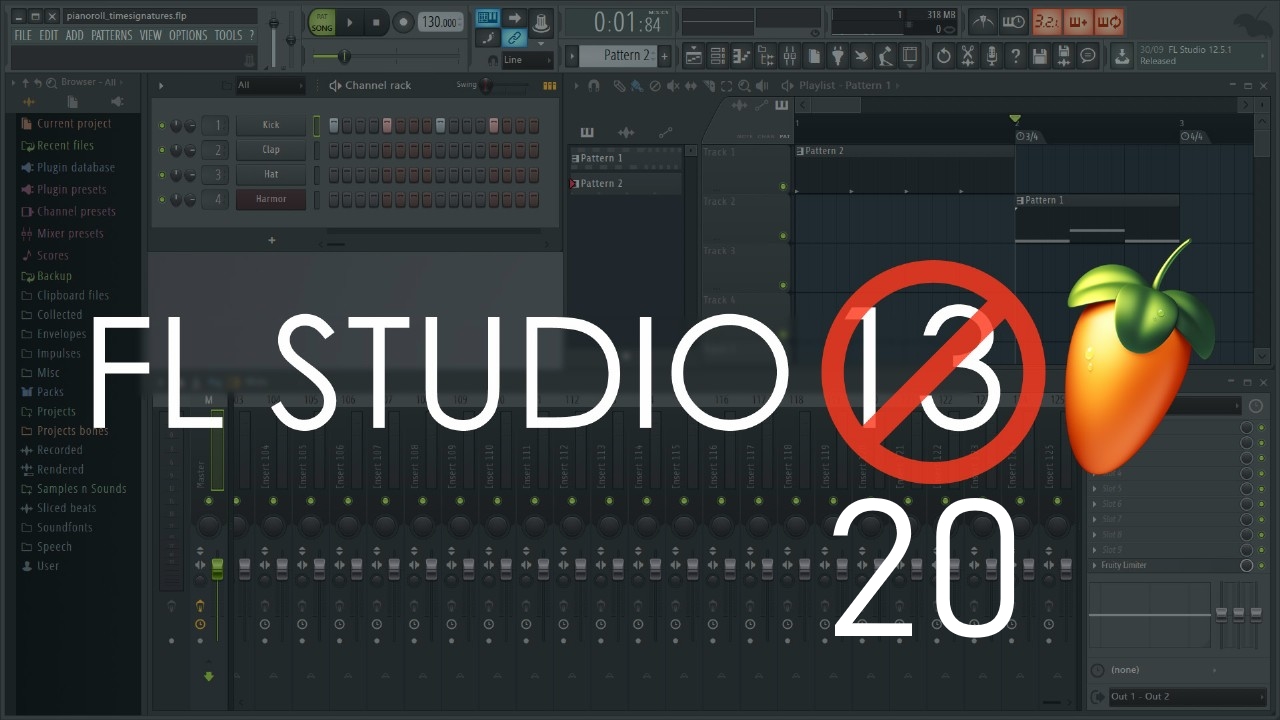 To celebrate FL Studio’s 20th anniversary Image-Line are skipping version 13 and the 6 after to launch FL Studio 20 later this year.

Whilst it will continue to look much like the same FL Studio we know and love it’s optimisation under the hood and expanded features look to make it the smoothest experience yet. Image-Line have been beta testing the new version secretly under the guise of FL Studio 12.9 so we have some idea of what’s to come.

DirectWave means that a Zone’s loop type can now be set for every selected Zone at one time. The Mixer has been increased to 125 Mixer tracks which can be added to with a new system that dynamically adds them as you need. They’ve also improved visibility of Clip borders in Solid view mode which they are looking into enhancing further.

Here’s the whole list of what we know is coming new to FL Studio:

Image-Line haven’t talked an exact release date yet but have confirmed FL Studio 20 will launch sometime this year in 2018.