Singa is a karaoke app startup that lets you bust out the mics and belt your favourite tunes with friends no matter where you are.

Singa is a music karaoke startup based in Helsinki, but they’re not just making another karaoke machine – this is karaoke with a difference. Singa is an app for mobile devices, computers and Smart TVs that allows you to get the lyrics scrolling and the music going anywhere.

Singa offers up 20,000 fully licensed songs in karaoke form with hits from top artists like Beyoncé, Adele, Bruno Mars, Taylor Swift, Rihanna, Johnny Cash, Radiohead, Eminem, Queen and many more iconic artists. Not just for fun, Singa also offers feedback on your singing with a Premium option that analyses your timing, sustain and pitch to advise your singing.

Singa’s co-founder and CEO, Atte Hujanen says: “Over my 10 years in the karaoke industry running Karaoke World Championships, I worked with big and small karaoke companies all over the world, from Asia to the U.S., and gained insight into the industry and saw that while most other entertainment media were moving towards streaming, karaoke was still stuck in the 90s.”

Hujanen felt that this was unfair, saying: “This was a huge disservice to karaoke singers and represented a massive opportunity for a company that understood both the industry and software-led disruption.” With that in mind Hujanen built her team to create Singa apps for iOS, Android, computers, Apple TV and SmartTV. 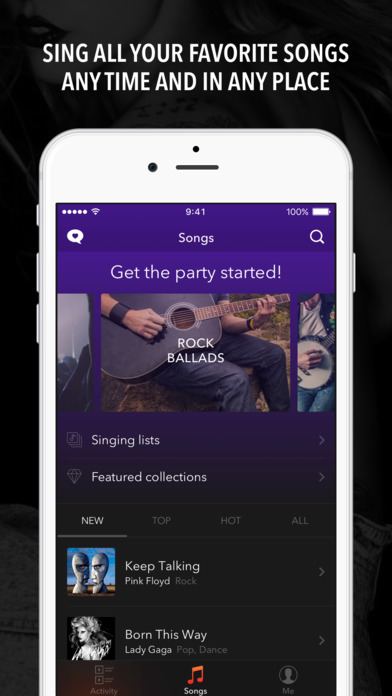 Hujanen continued: “With Singa you no longer need DVDs, CDGs, downloads, expensive custom hardware or any other kind of unnecessary hassle. Singa makes it easy to sing anytime, anywhere and on any device, for both consumers and for any venue providing a stage.

“The only thing we care about is providing the best singing experience. We don’t focus on gimmicks, rather we wake up every day thinking how the singing experience can be improved. For instance, we are the only one’s who have truly digitized karaoke and gotten rid of the cringeworthy clichés of “old school” karaoke videos and graphics. Our content is rendered in realtime, which means it’s always optimised whether you’re singing off your 700″ 4K television or the screen on your internet connected toaster.”