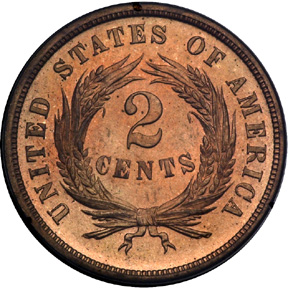 Can music streaming ever be a viable alternative to hard copy and download music sales? WMG’s Edgar Bronfman has his doubts, and looking at some of the figures being published in the media they might seem reasonable. Increases in the number of users on services that provide on-demand music streaming (where you pick the track you want to hear like MOG, Spotify, and Grooveshark) correspond to decreases in music sales, while increases in use of radio’ streaming services [Last.fm, Pandora] seemed to drive more sales. There doesn’t seem to be any mystery as to why this might be; Spotify’s and MOG’s users no longer have any reason to buy music from other sources once they’re signed up (particularly as they can put their playlists on their iPods and other mobile devices if they buy a premium account), while Pandora and Last.fm’s customers have no guarantee of getting a particular track on their playlist again, so they have to buy it to hear it whenever they want. This might seem to be an open and shut case for the record labels; one service drives sales, while another cuts revenue – but it’s not quite as simple as that. Spotify has massive customer appeal, as the hordes that try and sign up every time they re-open user registration prove, and it also drives a lot of interaction with listeners; according to Spotify’s own figures the average use playlists around 15,000 tracks. The vast majority of Spotify’s users might be on the free-to-listen ad supported plan, with only single figure percentages signed up to their £10 a month premium package, but it’s clear that the proposition is incredibly attractive to consumers. The premium users represent a healthy annual income for the record labels to share with the platform; £120 a year is not an insignificant spend, and the potential for fledgling on demand platforms to increase their advertising revenue so that even the non-paying customers are generating profits for the record labels is proportional to the platforms’ desirability and popularity,

On demand services are what the consumer wants, and are proven to reduce the incidence of file sharing and online music piracy, something that unequivocally costs the music industry. Cutting off support for such services would surely drive a proportion of users back to illegal, non-revenue-generating, methods of consumption. Assessing the profitability of on demand against radio streaming will have to be done over the coming years as the platforms mature and adjust their business models, but it seems unlikely that killing off the most eagerly recieved of the net’s music biz babies just as they’re getting established would be a rational strategy for the industry.

For our part, we’re seeing tangible revenues come back for our artists from on demand services, and we’re happy to be able to help independent artists get music up on Spotify and in other online stores.