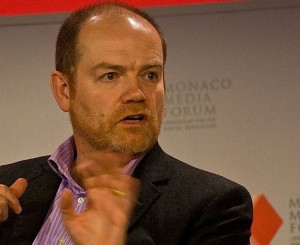 The Director-General of the BBC has come under a lot of fire this week for his proposals to axe two radio stations and drop a lot of content from the website in order to redirect funding to improve the quality of programming across the rest of the BBC’s network. The stars of music and media have been laying their scorn on the DG’s plans, and the vast bulk of comments on the “putting quality first” blog post he put up on the BBC’s site were resoundingly negative, chastising him for contradicting himself by taking down some of the best, highest quality content, and defending what are clearly their own favourite services.

For my part I can’t help feeling that any announcement of cutbacks is going to provoke complaints from the people who are negatively affected. There are definitely great programmes on 6 Music and the Asian Network, but if the stations are to be closed, there’s no reason the good bits can’t be cherry picked and put on the other stations with a broader reach, swapping out for worse shows, gaining listeners and improving the quality of service for the great unwashed that haven’t discovered the newer stations, or simply don’t have DAB radios. That said, there are certainly other places the budget could have been cut from, Graham Norton’s salary, for one.

A leaner, sharper BBC that provides an alternative to, instead of adding to the morass of commercialised drivel on the increasing number of other stations is something that I fully support. Whatever your views, Auntie is listening; you can log into the BBC Trust’s website and contribute to their public consultation here.

Boost the quality of your music streams and jam sessions on social audio app Clubhouse with their new Music Mode.