Martin Lorentzon has stepped down as chairman at Spotify for a smaller role as Spotify chief executive Daniel Ek takes his place.

Martin Lorentzon co-founded the world’s most successful streaming service, Spotify, with Daniel Ek 8 years ago. Now after a long run as chairman Lorentzon is stepping down to take a vice-chairman position, to be replaced by Spotify CEO Daniel Ek.

Whilst Ek will now take on all the main responsibilities as CEO and chairman of Spotify, Lorentzon will still have a powerful say in his new role but with less responsibility. Lorentzon said on Twitter: “I’m looking forward to another 10 years at Spotify as vice-chairman, going on walks with and talking to Daniel daily.”

Whilst Spotify have seen a number of their top positions left this year, like chief revenue officer Jeff Levick, they’ve retained unparalleled growth and success. Spotify recently revealed that they had gained 10 million new paying subscribers in 6 months, an incredible achievement compared to any service. Whilst Spotify may have lost some employees they’ve also made some major additions, particularly their nabs from the BBC which includes BBC’s head of music and BBC Radio 1’s Austin Daboh. 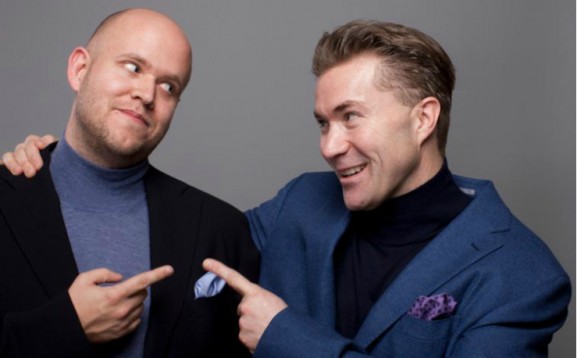 As Daniel Ek takes on his new role a source “close to Spotify” told the Financial Times: “In the US, it is extremely common to merge the CEO and chairman roles, so this gives you a good indication of where they are listing. The restructuring points to an Americanisation of the company.”

The company’s origin lies in Sweden where it was developed in 2006 and where Martin Lorentzon and Daniel Ek both hail from. As Spotify has found worldwide success it has slowly moved it’s base to America where tech companies thrive and, as was said above, is seeing itself become more of a traditionally American business. There are a number of finance roles currently available at Spotify and the majority are currently listed in New York.

Which music streaming services have the most paying subscribers? – MIDiA’s Q2 2021 report

MIDiA’s just published Q2 2021 global market share report shows how the most popular music streaming services stack up against each other.