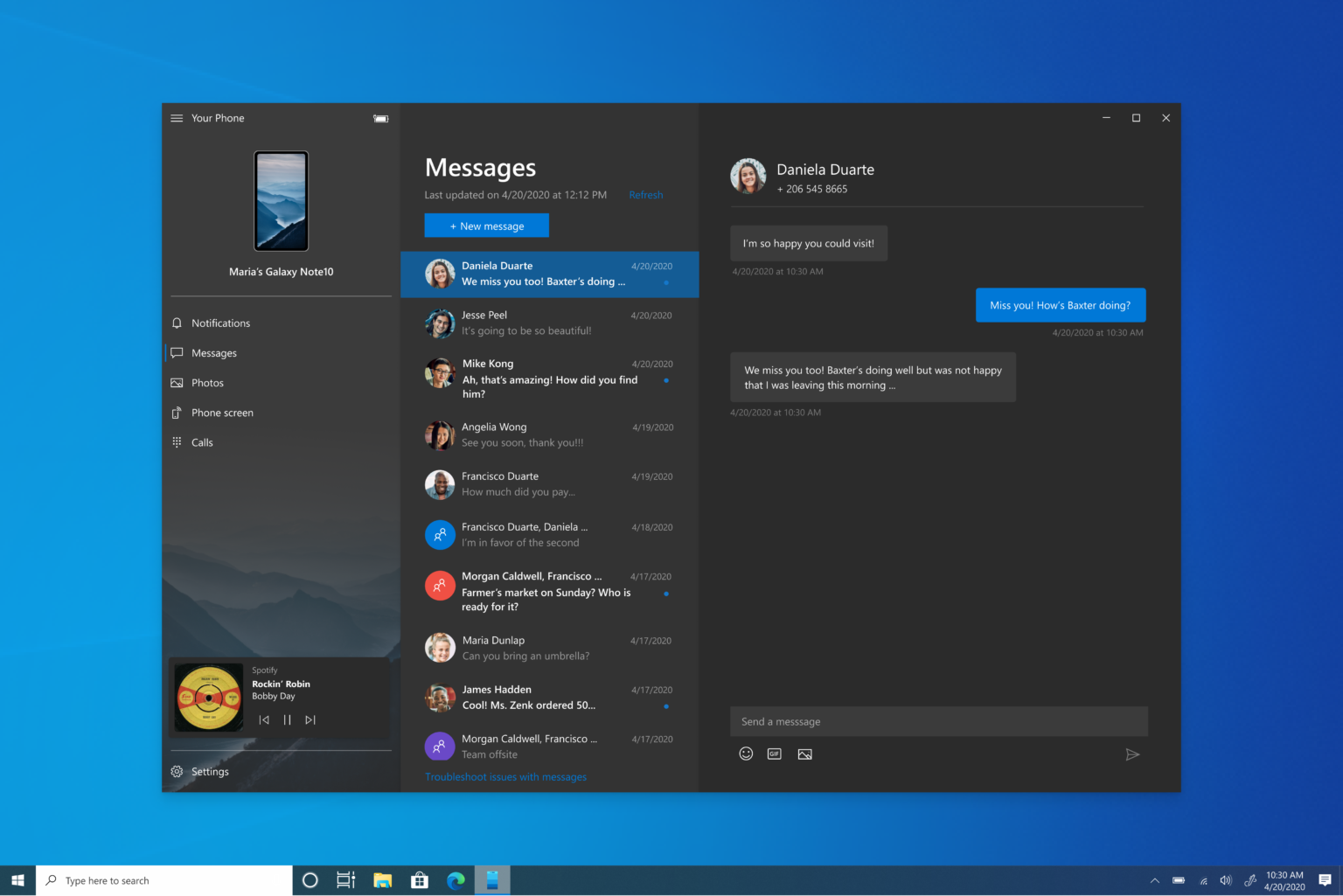 Microsoft gives you computer control over your phone and are adding music streaming services to that.

Your Phone is an app from Microsoft that allows users to take control of their Android phones. They’re adding a feature that will let users see what music is playing on their phones and control their playback without having to open their phone up.

Once you’ve synced the app with your device it will be able to display album art and song titles on your PC and will show a player that you can play, pause, and skip between tracks with. A drop-down menu even gives you control over switching between sources and music apps on your phone using your PC.

The app has announced so far that it will support Spotify, Pandora, Amazon Music, Google Play Music, YouTube Music, Xiami Music, and Google Podcast. There are some big players like Apple Music and TIDAL left out of there but it’s likely that more will be added in updates, unless there are security reasons from particular services for not providing remote control.

This feature will be at it’s greatest for auxiliary connected streaming, when you’re listening to your phone through speakers. Comfortably sat at your computer you can control your playback without getting up and over to your stereo and swiping around.

Microsoft have been building the functions of Your Phone app over the past year adding screen mirroring for Android devices and the ability to make and take calls from your PC. The new music playback feature is currently being tested in preview Windows 10 versions with a wider launch expected soon.