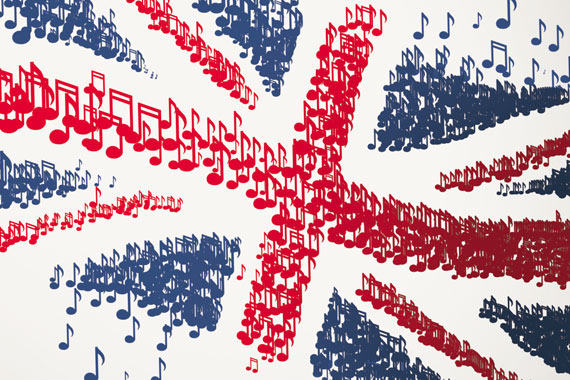 2016 was undoubtedly music streaming’s biggest year ever and now that the year is over we can start looking at just how massive it was, starting with how much the British love it.

Music sales in the UK increased by 1.5% last year, and with physical sales slowly dropping it’s streaming’s enormous growth that is allowing the industry to grow once again. As a result, last year the UK made 123 million album equivalent sales (AES – a method used to translate streaming figures into album sales).

The UK’s streaming figures were so high that the music sales across all formats for our small island totalled over £1 billion in sales. By the end of 2016 the UK’s record numbers were adding up to a billion streams a week, a major milestone for the relatively new music format.

Chief Executive of BPI and the BRIT Awards, Geoff Taylor said: “Growth in UK music consumption in 2016 was fuelled by the explosive rise in audio streaming, which has increased 500 percent since 2013, and relative resilience from physical formats. Led by sales of David Bowie, demand for vinyl jumped to levels not seen since the start of the Nineties.”

The vinyl resurgence has been helping to keep the physical market on the up, seeing a 53% rise in the UK last year that amounted to 3.2 million unit sales; the largest vinyl sales since 1991. Vinyl hasn’t returned into the mainstream quite yet however with the massive rise in niche audiences looking to the romantic format of old it’s making a large mark in the industry once again. 2016 was the 9th year in a row that vinyl has seen an increase in growth.

CEO of Regent Street and Gold Bar Records and independent label member of the BPI Council, Vanessa Higgins: “Fans are listening to music in so many ways now – we’ve definitely entered a multi-channel era. Millennials, who’ve grown up digital, are increasingly choosing to experience both current and heritage artists on vinyl also. Meanwhile older baby-boomers are embracing streaming alongside their record collections.

“And, impressively, in between all that, there is still more than enough space for the CD, which remains popular both with upcoming artists, who need an attractive physical product and consumers, who still like to

It’s not just UK listeners making streaming so popular in the country as UK music dominated last year, accounting for 7 of the 10 best-selling artists albums. With major artists like David Bowie releasing his final album at the start of year to Adele’s award-winning 25, which was released at the end of last year but has seen continuing success throughout the year.

Geoff Taylor ended saying: “We believe this performance is indicative of the promise of a new era for music, where recorded music’s investments in a digital future fuel compelling benefits for fans, artists and the entire music ecosystem.”