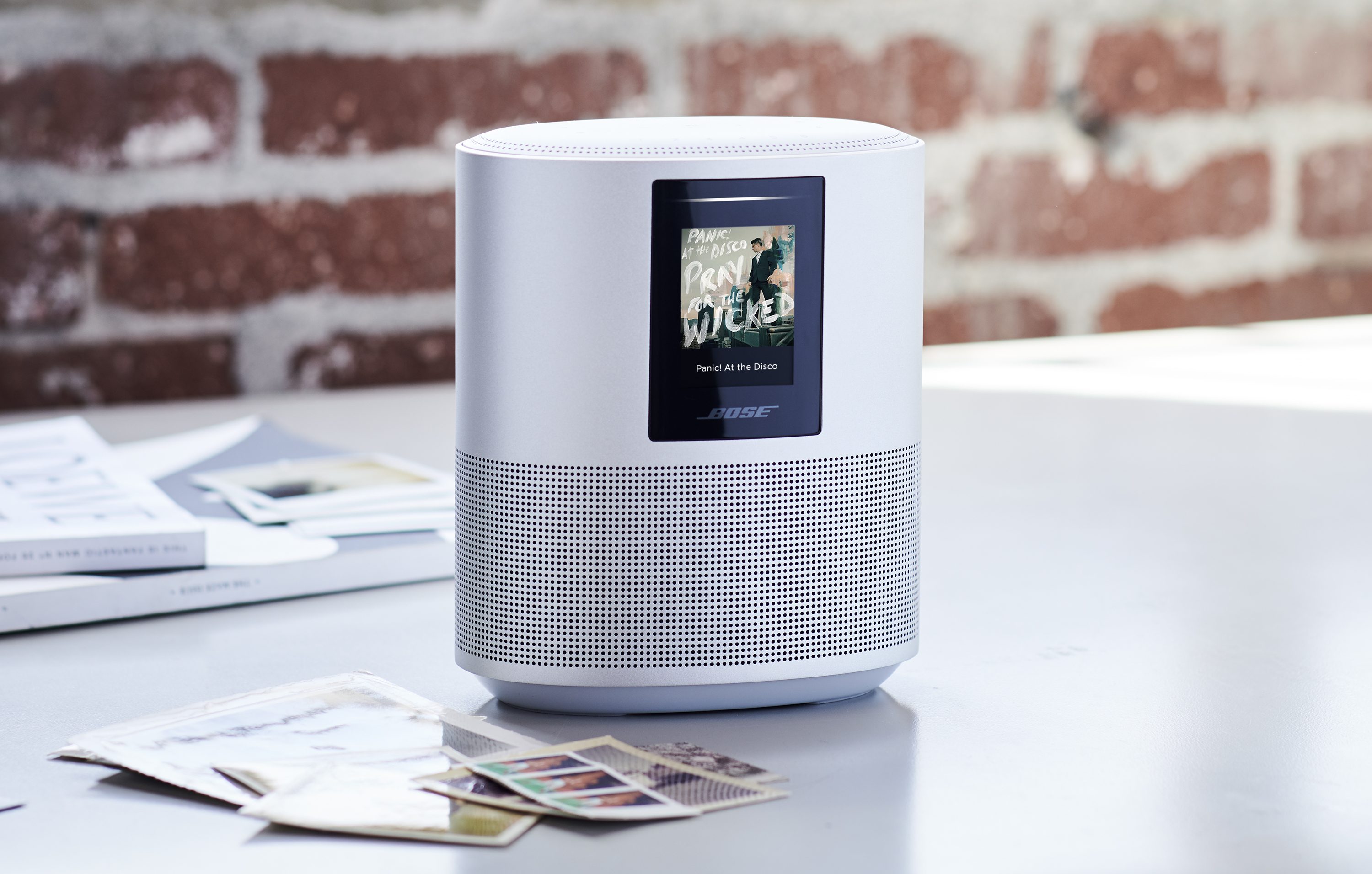 Bose have unveiled their first Smart speaker to take on Sonos and Amazon Echo’s, especially since it will use Amazon’s Alexa AI for control.

As if there aren’t enough audio manufacturers getting involved in, Bose are now weighing in with their new wireless smart speaker. The Bose Home Speaker 500 will be the renowned speaker makers first entry into the Smart market of WiFi connected noisemakers that can be controlled using your voice to stream music online.

The speaker will be powered by Amazon’s powerful artificial intelligence Alexa, which is a large part of the reason for the success of their Echo smart speakers which have led the smart speaker revolution. Bose say that they will be adding other voice assistants in the future and simpler streaming solutions such as AirPlay 2 will be added next year for Apple Devices they say.

The Home Speaker 500 features a square screen on it’s front which will display the album art of the track currently playing and will use microphone technology from Bose’s headset and headphones with enhanced listening to hear voice commands. The speaker will have access to Alexa’s many skills including games, planners, and activities as well as music streaming from millions of songs. Multiple speakers can be connected to it for a multi-room listening experience.

Bose Consumer Electronics Division category manager, Doug Cunningham says: “Voice-controlled speakers aren’t new, and there are plenty of great options to choose from. But we had a different vision for ours, inspired by what we could uniquely do to make the experience better. All of our new Smart speakers double up on functionality. It takes just one Home Speaker 500 to deliver true stereo separation – there’s no need to pair two.”

With the announcement of their first Smart speaker Bose also announced their two new home theatre soundbars, the Bose Soundbar 700 and Soundbar 500, which also come with Alexa and full Smart functionality. Cunningham adds: “Our Soundbar 700 and 500 are thin and discreet with jaw-dropping surround sound – whether you’re streaming Spotify or watching a movie. They combine Bluetooth and Wi-Fi for unbeatable ease of use, can be mixed and matched to play in sync or seperately, and with new Alexa functionality and more VPAs on the way, they’ll only get better over time.”