Over the past few days we’ve had predictions for the year ahead in music, with lists from Google, BBC, Spotify and others. But what about the year in music just gone?

The presenters at BBC Radio 6 Music, “The place for the best Alternative Music. From Indie Pop and Iconic Rock to Trip Hop, Electronica and Dance with great Archive Music Sessions, Live Music Concerts and Documentaries”, have released their album picks of 2015.

6 Music’s head of programmes, Paul Rodgers said: “6 Music’s presenters are on a mission to seek out (and) share the very best new music. 6 Music Recommends Albums of the Year 2015 is an unmissable list that represents the wealth of brilliant new music from a range of artists and genres that can only be found on BBC Radio 6 Music, many of whom have played fantastic live sessions on the station this year.”

Here are the albums chosen by the stations 21 presenters as the best albums of 2015: 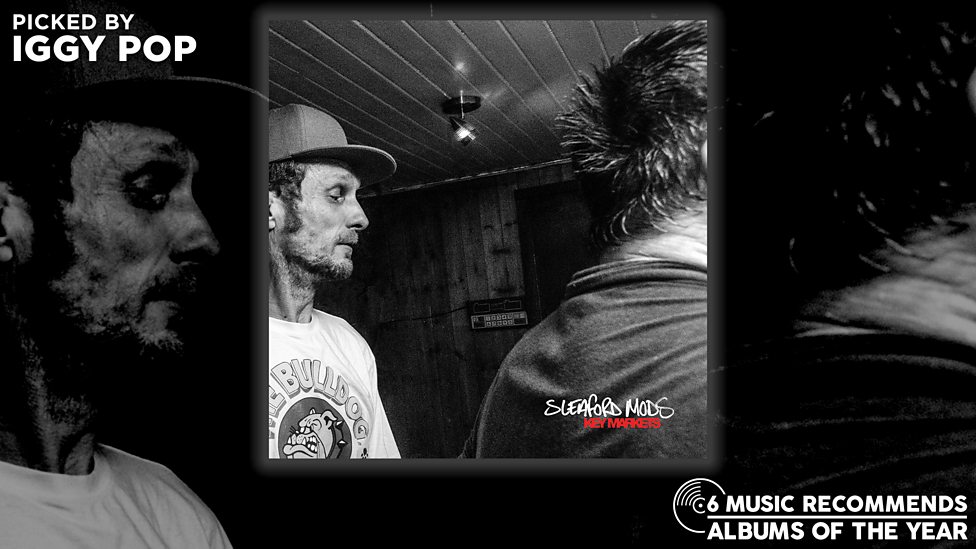 “There’s never a clunker with these guys. Every groove and every vocal just has a sound that I really enjoy. It’s good tight song writing. I like their energy, I like someone who keeps it real, and their people are charged up about them. That’s what it’s all about.” 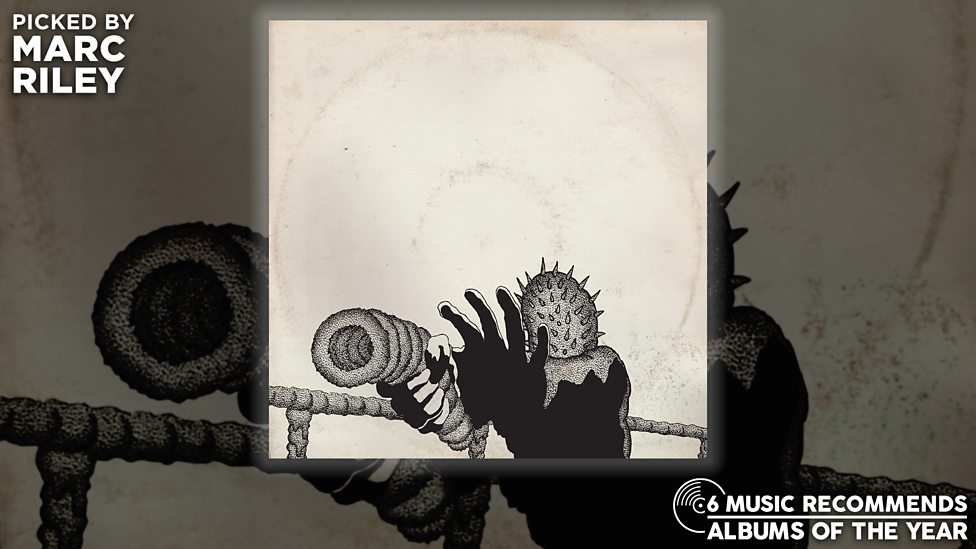 “They lead where others follow. The LA garage scene is the strongest it’s ever been as far as I can make out, and the crown kings are Thee Oh Sees. John Dwyer is a notoriously headstrong character. He doesn’t play the music industry game at all, and he makes music more thrilling than anyone else.” 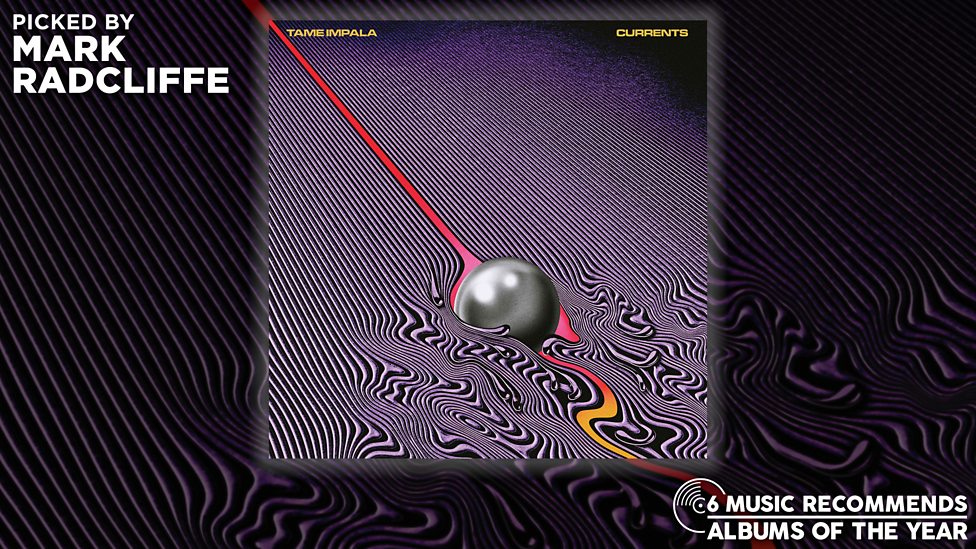 “Perfect 21st century psychedelia. Simultaneously the past and the future. Shimmering pop melodies from the hit parade of a parallel universe” 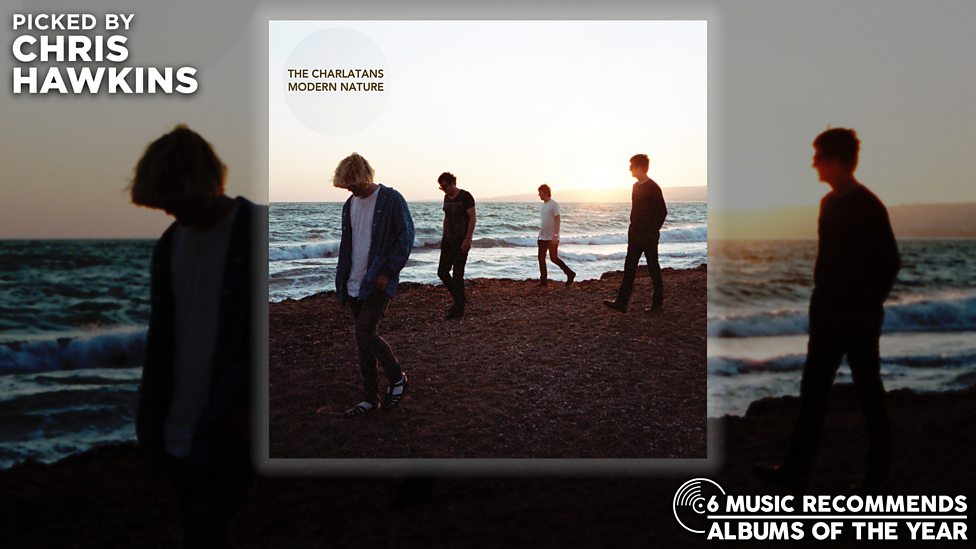 “This album was the first new record by the Charlatans since the death of the band’s brilliant drummer John Brooks, the first new Charlatans record for five years, and it’s bursting full of soul. Modern Nature’s a true return to their best form. The album features lashings of the band’s trademark hammond organ, breezy jangle guitars, and some of their best lyrics too – all fuelled up on funk.” 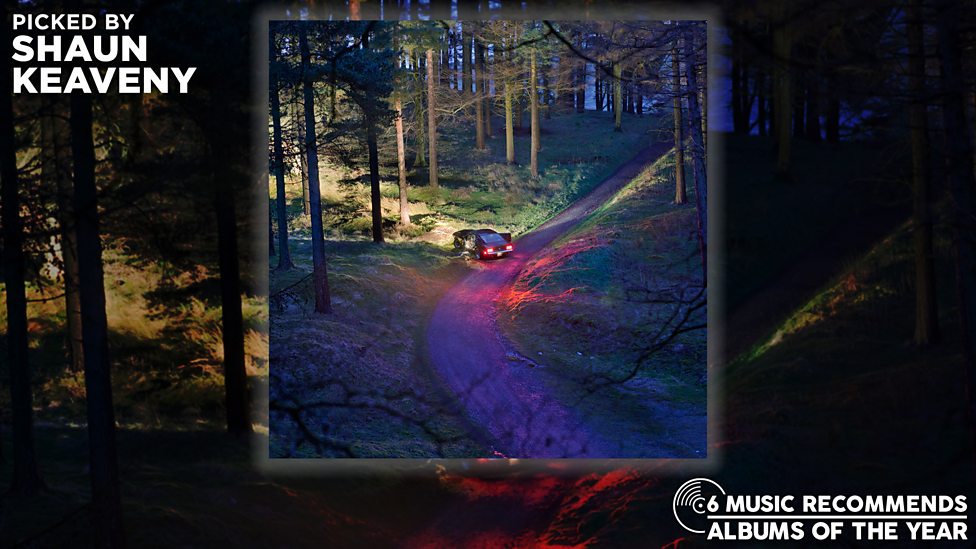 “I went to watch Drenge live in April at Electric Ballroom and they just took the doors off. It’s not just volume, it’s not just that kind of muscular power, they’ve also got the melody going on. Eoin’s lyrics are very dark but in a very interesting way and it’s such an uncompromising sound they’ve created on this album.” 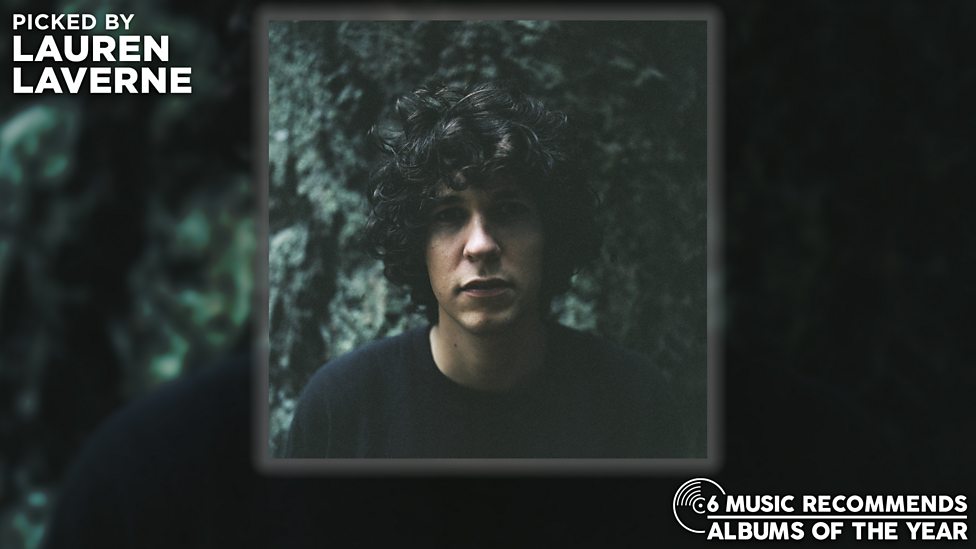 “This is a really sad, beautiful, funny, witty, soulful pop record made quite in the style of Harry Neilson. If you’re a fan of that classic pop music yearning of the mid/late 60s then you will love Tobias Jesso Jnr. I know he has played some huge shows here and he has a very committed fan base in the UK. For me this should be up there with the big stories of 2015. He’s a fantastic song writer, very smart, very witty and a beautiful voice as well.” 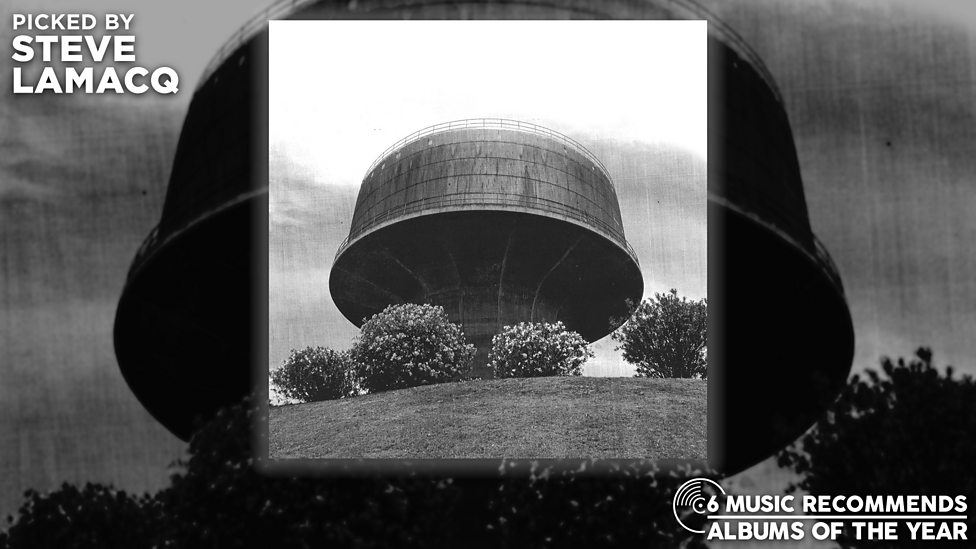 “I know nothing about them and I quite like that, in an era when we know too much about some bands and spend so much talking about where they’re going, whether they’re going to fit in, what they look like. So I have made no attempt to find out about this band as I think it might just ruin it for me. It’s a bit like some of the 80s records by people like The Creamers, The Mice and The Citizens from the early 80s. It fits into this anonymous but brilliant punk album.”

Colleen – Captain Of None 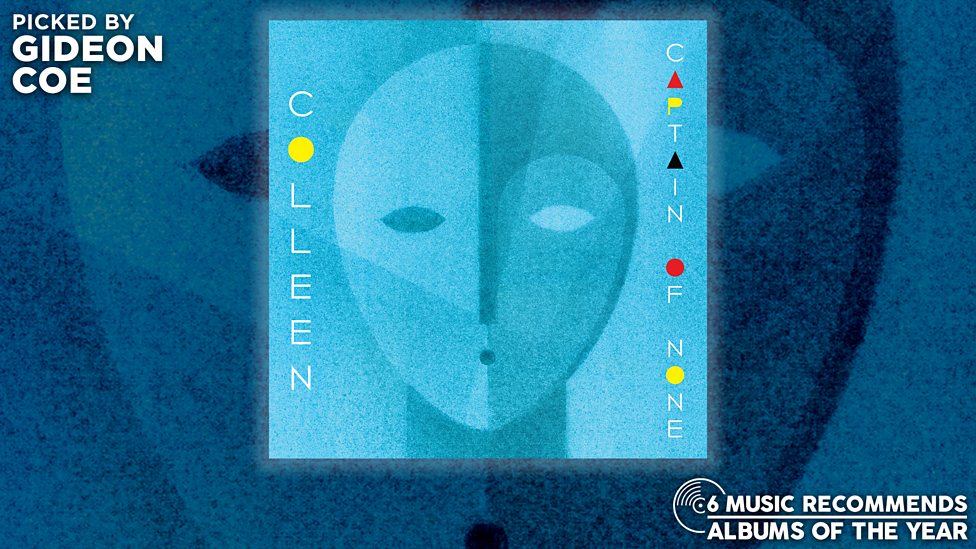 “I’m fascinated by the studio techniques she’s used here. Sounds are being bounced all over the place. I think there’s a debt to King Tubby, but I’d have to ask her. There are moments of beauty and there’s also some hefty drumwork on This Hammer Breaks and she has a voice that floats in and out of all that. I will still be listening to this years from now.” 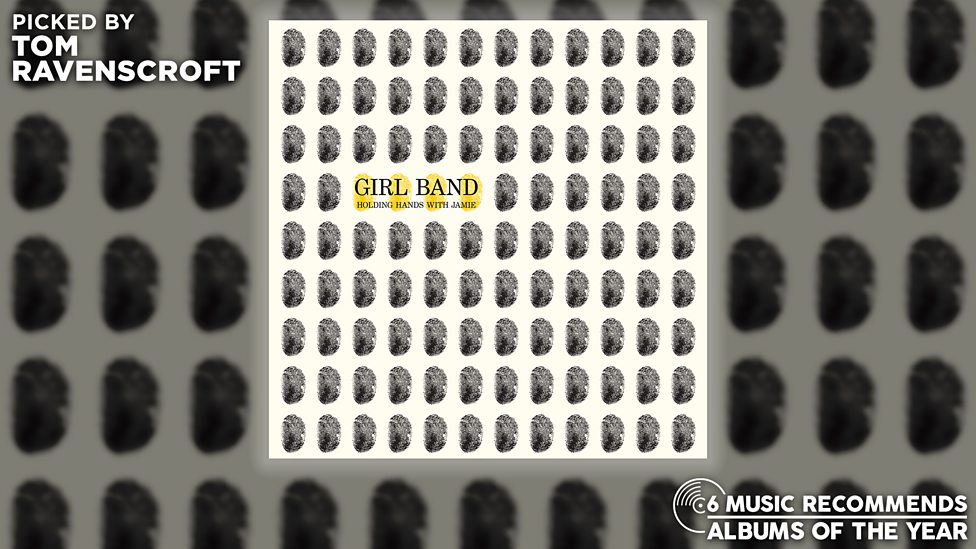 “The reason I particularly love it is essentially because it’s a very very noisy record and records haven’t been that noisy for a while. It’s a bit of a breath of fresh air. I managed to get them to sing at the 6 Music Festival and so it has been quite nice seeing them at the very start of their journey through to the release on Rough Trade and the album simply did not disappoint – it’s a very wonderful thing.” 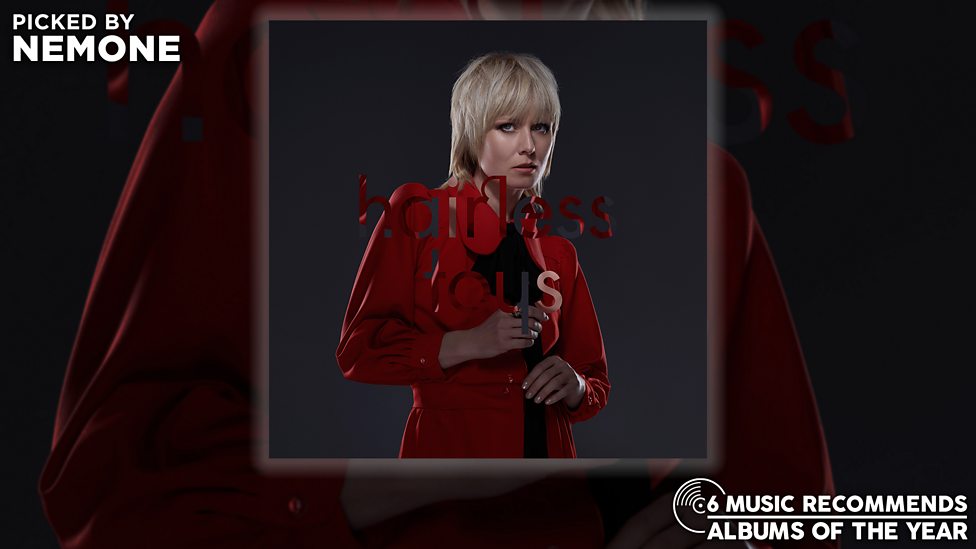 “I have just loved how Rosini Murphy’s Hairless Toys album kept revealing itself throughout the year. It started with the delicate Gone Fishing, which appeared to announce the album was coming. Then the hypnotic, evocative Exploitation landing as the first single proper, with her as a tragic movie star in the video. And then I was lucky enough to see her live, which brought the album to life in a way I hadn’t even imagined. 2015 was a good year, sound tracked by an incredible musical talent.”

Kendrick Lamar – To Pimp A Butterfly 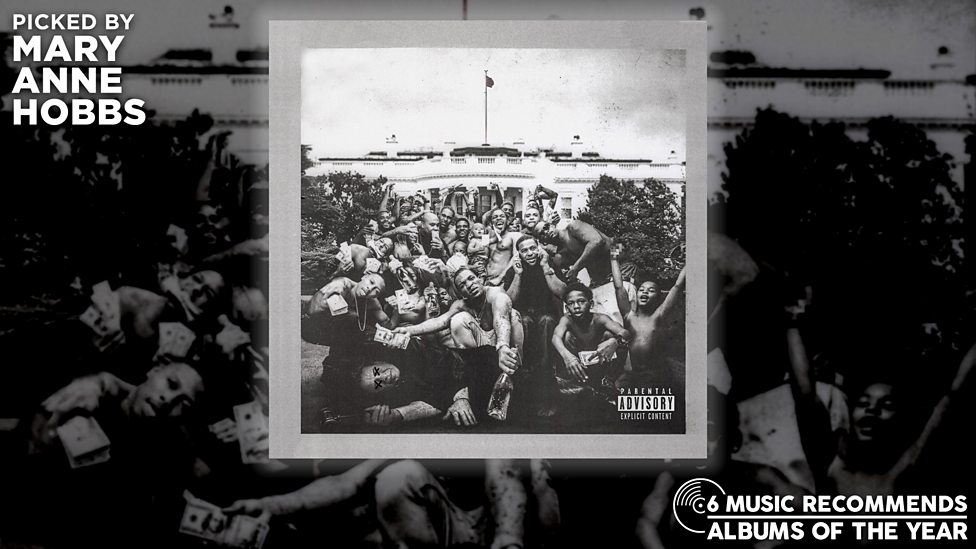 “To Pimp A Butterfly’ is the album that made a true hero of Kendrick Lamar. It’s a record with real duality; ingenious, joyful and wildly creative, and simultaneously ferocious in Kendrick’s account of his personal struggle, and those of his community. Peerless.” 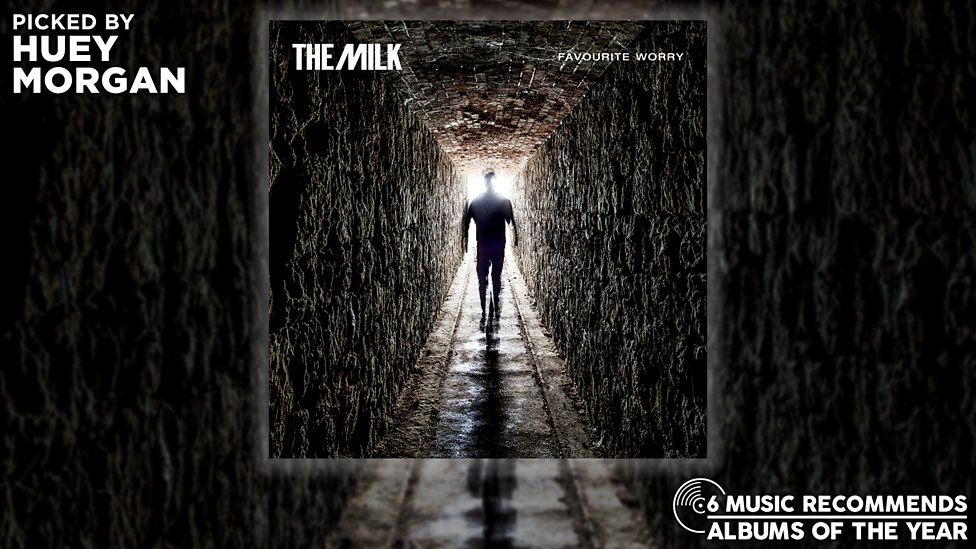 “These cats have something special. They just transformed on this record to this ill, sick group that is playing the music that I always love. These dudes were compelled to make the music that they make because they love it. These cats weren’t trying to sell a million records. They were like I want to make a record because I want to make a record that sounds like this.”

Slaves – Are You Satisfied? 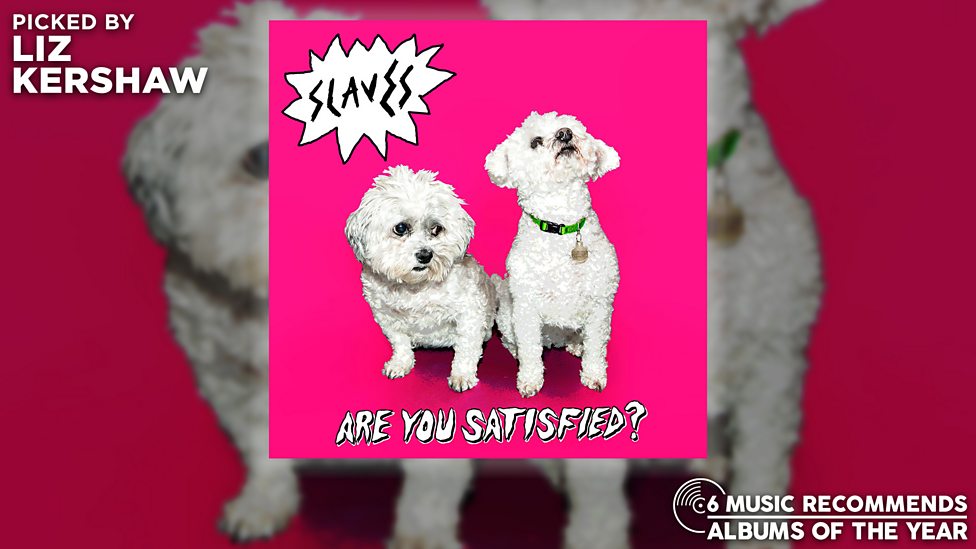 “As soon as I heard the first few bars of Slaves first single I felt like I’d been hit right between the ears. It was fast, furious, full energy from the first bar to the tidy ending. The album proved to be a driving, adrenalin fuelled set of perfect pop songs, and their live set at the 6 Music festival showcased it perfectly. They look good. They sound great. I know they have a future.” 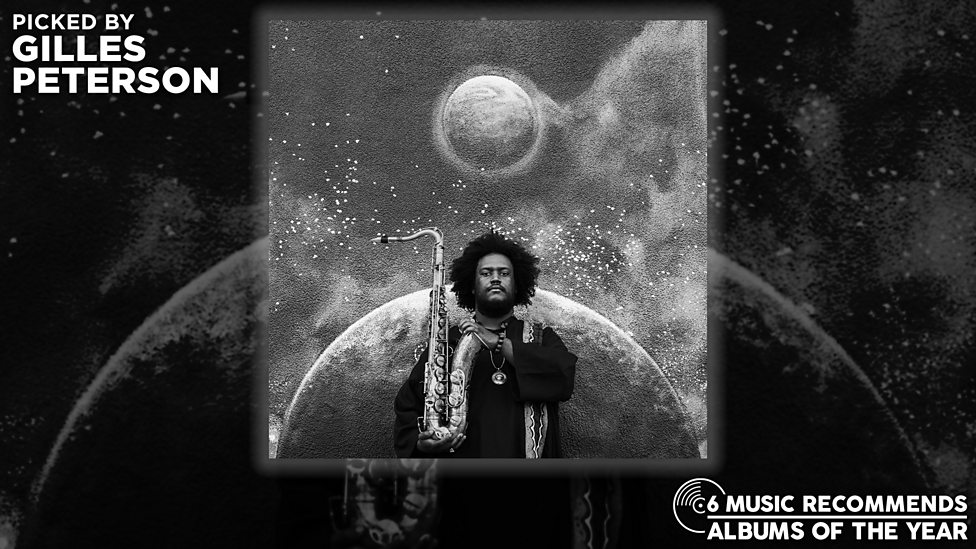 “This album represents two musical worlds meeting together to create an explosive sound of spiritual jazz alongside Brainfeeder reverberations. It would probably not have received the attention that it has done in previous years, but with 2015 being such a good year for improv and experimental sounds this release represents the zeitgeist so well. It’s been a great year for jazz.” 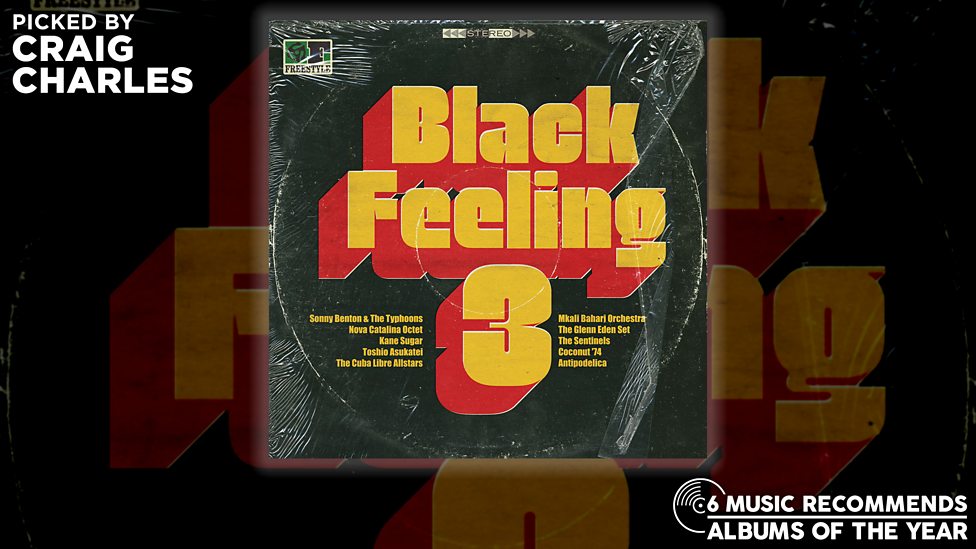 “This was just the perfect album for me in 2015. It sets out to be a collection of long lost nuggets from way back, but everyone knows that it is the New Zealand born Melbourne resident Lance Ferguson getting his pals together to cover some of his favourite songs. Above all, this guy has 100% pure unadulterated funk running though his veins and knows how to deliver grooves that are simply impossible to stay still to!” 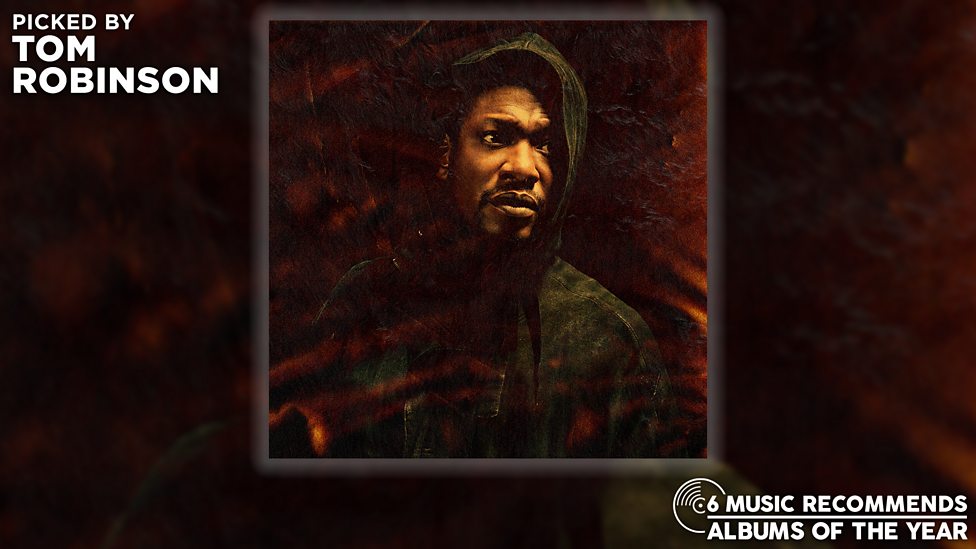 “It’s been far too long since we last heard from Roots. He’s one of the most interesting artists around. He’s got this facility with words that just roll out of him and are completely unique turns of phrase. He should be recognised as a great British innovator and songwriter quite separate from being associated with the urban music scene. It’s special, it’s unique, no one else makes a noise like Roots Manuva and I think he’s just one hit song away from breaking it like Dizzee Rascal.” 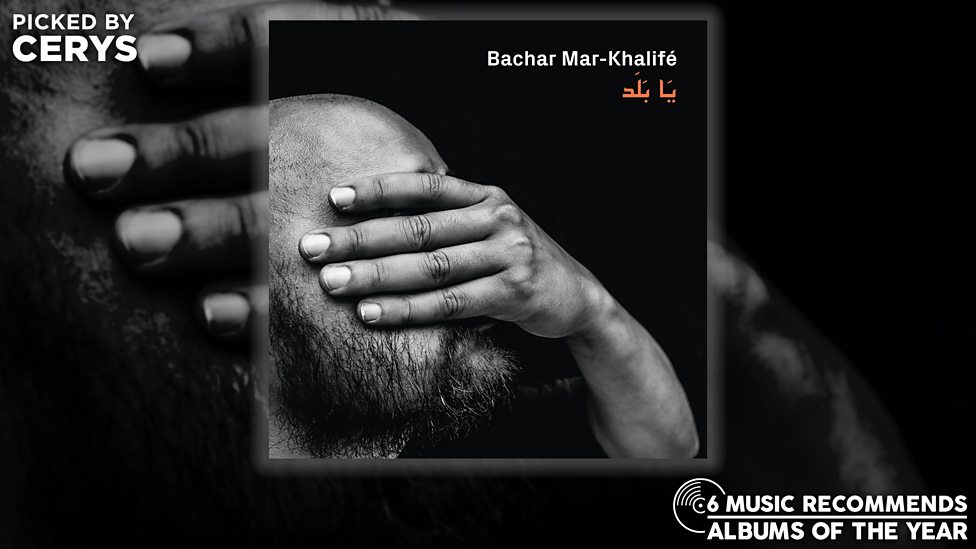 “Occasionally you get a piece of recording that you assume is written centuries ago and this is one of them. It’s powerful, it seems to say a million things and it connects with you in some way and makes you ask questions. This is one of those records.”

This Is The Kit – Bashed Out 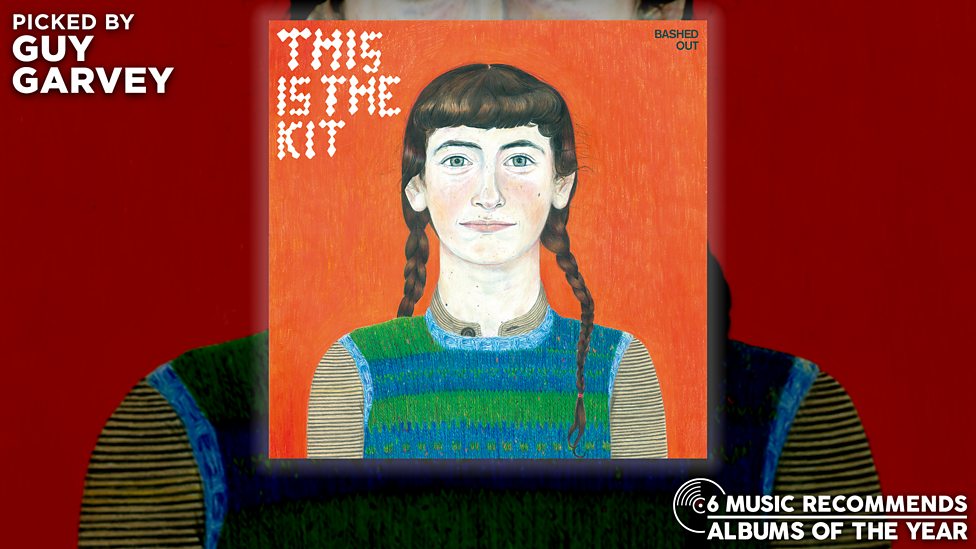 “I’ve been following This Is The Kit for years now. I just love the honesty and I love how she sings. She sings like a songbird. She very rarely slides her voice or if she does it’s very deliberate. It usually jumps between notes like the trill of a birdsong. She comes up with beautiful, hypnotic music over which she puts simple gorgeous lyrics. She’s very talented. It’s a beautiful piece of work.” 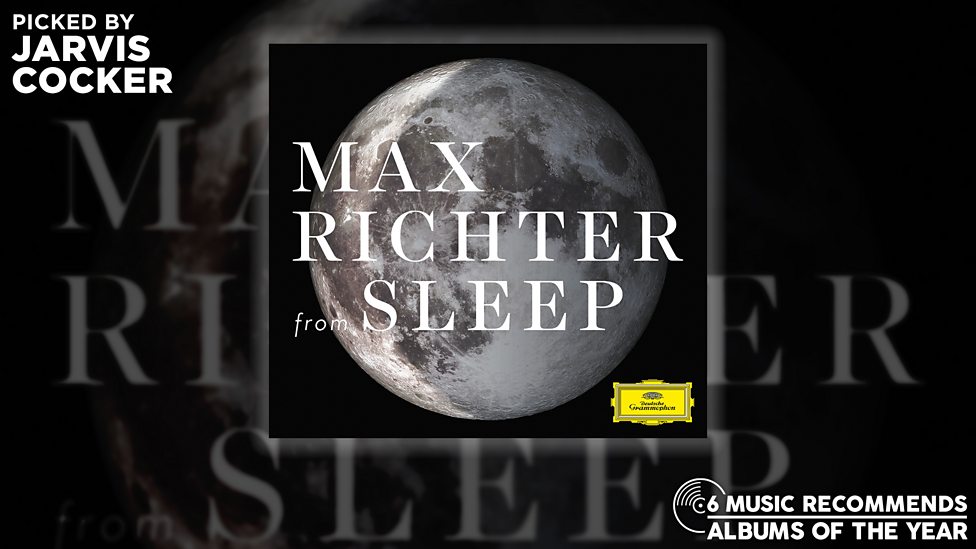 “There are two versions of this album. There’s the record version over two records and then there’s also the whole eight hour version, which is designed for you not to listen to consciously but to drift through your consciousness while you’re asleep. I feel that this record someone is acknowledging that it’s great to be in touch with your consciousness, but let’s also take note of the fact that sometimes we have to zone out, so that is why this album is perfect for me.”

Trembling Bells – The Sovereign Self 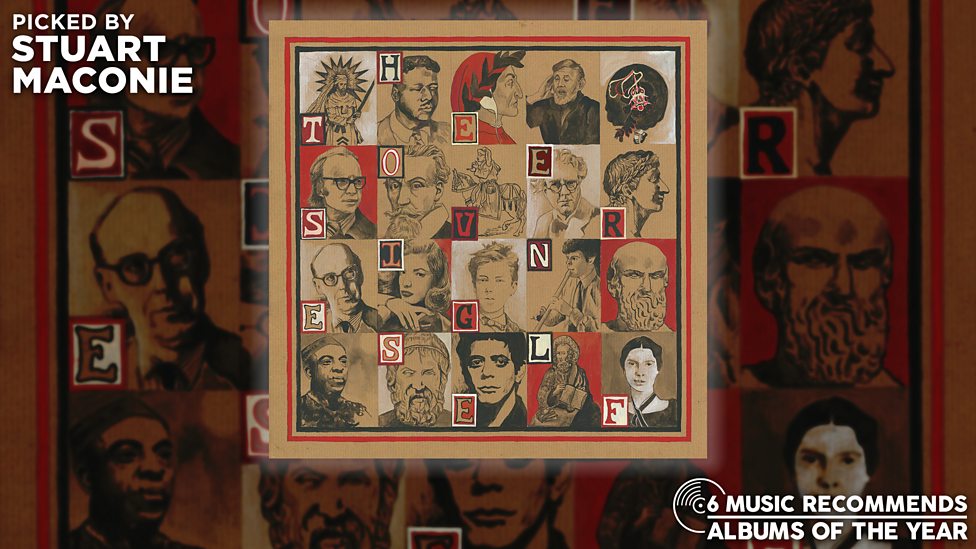 “They are so wild, they are so British, they are so exciting. They merge so many different and exciting forms of music that I love, from traditional English folk, to jazz, to prog, and the meld it together in a way that is not exclusive at all. It’s embracing, it’s colourful, it’s funny, they’re full of personalities – I love the whole kit and kaboodle of what they do.” 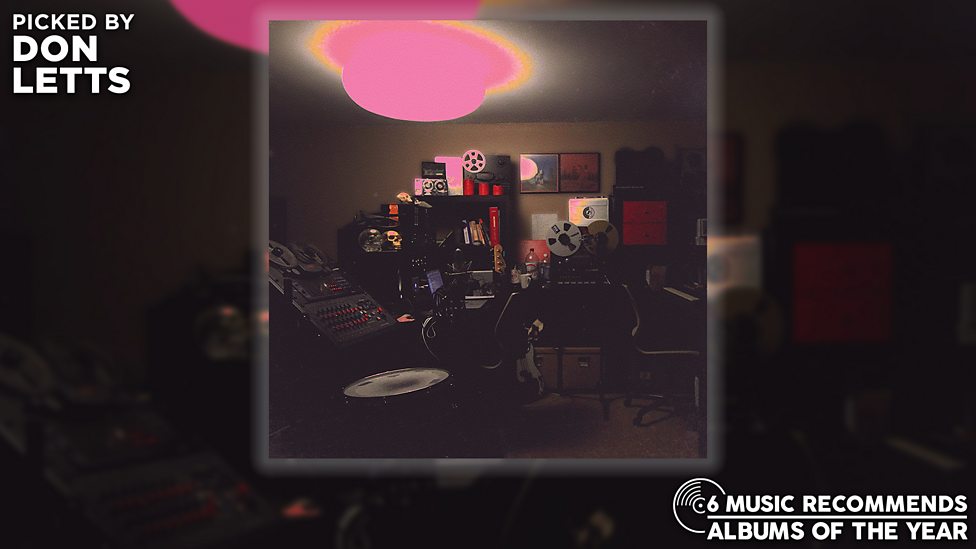 “Unlike their previous album, which was informed by solitude, this one takes on the complications of relationships, trust and love but it still retained all the qualities that caught my ear in the first place. They’ve kind of moved forward by taking tips from the past and putting their own unique spin on it. It is 21st century psychedelic funk rock and soul that’s definitely worth your time and your money.”

What were your album picks for 2015? Let us know in the comments below.