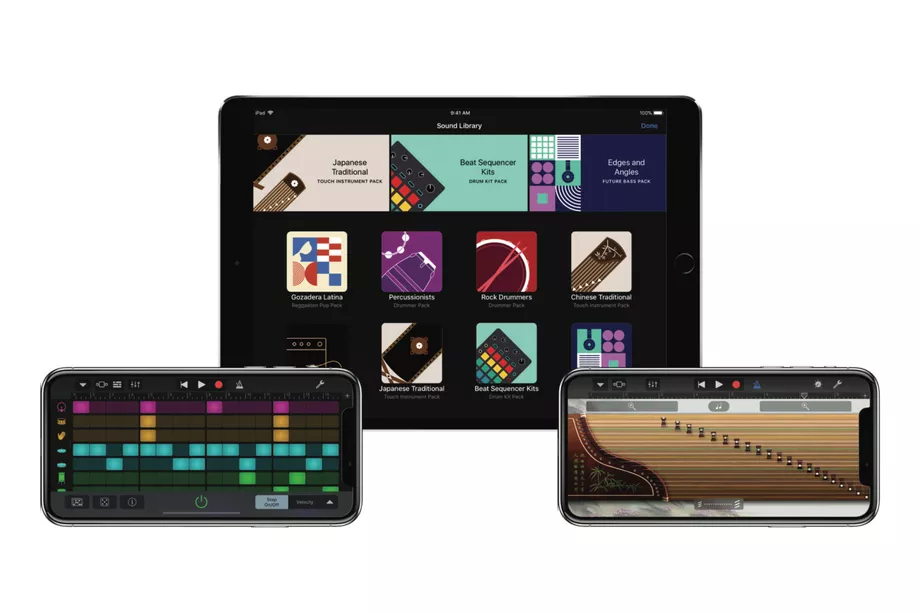 Garageband is a wicked way to make music on the go and it’s getting even better with their new chock-filled update.

Apple are updating their music sketchbook-cum-DAW-cum-fun app with a load of wicked new features sure to appeal to everyone from amateur to pro. The music-making app is getting a host of new sounds, instruments, and loops to play around with and potentially create a new track or ringtone with.

GarageBand 10.3 brings with it two new drummers to play along with which will play a mixture of roots and jazz-influenced brush styles. The update also brings with it 1,000 new electronic and urban loops across a range of genres like future bass and chill rap. In addition 400 animal, machine and voice sound effects are being added to play with.

On top of their fun new sounds, loops and AI drummers there are some wicked new instruments to play with. Anyone who’s played around with GarageBand knows their Asian instruments are the funnest ones and now there are 3 more to jam with. Traditionally Chinese and Japanese instruments the Guzheng, Koto, and Taiko drums are now free to play with on GarageBand. Kotos are the national instrument of Japan and are pretty special. We haven’t played with them yet but GarageBand are good at faithfully recreating instruments in a digital format that’s easy to remember.

A big part of the update brings Apple’s Artist Lessons to everyone on GarageBand for free. The lessons get popular artists like Death Cab for Cutie, Rush, Sarah McLachlan, Sting and many more to personally teach you how to play their tracks on piano and guitar. Artist Lessons have until now cost $4.99 but all of the Basic Lessons are free to play and learn with now.

In addition Artist Lessons have come to users around the world in over 150 countries whereas before they were available only in 20 lucky countries.