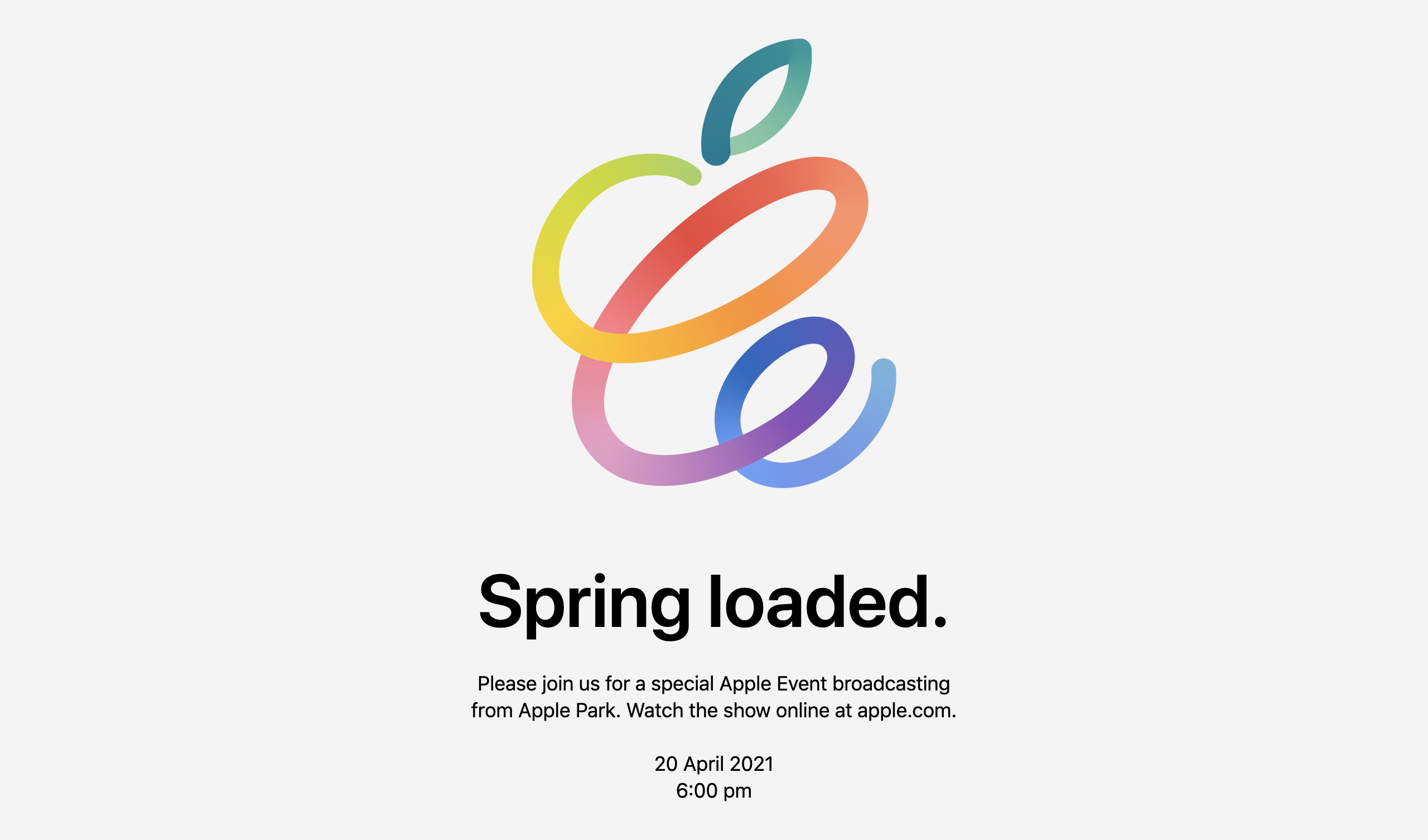 Apple have sent out invites to their first event of the year. What new and updated hardware are we hoping to see?

After Siri accidentally leaked the date earlier in the day, yesterday Apple confirmed rumours of an event scheduled for next Tuesday, 20th April. As with all of their events last year, this year’s spring event will be held virtually, with streams available for all on apple.com and YouTube. The broadcast from Apple Park is due to kick-off at 10am PDT. That’s 1pm ET and 6pm in the UK.

Last month, rumours circulated around a March 23rd event. March 23rd came and went without a whisper from Apple, however leaks and rumours point towards Apple having a lot of products to show off this year. The squiggly lines and tagline “Spring loaded” don’t give too much away, but seem to hint at an Apple Pencil, which is fitting as we’re expecting the event to primarily focus on an update to the iPad Pro. Check out our previous article for the full lowdown on all the new tech from Apple expected at the event. The latest rumours point to most of the information still being accurate, expect maybe the AirPods. AirPods 3 and updated AirPods Pro are looking to be delayed until the next iPhone event, due in September.

What we should see

Apple have also confirmed the date for their annual Worldwide Developers Conference (WWDC), as June 7th-11th. WWDC will be held online-only as last year, with a streamed video usually on the first date. While WWDC usually focuses on updates to their software such as iOS, iPadOS, macOS, watchOS and tvOS, we do sometimes see the odd hardware product or two.