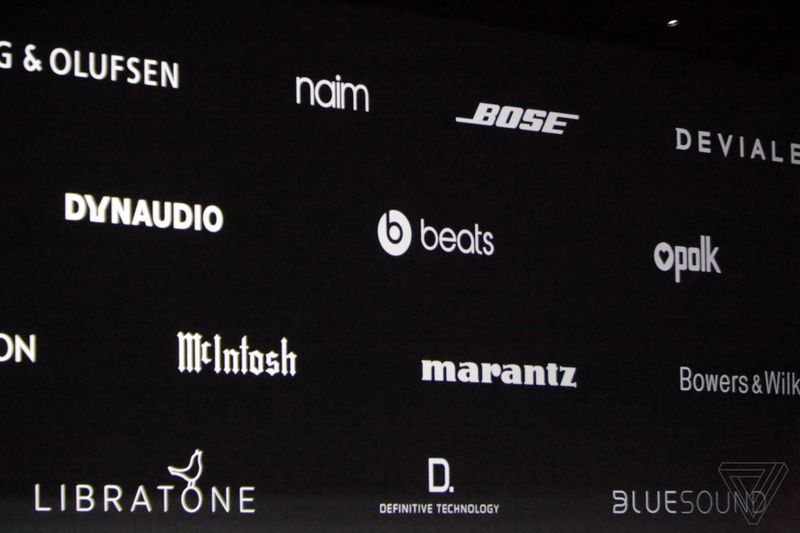 Apple are making their music experiences more connected with a new version of AirPlay and new wireless support for speakers through HomeKit.

At their developers conference last week Apple announced version 2 of AirPlay, the software that connects Apple products wirelessly. The new AirPlay 2 will allow HomeKit to connect to speakers for streaming music easily around the house or wirelessly connecting your Apple TV to an audio setup, following the recent announcement of Apple’s first home speaker: HomePod.

Thankfully Apple aren’t restricting their new connectivity features to just Apple products. Speaker manufacturers that will be supported on AirPlay 2 besides Apple-owned Beats include Bose, Bang & Olufsen, Devialet, Naim and others. They also suggested other music services could become compatible, with Apple exec Craig Federighi saying: “third-party audio apps will be able to get in on multi-room audio fun.”

HomeKit also connects to smart devices across your home like controlling your lights but it’s not clear if the update will make non-apple products compatible.

At the conference Apple also revealed their new MusicKit API which will allow developers to access Apple Music and integrate it into their own apps. This will allow subscribers to play full songs from Apple Music in other apps. Developers can access Cloud music libraries, personalised music recommendations , featured music and charts through the MusicKit API.

MusicKit will be used to power Nike+ Run integrations for playing music in conjunction with the fitness app. You can also easily add songs into your playlists on Apple Music after discovering a song on Shazam thanks to new integrations. As with their new social features, Spotify have Apple beat offering a range of APIs and SDKs for years now.

Apple are clearly making some big moves to broaden their already-giant audience with features that don’t really innovate, but put Apple on a more level footing with their competitors.