Apple Music have announced that they have added 7 million new subscribers since December last year, solid growth but not enough to compete with Spotify.

Since launching roughly 2 years ago Apple Music has seen incredible growth, having now gained 27 million subscribers. However no matter how impressive that number may be Apple still have a long way to go to catch up with their main rival, Spotify.

Spotify revealed earlier this year that they had surpassed 50 million subscribers, which doesn’t include their free streaming users which is supposed to number even larger than their premium user base. Spotify may outweigh Apple Music by a large majority but Apple’s growth is unseen for a music streaming platform. It was less than a year ago that Apple had 10 million less users with 17 million and announced “well past 20 million” subscribers in February earlier this year.

The milestone was announced by Apple at their annual developers conference in San Jose. They also announced some new features coming to Apple Music, including the ability to share your songs and playlists with friends. Better late than never, this has been a feature of most music streaming services for years now.

In a further bid to make their music streaming service more social Apple are adding profiles that you can share your music on. With profiles you can add your friends and family to easily share music or see what your peers have been liking and listening to. It’s a good feature but yet another one that Spotify has had them beat on for over a year.

Apple are introducing some shared listening experiences too, for example the ability for anyone in a group to decide what comes next in a playlist. Great for parties and getting that one person who never gives up the aux cable to sit down and be humble. 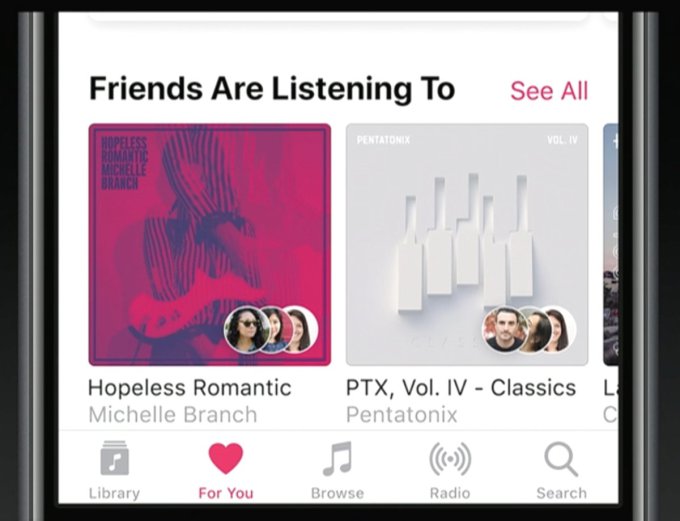 Apple Music is also getting some nice updates to it’s Apple Watch app with bigger album art, support for multiple playlists as well as automatically updated sections like curated selections of new music recommended for you.

As Apple Music move towards 30 million subscribers these updates fortify their phenomenally successful (so-far) music service however are unlikely to draw new users in. Instead it gives existing users some cool features which some say should have been there all along – but better late than never.

Find me here
Jacca-RouteNote
Head of Marketing at RouteNote
Writing about music, listening to music, and occasionally playing music.

After expressing an interest in selling his publishing rights Crosby has now done so to Iconic Artists Group.

With Content ID on YouTube and Facebook, anytime your music is used in videos we’ll be able to ensure you are earning your rightful revenues from it.. for FREE.