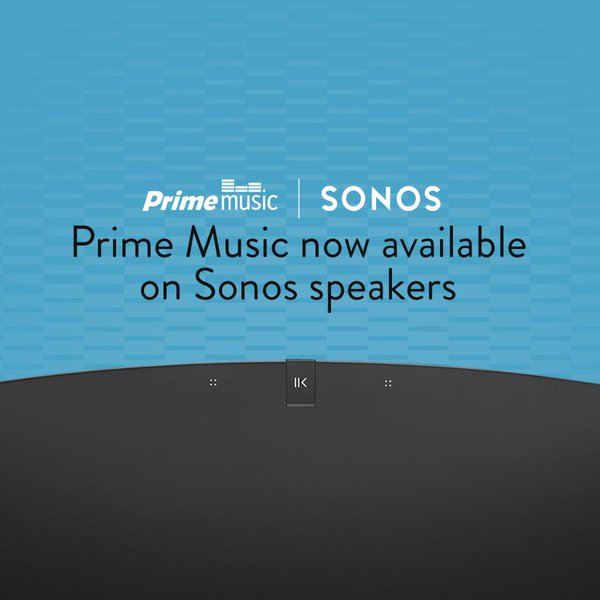 Sonos speaker systems have been adding streaming partners one by one to stream music on their wireless casting speakers. Amazon music arrived on Sonos in the US last October and today, 6 months later, it’s available in the UK.

Amazon revealed an exclusive party will take place next month to celebrate launching on Sonos in the UK that Prime members can win a ticket to. The party will feature a special DJ performance from Mark Hill of Artful Dodger.

Here’s what Amazon said about the party:

Amazon will also host a special Prime Music House Party @ Sonos Studio for lucky Prime customers who can win tickets through a prize draw. The exclusive party, which will take place on Wednesday 18th May at Sonos Studio in Shoreditch, London, will see each room themed using Prime Playlists and Prime Stations. The night will feature a special DJ performance by Mark Hill. Mark is one of the godfathers of UK garage – – an original member of Artful Dodger, he produced and wrote  “Re-Rewind”, “Fill Me in” (with Craig David), “Movin’ Too Fast” (with Romina Johnson), and many more. The Artful Dodger was the most commercially successful UK Garage act at the height of the scene in the late 90s. Mark now works across many genres and is widely heralded as a hugely influential writer, producer, DJ and pioneer of the UK garage scene which has been experiencing a renaissance in recent years.

Amazon’s music streaming service is included in their Prime subscriptions that give you access to their Netflix-like video service, next-day delivery and more. Amazon recently updated their Prime service with two new monthly subscription options, one for just their video streamer and the other for all of Prime which was only available yearly before.

Keep an eye on Amazon Music UK’s Twitter page to find out how you can win a ticket to Amazon’s Prime Music House Party.