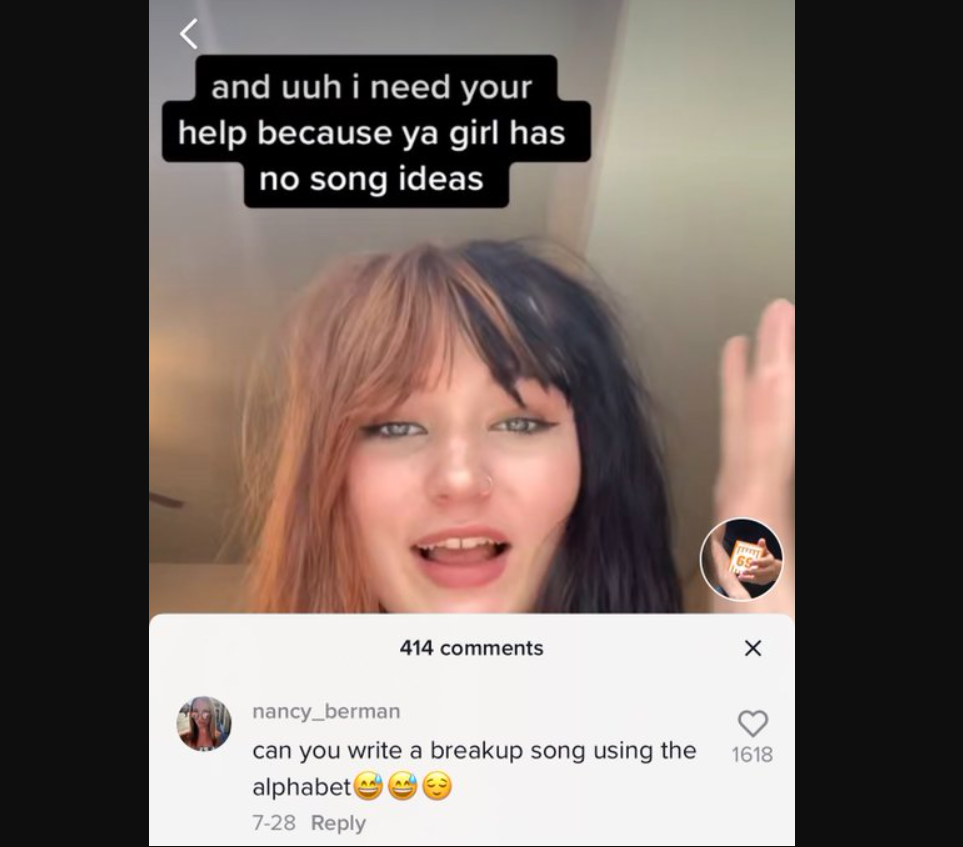 The power of music on TikTok is not to be sniffed at. Sceptics should be directed to an illuminating Twitter thread by Alice Ophelia. It nicely lays out the journey of one 17-year-old’s song, “abcdefu”, from a TikTok comment to 90 million Spotify streams and a number two slot on the official UK charts.

Songwriter GAYLE had released her first single in January 2020 but her popularity exploded in July 2021 after she responded to a TikTok comment from a fan asking “can you write a breakup song using the alphabet?”

Usually music goes viral on TikTok and becomes popular in the wider online world when users subsequently look for the full song on YouTube and on streaming services. In the case of “abcdefu,” born from a request for a songwriting prompt – a great example of how musicians use TikTok to engage with fans and get creative inspiration – the official song came out two weeks after.

Released on Atlantic Records, “abcdefu” has the angsty honesty of an Olivia Rodrigo track, mixing chugging guitar with an RnB beat. It opens straight in with the chantable chorus, and it struck a chord with teens on the app.

As is the way with TikTok, the song sparked a viral challenge. In the case of “abcdefu,” the trend featured teenagers smashing plates in time to the defiant hook. The song has been used on over 900 thousand videos, and GAYLE has gained over 12 million TikTok likes in the past month alone.

The song soon amassed a million streams outside of TikTok. And in the week of December 9 2021 “abcdefu” was number one on the US iTunes all-genre chart, and number two on the UK Official Singles Chart. That’s officially breaking out of the TikTok bubble.

We’ve seen trends catapult other musicians into success beyond TikTok, such as Nathan Evans, the originator of the #ShanktyTok trend, who scored a record deal off the back of his viral acapella TikToks.

The randomness of TikTok means it’s hard to capture that same viral excitement after your first success, but once a musician is established outside of the app career longevity is more likely. How GAYLE uses her viral fame should be an interesting ride to follow.

So it’s official. If you’re a musician, get yourself set up on TikTok. GAYLE’s trajectory is a nice example of how to use the app well, not only for sparking creativity and giving yourself a challenge but also for music promotion. Start making videos featuring your music and engage with the community, and you never know what might come from it.

Before you set up a TikTok account, put your music on the TikTok sound library. You can do this for free through RouteNote! Each time your song is used in a video on TikTok you’ll earn royalties, and who knows – your song could inspire the next tableware-wasting trend.