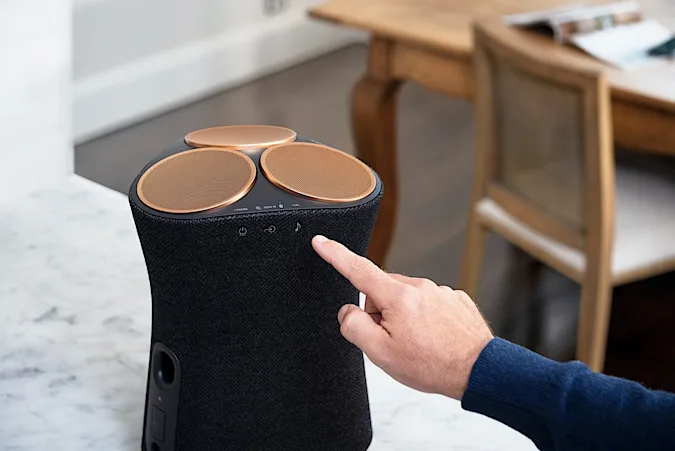 Sony revealed prices and opened up pre-orders for their next generation audio experience with their two very first 360 Reality speakers.

Sony have now given prices to their two futuristic speakers and, coming in at $300 and $700, the next generation isn’t coming at a dizzying cost. It is Sony’s first foray into the world of 360 audio which we’ve seen a number of notorious speaker makers exploring in recent years including Huawei – and even a “720-degree audio” speaker from ASQY.

But what even is 360 audio? Well, in case this part wasn’t obvious; the 360 refers to a 360-degree coverage sound that boasts a fuller sound all around a speaker rather than primarily in front of it. Sony describe their new speakers as offering “ambient room-filling sound”.

In general, it will simply fill the space around the speaker well. However, certain audio platforms like Amazon Music HD, TIDAL, and some more Hi-Res streamers offer specifically tailored 360 Reality Audio content that is designed to work to the advantages of the speaker’s design. It’s supposed to take the audio beyond high quality to work the space into the sound.

As both of Sony’s new speakers, the $300 SRS-RA3000 and the more expensive SRS-RA5000, have 360 Reality Audio capabilities the difference isn’t in that technology. The RA5000 is Hi-Res Audio certified, meaning that it is technically capable of playing better quality music. Whether that’s a feature worth paying more than double for, well that’s up to the audiophiles. The bigger size and presumably volume is also a benefit to the RA-5000.

Interestingly, whilst both speakers offer sound calibration features to optimise their sound to the room they are in for the best performance, only the RA3000 does the feature automatically whilst the RA5000 requires users to press a button.

They do both offer automatic volume adjustment that helps to keep levels consistent between different songs. For connection, both feature Chromecast and Spotify Connect. Whilst they can be connected to other devices and controlled by Alexa and Google Assistant like that, they don’t work with voice controlled assistants directly.

Both speakers are available for pre-order – if you can manage to find anywhere that hasn’t sold out of them yet – with shipping expected to happen on the 29th March.